In a victory for free labor, the U.S. Department of Labor (DOL) has cancelled its solicitation for bids to build a new Jobs Corps Center in the state of New Hampshire. Why is it a victory? Because initial plans to receive bids would have discriminated against non-union construction companies per President Obama’s orders. Over 80% of all construction companies are non-union. 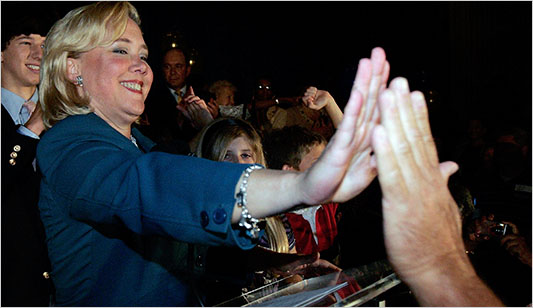 Executive Order 13502, signed early in Obama’s term, was applied to the New Hampshire construction project and instituted what is known as a Project Labor Agreement (PLA). A PLA is a way to force all companies working on a construction project to agree to union rules, dues, pensions and payments whether they are union shops and their employees are union members or not.

In effect, a PLA turns every employee and company working on a PLA enforced project into a unionized force. Naturally, this drives up costs, lengthens deadlines, and forces employees to fork over dues money even if they don’t belong to a union.

A PLA ruling either outright excludes non-union companies (often as much as 80% of the workforce in any particular state) or forces them to be hobbled under union rules, but PLAs are nothing less than a government payoff to unions. In essence a PLA is a direct transfer of government money to union coffers and that is precisely why President Obama decreed via Executive Order that henceforth all government construction projects would be forced to proceed under PLAs.

As David Denholm amusingly put it:

To put this in perspective, picture a thug at a candy store in Chicago telling the store’s owner that for a weekly payoff his windows won’t be broken and his customers will not be molested. The cost of the weekly payoff is, of course, passed along in higher prices to the purchasers of candy. The thug has the additional economic responsibility to impose the same terms on all other candy stores in the area so that his client won’t be at a disadvantage.

I wonder why Mr. Denholm used Chicago as his example…

“This is a real win for the principle of fair and open competition in government procurement,” said North Branch Construction attorney Maurice Baskin of Venable LLP, ABC’s General Counsel. “It is no coincidence that the Department of Labor cancelled its unlawful PLA mandate the day before the agency was required to file a response to our bid protest. We demonstrated that there was no justification for imposing a PLA on this project and that the PLA mandate violated the Competition in Contracting Act and other longstanding federal procurement requirements.”

“There is no justification for playing favorites in the government procurement process,” said ABC President and CEO Kirk Pickerel. “We hope that other federal agencies will heed this example and recognize that PLAs only result in delayed construction and harm to taxpayers. ABC will continue to protest any attempt to impose PLAs on federal construction projects in violation of competitive bidding laws.”

“The Department of Labor can still move this project forward by abandoning this illegal PLA,” said Ken Holmes, president of North Branch Construction. “Our company and other New Hampshire businesses deserve a fair opportunity to provide the public with the best construction product at the best price and we hope the Labor Department will build this project without a PLA in early 2010.”

It remains to be seen if this success can be replicated in other projects in the future, but for now this can be seen as a victory for free labor and a hopeful precedent for the future.