The logs show that a ‘Jodie Evans’ met with Buffy Wicks, the Deputy Director of the White House Office of Public Engagement (OPE) on June 19, 2009. The meeting came just days after Evans’ group, Code Pink, visited the terrorist group Hamas in Gaza from May 28th to June 14th and was given a letter by Hamas to deliver to President Barack Obama.

On December 30th, the Obama administration released 25,000 records of visitors to the White House complex from the latter half of September. Mixed in those records were visits from other dates, including two by ‘Jodie Evans’ in June.

One visit is listed as a two-person meeting with Buffy Wicks in Room 146 in the Old Executive Office Building (OEOB). The meeting was scheduled at 19:02, June 16th for 10:30, June 19th by Ashley Baia, Staff Assistant with OPE. The meeting end time is recorded in the default setting of 23:59 for that day.

The record slots are blank for arrival, departure and cancellation notations, as are many of the records for visitors. There is no record of who was the second person in the meeting between ‘Jodie Evans’ and Buffy Wicks.

The log shows that visit by ‘Jodie Evans’ was scheduled five minutes after the tour began and was set by “VISITORS OFFICE.”

The June 24th appointment was apparently made by ‘Max Palevsky,’ a name shared by Jodie Evans’ ex-husband and current partner (it’s a California thing), on June 22nd at 17:53. 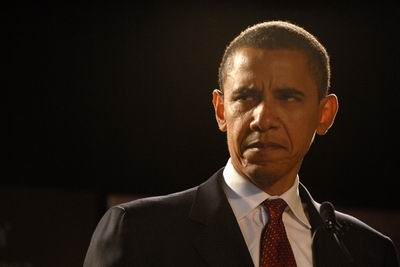 Like Jodie Evans, Max Palevsky was a bundler and donor for Obama’s presidential campaign. He was a co-host of Obama’s breakthrough Hollywood fundraiser in February 2007 along with Jodie Evans and the Dreamworks Trio.

When names of controversial associates of Obama and his administration have turned up in the visitor logs, the White House has denied that it was the controversial person and just a coincidence that similarly named people were on the list–including ‘Jeremiah Wright’, ‘Bill Ayers’ and ‘Malik Shabazz’.

The White House will have a harder time denying that it was Obama funder and terrorist sympathizer Jodie Evans who twice visited the White House in June.

Since Obama was elected president, Jodie Evans (and Code Pink) has met with the Taliban, Hamas, Mahmoud Ahmadinejad and President Obama, raising questions as to whether she is acting as a conduit for the terrorist groups to or from the president.

Jodie Evans has been quite outspoken in her her sympathies for terrorist groups that target the United States and our allies.

Are they circling the wagons? The Democrat-party-front-group-acting Media Matters for America took great delight in hectoring Big Government over its report on ‘Bertha Lewis’ visiting the Obama White House.

Media Matters has ignored BG’s articles about Obama and Jodie Evans so far. Let’s see if they also try to knock this story down about Jodie Evans’ visits to Obama’s White House.