My late father had a phrase to describe the arrogant intellectuals unacquainted with real life who foist their insane ideas on the “unenlightened” rest of us: The phrase was “educated idiots.” 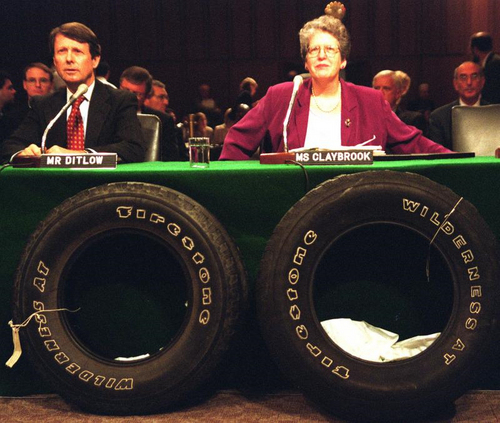 Sadly, today his words ring ever truer. To witless:

(In what is rarely a good sign) a New York Times blog reports the Harvard-based Belfer Center for Science and International Affairs has determined fuel prices must rise significantly to reduce carbon dioxide emissions. Thus, in the name of discredited Leftist psuedo-science, your gas prices could reach $7 a gallon.

In this tepid spat of Think Tanks vs. Gas Tanks, we glean two things: these researchers have recession-proof jobs; and they are unconcerned you don’t.

How else to explain these researchers’ cavalier demand that your shrinking family budget must get smaller and your job must become more tenuous all so Goddess Gaia can keep her cool?

In our real world, the United States Bureau of Labor Statistics’ 2009 annual summary reports that unemployment rates rose last year in all regions, divisions, and states. And nowhere is the pain of this recessed economy deeper than in my Michigan, which had the largest increase in unemployment percentage from last year (5.3%); and has held the nation’s highest unemployment rate since this recession began (at times exceeding 15%).

In Michigan and across the country, hard-working Americans cannot afford a government-dictated increase in fuel prices or any other energy source. This simple fact is lost upon the educated idiots who egotistically believe they can control the weather by hiking your taxes and cost of living; taking your job; and dictating your life.

Ergo, the inaugural Educated Idiots Award goes to the Harvard-based Belfer Center for Science and International Affairs. While you can still afford to do so, feel free to honk your displeasure at them as they segue into work.