An unlikely power figure has emerged in the Obama Administration. He’s not a great orator, nor trendy, nor well-known. But, if the ability to influence national leaders, shape a national agenda and influence public opinion are indicators, then, Peter Orszag, the Director of the Office of Management and Budget (OMB), is, arguably, the most powerful and, potentially, most dangerous, man in Washington, DC. 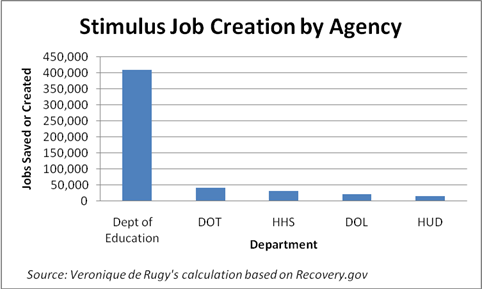 As Director of OMB, Peter Orszag is the arbiter of all financial information shared with Congress. A series of little-known, OMB “circulars”, such as A-11, have established the rules, and repercussions if violated, by which Executive branch agencies communicate with Congress, especially regarding budgets, funding and agency priorities.

OMB, the President’s gatekeeper for budget matters, executes a complicated juggling act, balancing Obama Administration priorities and budgetary spin, against agency needs. Frequently, to secure a critical vote, an elected member may be rewarded with a pork project for the folks back home, and, often, it’s the OMB director that has to figure out how to avoid the appearance of a bald-faced bribe, while manipulating CBO scoring on infrastructure projects. Orszag, as the former head of CBO, understands exactly how this game is played. Thus, most of the project and budget information that Congress reviews have been shaped by OMB’s preferences.

Peter Orszag controls much of the content and quantity of the data flow to Congress, to the President and to American citizens. Orszag has oversight over most of the federal government’s critical data reporting structures. Apart from the ineffective and error-prone Stimulus reporting sites (data.gov, recovery.gov),, OMB oversees federal contract opportunities and federal grants.

Perhaps even less well known, OMB reviews and edits most of the testimony submitted to Congress, and edits most of the responses that Cabinet members and federal agencies submit in response to Congressional queries. Hence, Mr. Orszag is able to not only manipulate the numbers, but is simultaneously able to insure that there is discipline throughout the Administration regarding talking points.

The great concern is that Mr. Orszag, by all accounts a bright fellow, seems to demonstrate an ability to misrepresent facts and figures to further the confusion. Put bluntly, Mr. Orszag does not seem to be a truthful man. Moreover, he seems unusually good at deception. From the deceptions and messiness of his personal life, where salacious stories, recently publicized about his personal life, of two girlfriends and an illegitimate child, generated a media frenzy, we learn that Peter Orszag seems especially adept at deceiving those closest to him, people that know him best. In his official capacity, Mr. Orszag seems to have been especially deceptive, able and willing to misrepresent facts.

This past year, to advance the myth of “jobs created/jobs saved”, Orszag seems to have used his power to fudge the Bureau of Labor Statistics unemployment numbers (dropping millions of unemployed Americans off the reports, thereby enhancing the monthly unemployment statistics) and he has enhanced the “jobs created” numbers, by issuing a memo, directing Agency heads to claim that all existing federal government jobs, where work is performed administering Stimulus funds, should count as “jobs saved”.

Nowhere will this willingness to deceive be more keenly felt than in the follow-up to the recent Healthcare Reform legislation signed into law by President Obama. Congress has trusted a CBO scoring that requires over $500Billion in cuts to various government programs and entitlements. OMB is the office that will ultimately have the responsibility for identifying, tracking and reporting on these cuts, since expenditures for Health and Human Services (HHS) and Social Security Administration (SSA) report to OMB. What OMB decides to show Congress is what Congress is going to see.

The Administration will, understandably, be eager to claim that cuts were made, but if the past year’s accounting by OMB is any indication, the cuts are unlikely to occur, though the data may be manipulated to imply that the cuts occurred. This kind of obfuscation is bad for Congress, which will be trying to measure whether the Healthcare Reform program is working as advertised, and bad for American taxpayers, who are getting stuck with the bill.

Americans might expect that others , wise to these sorts of shenanigans, might blow the whistle, but that’s not likely to happen since for the OMB Deputy Director chairs the (President’s) Committee for Integrity and Efficiency (PCIE) which oversees the federal government’s Inspectors General. Indeed, when one IG at OPM recently tried to go around OMB, an OMB staffer bluntly asserted that “we will make your life miserable”.

Mr. Orszag’s most publicized, cost-cutting effort was the SAVE competition, designed to encourage federal employees to identify waste and propose solutions to trim the ever-growing $1,300,000,000,000 deficit. The winning idea recommended that patients at Veteran Hospitals take home unused eye drops and other over-the-counter medication when discharged. Not a bad idea, but it is becoming clear that the SAVE program, like so many of Mr. Orszag’s other efforts, was primarily a PR gimmick that helped deflect criticism about the Administration’s out-of-control spending.

Mr. Orszag has been especially active in government contracting, (the head of federal procurement – the Office of Federal Procurement Policy [OFPP] is part of OMB) and Orszag has boasted of improvements. But, the results flowing from his decisions are making existing procurement problems worse, crushing small business opportunities and exacerbating the very problem he hopes to solve. Indeed, the health of the once-vibrant, small business, government contracting community has probably never been so dire, and is likely to get much worse as a result of Mr. Orszag’s ham-handed efforts to improve the federal acquisition system.

What makes Peter Orszag so dangerous is his access to more information, at a granular level, than any federal employee. Information is power, and the ability to sculpt information with impunity makes Orszag dangerous. Information withheld can cause as many problems as information that has been doctored, and whether intentional, or not, inaccurate information, disseminated by OMB, presented as fact to Congress and the American people, is what has often occurred.

So, at a time when our nation needs to confront our budgetary problems with honesty and determination, Americans should be asking themselves: are Orszag’s skills at deception what we really want to see in our OMB director?