Attorney General Eric Holder recently made statements to the New York Times so detached from reality that they could have been written by scheming Republican operatives for fun. In particular, Holder tells the Times that the lawless dismissal of voter intimidation charges against the New Black Panthers is “a made up controversy.” I have written about Holder’s accelerating detachment from reality in the interview, along with Jen Rubin. 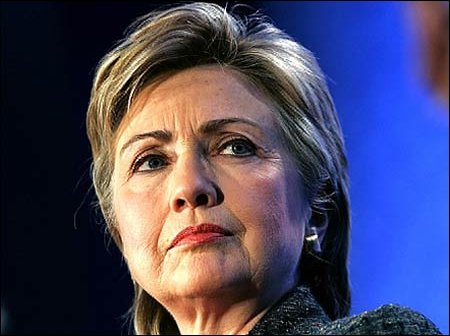 Putting aside the fact video exists of the armed uniformed thugs in Philadelphia, Holder did something even worse than flirt with kooky conspiratorial characterizations of the fallout from the Black Panther dismissal. When Holder announced to the New York Times that there “is no there there,” he let the Justice Department’s Office of Professional Responsibility (OPR) know what he believes the outcome of their ongoing investigation into the dismissal should be. In other words, he tampered with their investigation.

Holder’s close friend Deputy Attorney General James Cole will have the power to veto any critical conclusions by OPR.

Holder’s response to the New York Times? It’s a “made up controversy.”

Holder’s performance to the New York Times is more than simply ludicrous, it is meddlesome. When Holder made these partisan campaign-style attacks, he meddled with two ongoing investigations in a way that previous Attorney Generals would never do.

The DOJ OPR is currently investigating whether or not Steve Rosenbaum, Loretta King, and other DOJ political appointees used improper considerations when they ordered the dismissal of the New Black Panther case. The problem is that Eric Holder sits atop the chain of command for every OPR attorney working on the investigation. Eric Holder, and his newly recess-appointed Deputy Attorney General James Cole, oversee OPR. They have the power to fire, and as was recently exercised, hire the head of OPR. The incoming head of OPR, Robin Ashton, was just named by Holder. Ashton will have the power to tamper with any findings in the New Black Panther investigation, and bring them more in line with Eric Holder’s pronouncements to the New York Times.

When Holder made wild assertions about the dismissal of the New Black Panther case to the New York Times, you can be sure every single person working down the chain of command on the investigation took note. For them to reach a finding contrary to Holder’s statements guarantees a bureaucratic headwind from the highest levels of the DOJ. That’s a career killer inside Justice. Few can be expected to have the courage to confront the falsehoods of an Attorney General from within the bureaucracy. There aren’t many with the courage of DOJ lawyer Christopher Coates.

The DOJ Inspector General is also investigating the circumstances surrounding the dismissal of the New Black Panther case and hostility toward racially equal enforcement of civil rights laws under Eric Holder. I have already given lengthy interviews with the IG about this hostility, as have many others.

Yet Eric Holder has announced his opinion of the investigation in the interview. The IG is just looking into “a made up controversy,” he says.

America might soon long for the good old days of Attorney General Alberto Gonzales. When the DOJ OPR and IG were investigating conduct during his tenure, he had the sense and integrity to withhold comment. Instead of telegraphing his views to the investigative authorities as Holder did, Gonzales made it clear it wouldn’t be appropriate to comment while an investigation was ongoing.

Holder doesn’t care even about the appearance of impropriety. He plainly let the investigators inside OPR and the IG know what he thinks they should conclude.

Worse, Holder almost taunts the majority of Americans who believe men wielding weapons at the entrance to a poll and hurling racial slurs is a serious matter, no matter the race of the perpetrators. All “made up,” he shockingly concludes, providing sanctuary to armed thugs from the highest levels of our government.