The feminine pitch of Senator Reid’s voice not withstanding, in the context of the heavily documented death threats and vandalism recently committed by Progressive Democrat radicals in Wisconsin, calling Tea Partiers radical betrays his apparently giant set of testicles.

Now that Senator Reid has foolishly raised this issue, let’s compare radicals, shall we?

On one hand, Progressive radicals specialize in rioting, destroying property, and frequently engaging in violent behavior. 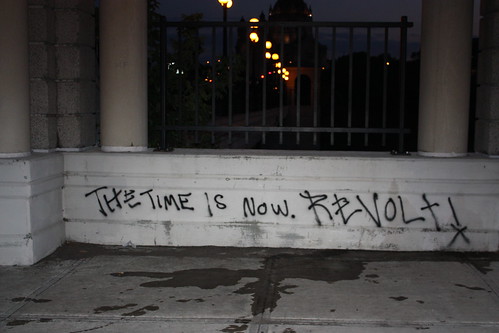 The typical Progressive protest march consists of a group of people called “arrestables”. Their specific function is to stage a confrontation with police and….wait for it….get arrested. 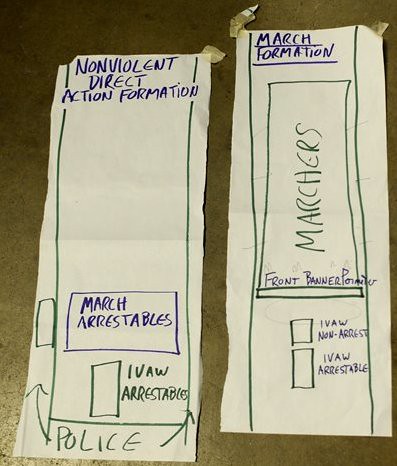 There is no basis of comparison here. Tea Party “radicals” have never employed the violent and disruptive tactic of getting arrested.

In contrast, your typical Tea Party “radical” cleans up after their rally. They never destroy property, or engage in violent behavior. NEVER.

Juxtapose these left and right radicals: 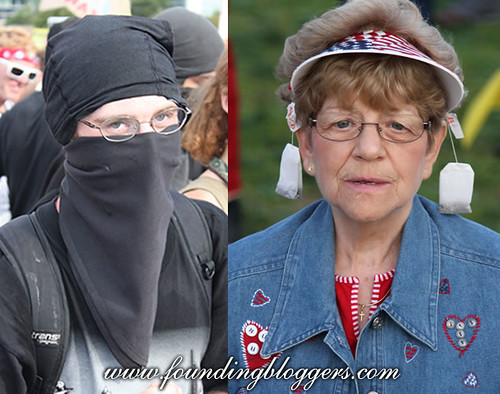 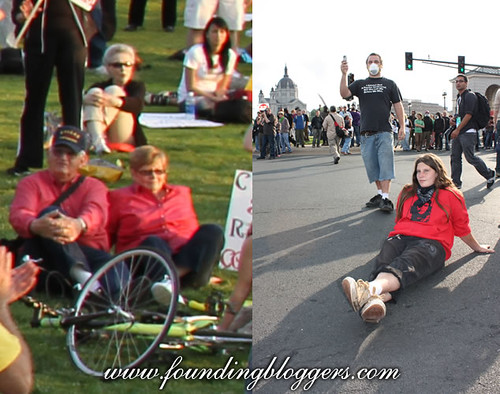 Now, who’s radicals do you relate to? Which radicals would you want as family members? Huh, Harry? What’s your Thanksgiving table look like? Do you have your Democrat party organized Progressive Anarchists with you when you dine, or do the people around you look more like the average folks at a Tea Party.

Senator Reid is not a serious man.