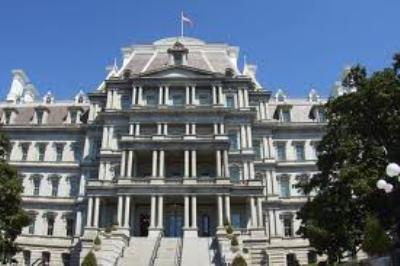 On May 3, 2011, Attorney General Eric Holder appeared before Congressman Darrell Issa (R-CA) and the House Oversight Committee for questioning on Fast and Furious.

During questioning, Issa asked: “When did you first know about the program…called ‘Fast and Furious?”

Holder responded: “I’m not sure of the exact date, but I probably heard about Fast and Furious for the first time over the last few weeks”

As I’ve written elsewhere, at the very moment Holder gave this answer, it was a safe bet he was being less than completely honest with the Congressional committee. But now the evidence, having become insurmountable in just the past 48 hours, makes it crystal clear that Holder lied to Issa and the House Oversight Committee.

And on October 18, 2010, documents show that Assistant Attorney General Lanny A. Breuer sent communiqués to Holder warning that indictments for Fast and Furious could come soon.

In response to this growing mound of evidence against him, Holder is now saying he “misunderstood that question from Congress [on May 3rd], that he did know about Fast and Furious, just not the details”

This is the same tired defense others under Holder have been making – that they knew about Fast and Furious but not about “the details,” i.e. about the guns being walked into Mexico. However, this just won’t fly. It’s an insult to common sense and runs counter to the facts available to the public at large.

For example, documents show that on October 22, 2010 a Deputy Attorney General sent Holder a memo in which he basically said he didn’t expect much trouble to arise if knowledge of gun walking became public, because it was already an excepted fact that U.S. guns were being used by Mexican gangs in Mexico.

The Deputy Attorney General’s exact words to Holder: “It’s not going to be a big surprise that a bunch of U.S. guns are being used in [Mexico], so I’m not sure how much grief we get for guns walking.”

The bottom line: Holder knew about Fast and Furious at least as early as July 2010, but on May 3rd he told the Congressional committee he had only known about it for a “few weeks.” This means he mislead Congress, a crime made even more egregious by the fact that he had received regular updates on Fast and Furious from July 2010 through May 2011.

Also, Holder has maintained he had no knowledge of guns walking into Mexico via Fast and Furious, but the October 22, 2010 memo proves he not only knew, but was told not to worry about it because no one would be surprised at U.S. guns in Mexico.

What is House Speaker John Boehner doing today? If it’s anything other than initiating impeachment proceedings against Holder, then he’s wasting our time.

Article II of the Constitution gives Congress the power to impeach “the president, the vice president and all civil officers of the United States.” And it’s time to use that power.

Holder lied, and hundreds died via Fast and Furious.