Photographer Tony Powell is, according to the Washington Post, a “renaissance man.” He’s known for his choreography, painting, composition, and graphic design along with his photography. But it’s certainly odd that on October 2, two days in to the government shutdown, Powell announced that he would be holding a Thursday photo shoot with President Obama via Facebook: 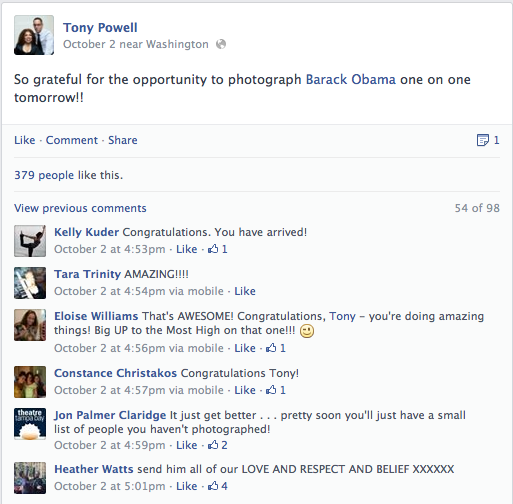