Democratic Reps. Charles Rangel, Luis Gutierrez, Keith Ellison, Joseph Crowley, Al Green, and John Lewis, along with several other pro-amnesty activists, union members, and other left-wing protesters, got themselves arrested on purpose on Tuesday afternoon in a statement made in support of comprehensive immigration reform.

Only a few hundred demonstrators participated in the part of the rally that led to the arrests, while several thousand rallied on the National Mall earlier in the day. 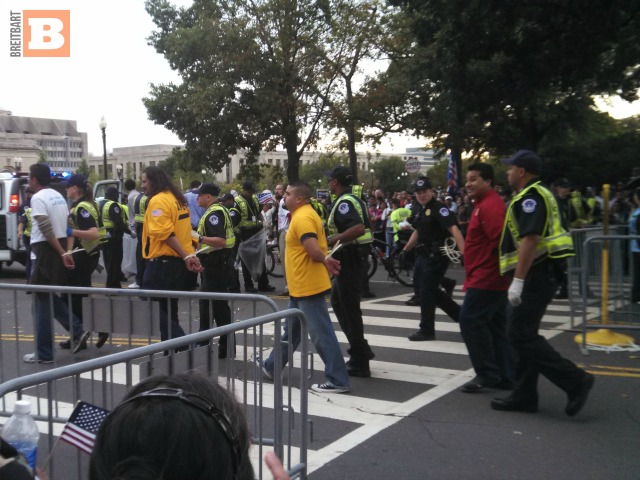 NBC’s Washington, D.C. affiliate reports 200 were arrested on scene while a couple hundred activists cheered the demonstrators on from the sidewalks on both sides of First Street between Maryland Avenue Southwest and Pennsylvania Avenue Northwest. Officers broke out barricades to keep activists on the sidewalk, as AFL-CIO and other union organizers wearing orange vests with their organizations’ namesakes emblazoned on the back organized the crowd.

Those lining the streets would cheer and chant things like “Yes we can!” and “Si Se Puede!” whenever another person volunteered to be arrested and whenever they were taken in groups into police transport units to be taken to the authorities for processing. 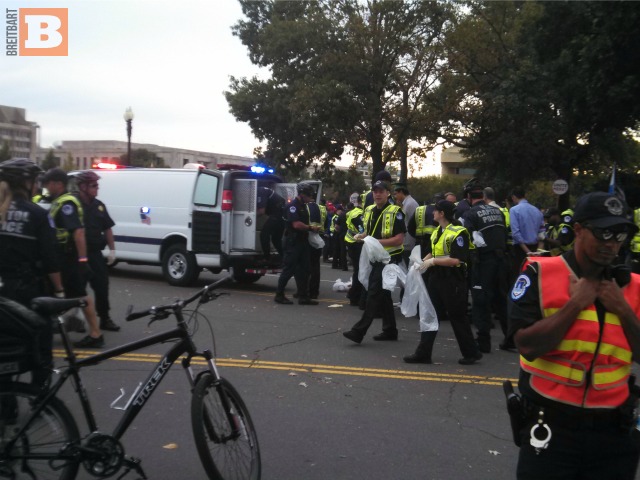 The amnesty activists also littered signs, papers, flyers, and other materials for their cause along the street, forcing the unpaid Capitol Hill police officers to clean up the street in the shadow of the Capitol building up after them. Officers could be seen bending down to pick up the trash left along the sidewalks, as hundreds of amnesty activists cheered those being arrested. 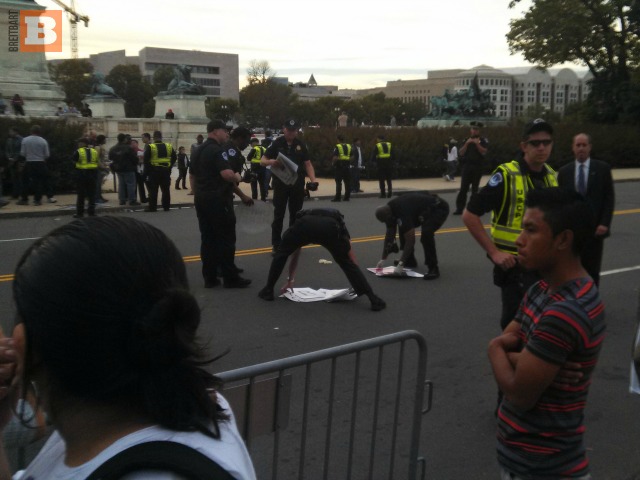 Around 4:45 PM ET, the U.S. Capitol Hill Police “Command Center” emailed congressional staffers who are not on furlough, warning them against visiting the area for their own safety from the amnesty activists as they continued wrapping up the arrests. “The U.S. Capitol Police are continuing their response to demonstration activity,” the USCP Command Center wrote to staff. “Please continue to avoid the following area until further notice: First Street between Maryland Avenue, SW and Pennsylvania Avenue, NW.”