The following press release comes from the podcast Brought to Light:

On Monday February 23rd in Washington D.C., the podcast Brought To Light will be holding a press conference to announce important new developments in the Mette Rape Scandal. At this event, we will reveal never before seen evidence of obstruction of justice by Attorney General Marty Jackley & other South Dakota officials.

Also appearing at the press conference will be former South Dakota Division of Criminal Investigation agent Mark Black, who will be leveling specific charges of wrongdoing against Jackley and others.

AG Jackley is the President-Elect of the National Association of Attorneys General, who begin their Winter Meeting on Monday. Our press conference will be held across the street from the NAAG event, just before the NAAG conference opened.

However, one high proflile memeber of NAAG with big political ambitions has a brewing scandal back home. The group’s President-Elect is South Dakota Attorney General Marty Jackley, who is alleged to have abused his authority to cover up a stomach turning child rape case that threatened to cause media embarrassment and expensive lawsuits over the state’s controversial foster care program: a story known as the Mette Rape Scandal.

At 10:30am on the same Monday that the NAAG Winter Meeting kicks off, our press conference will be held across the street at the Hilton Garden Inn where Mark Black, a former investigator for AG Jackley’s Division of Criminal Investigation, will reveal new details about how South Dakota officials broke the law in order to shut down a lawsuit by child victims. Both the mainstream media and citizen journalists are invited to attend.

For years, 6’9” 310 pound Richard Mette raped & tortured his adopted Lakota Indian daughters at the home he shared with his wife Wendy Mette in the town of Aberdeen, South Dakota. The abuse went on for years, including sickening details like forcing his daughters to choose between “Beating or BJ.” 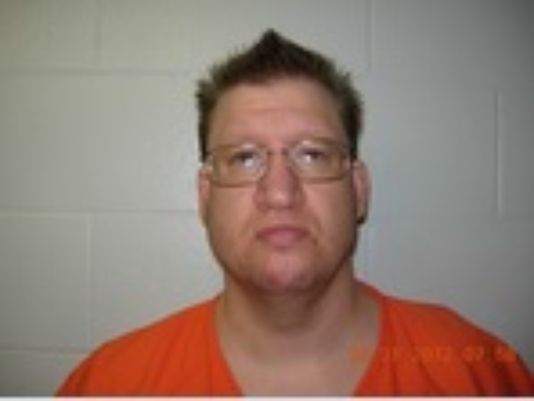 Abuse Could Have Been Stopped Earlier

The South Dakota Department of Social Services investigated the Mettes twice before the 2010 arrests; once in 2001 and another time in 2007. In both investigations, the police and DSS found evidence of pornography openly in the house, inappropriate touching and physical abuse but left the children in the home and allowed the Mettes to continue in the foster parent program with a warning to stop spanking the children.

After the 2010 arrest, the rape and abuse cases against the Mettes were spearheaded by a young Assistant State’s Attorney named Brandon Taliaferro and a children’s advocate named Shirley Schwab. Both Taliaferro and Schwab clashed with the DSS, who were trying to reunite with girls with Wendy.

A few months into the case, a stunning turnaround happened when a lawyer for Mette’s victims announced a lawsuit against the DSS.

Almost immediately, Taliaferro was removed from the Mette case. In September 2011, under a direct order from South Dakota Attorney General Marty Jackley, Brandon Taliaferro was fired from his position as an Assistant State’s Attorney.

Schwab continued to work on the case. On October 31st, 2011 she filed a court report that included evidence that State’s Attorney Dorsett had a lucrative side contract with the Department of Social Service that prohibited her or her private law firm from doing anything “in opposition to the interests of the state of South Dakota or any of its departments.”

All But One Charge Against Rapist & Wife Dropped

The combination of the NPR exposé and Schwab’s conflict of interest revelation created an immediate pushback from Dorsett, working in concert top law enforcement officials in South Dakota at the direction of Attorney General Marty Jackley.

Within days, a secret plea deal was made to drop all charges against Wendy Mette, and AG Marty Jackley gave the order that investigating Schwab and Taliaferro for witness tampering was the “top priority” of Division of Criminal Investigation agent Mark Black. Dorsett filed a false affidavit, Schwab alleged, and the homes and offices of Taliaferro and Schwab were raided and their computers seized.

South Dakota State’s attorney Michael Moore officially dropped all charges against Wendy Mette and dropped 22 of the 23 charges against Richard Mette, who was given a 15 year sentence for years of taxpayer subsidized rape and torture of his adoptive daughters. The girls were ordered to be sent back to live with Wendy Mette, which ended any lawsuit against the State or the DSS.

Schwab and Taliaferro were arrested and charged with witness tampering and subornation of perjury. They faced forty years in prison. When the trial eventually happened, the state’s case against Taliaferro & Schwab was so weak that the Judge took the almost unheard of step of stopping the trial halfway through after the prosecution rested. Two charges had been dismissed by the state, and the Judge threw out the rest.

That didn’t end the nightmare for Schwab and Taliaferro, however, who had lost their livelihoods and racked up hundreds of thousands of dollars in legal bills. Taliaferro was unable to get the dismissed charges expunged from his record because South Dakota law requires consent of the prosecutor.

Just two weeks ago, AG Jackley testified that Taliaferro should not have his record expunged.

About Brought To Light

The Brought To Light podcast untangles big, important news stories that have been buried or mangled by the media. Like the popular podcast Serial, it lays out a complex story over a series of episodes. It’s available on iTunes and on the BroughtToLight.com website.

The show is produced and presented by Lee Stranahan, who has written for two of biggest political sites in the America: The Huffington Post and Breitbart News. Lee has covered stories including Occupy Wall Street, the Steubenville Rape Case, and went to Beirut in 2013 to cover the Syrian refugee crisis and rise of ISIS.

Season One of Brought To Light is called South Dakota Is Scared and is about South Dakota’s myriad scandals related to the Department of Social Services and Attorney General Marty Jackley.