The immigrant population in the U.S. is expected to grow by more than 700 percent over 1970 levels, according to an analysis of Census data from Senate Subcommittee on Immigration and the National Interest Republican staff. 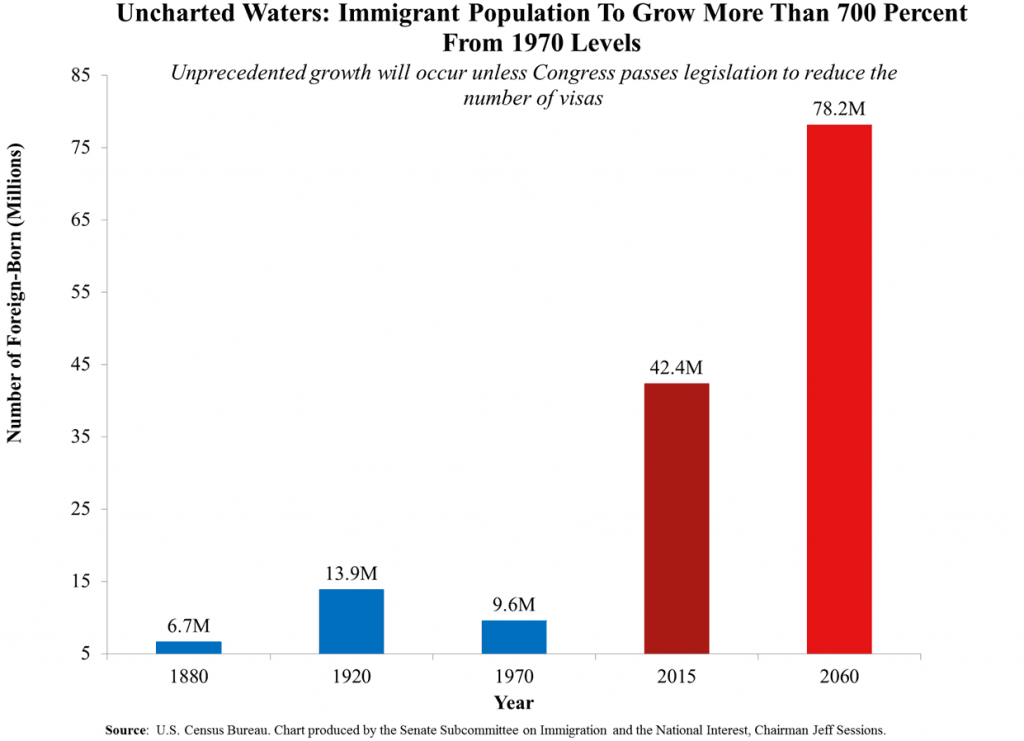 “Covering the entire time period from 1880-1970, the foreign-born population grew roughly 40 percent,” the committee wrote in an analysis. “By comparison, from 1970 through 2060, Census data shows the immigrant population will increase an unprecedented 715 percent – unless Congress reduces visa allocations.”

According to the committee, the current immigrant population at 42.4 million, while already at a record high raw level, is on pace to exceed previously recorded record highs as a percentage of the overall population. From there it is expected to continue to grow.

With 1 in 4 Americans of working age not employed and median incomes lower than they were 15 years ago, the committee argues that the excess labor reduces wages for workers. It added that a majority of Americans say Congress should raise wages rather than bringing in more cheap foreign labor.

“Yet, the Gang of Eight bill would have radically accelerated the already-colossal and historic flow of foreign labor by tripling the issuance of green cards over the next ten years and doubling the flow of foreign workers. And the recently-passed omnibus funded a large refugee expansion and dramatically increased the inflow of H-2B workers to fill blue-collar jobs,” the committee’s analysis reads.