The United States admits more than twice the number of immigrants from majority-Muslim nations than from countries in the European Union, according to a Senate analysis of Department of Homeland Security data. 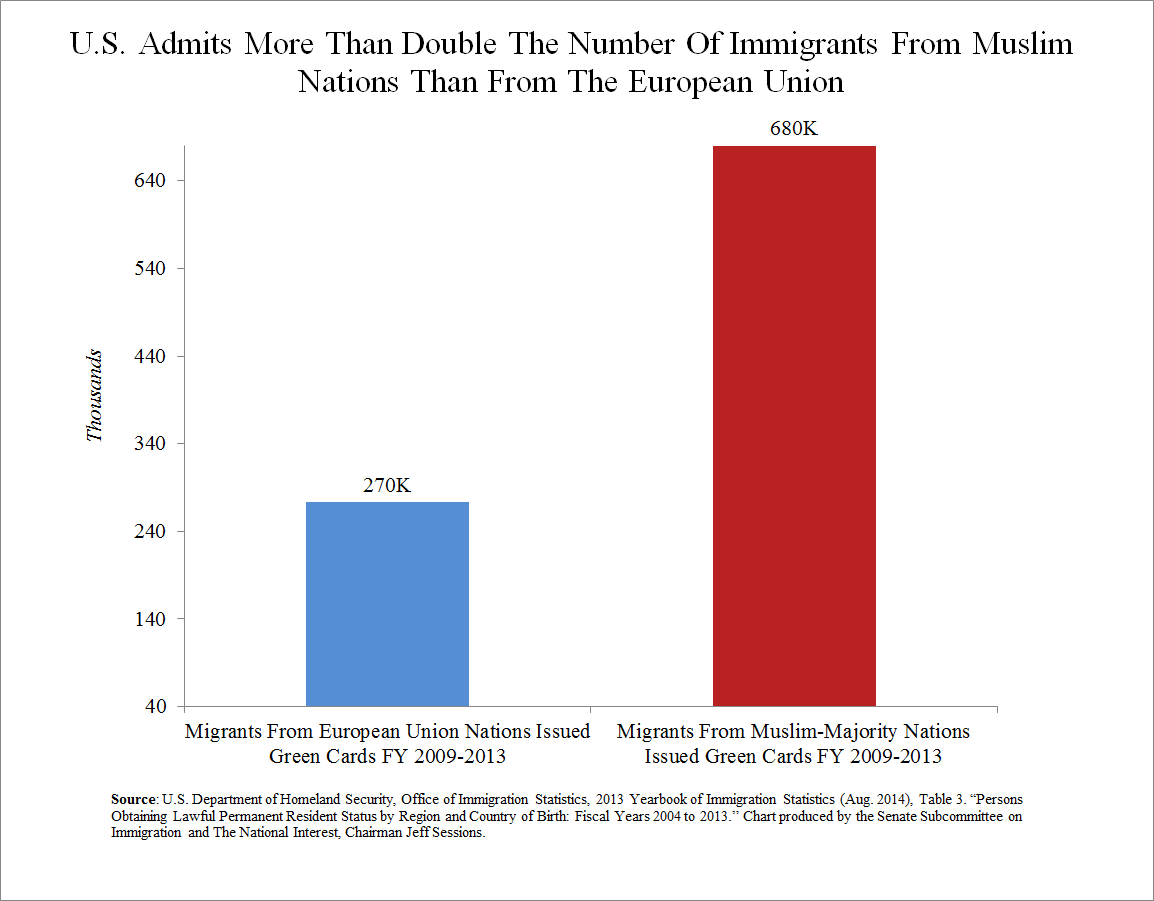 Permanent residency, or a green card, is a step on the path to U.S. citizenship. A green card also provides eligibility for work authorization and, after a time, can open the doors to federal benefits.

The total in the chart, the subcommittee notes, also includes refugees who are eligible for permanent residency after a year. Unlike other types migrants to the U.S., refugees are immediately eligible for a public benefits like Temporary Assistance to Needy Families (TANF) and the Supplemental Nutrition Assistance Program (also known as food stamps).

“Assuming no change in immigration policies, the U.S. can expect to grant green cards to another 680,000 migrants from Muslim-majority nations over the next five years,” the subcommittee noted in an analysis of the data. “The numbers, however, could be higher still: Census Bureau data shows migration from the Middle East to be one of the fastest-growing categories.”

The subcommittee added that Obama’s plan to increase the level of refugees the U.S. accepts, including substantial increases of refugees from terrorist hot-spots like Syria, will compound the level of migration from the Muslim world to the U.S.

“[I]f left in place, the President’s refugee plan would substantially boost the annual number of migrants from this region admitted to the U.S. who, in turn, would be able to petition for their relatives to migrate to the U.S. in the future,” the subcommittee added.