While the budget for deportations has grown substantially over the past four years, the number of actual removals has plummeted.

A new chart and analysis from the Senate Subcommittee on Immigration and the National Interest, obtained exclusively by Breitbart News, details the extent to which taxpayers are paying more and more for fewer and fewer deportations.

More specifically, according to the Subcommittee, while Immigration and Customs Enforcement’s (ICE) budget for detention and removal budget grew 25 percent from FY 2012 to FY 2015, the total number of aliens it removed plummeted by nearly 43 percent. 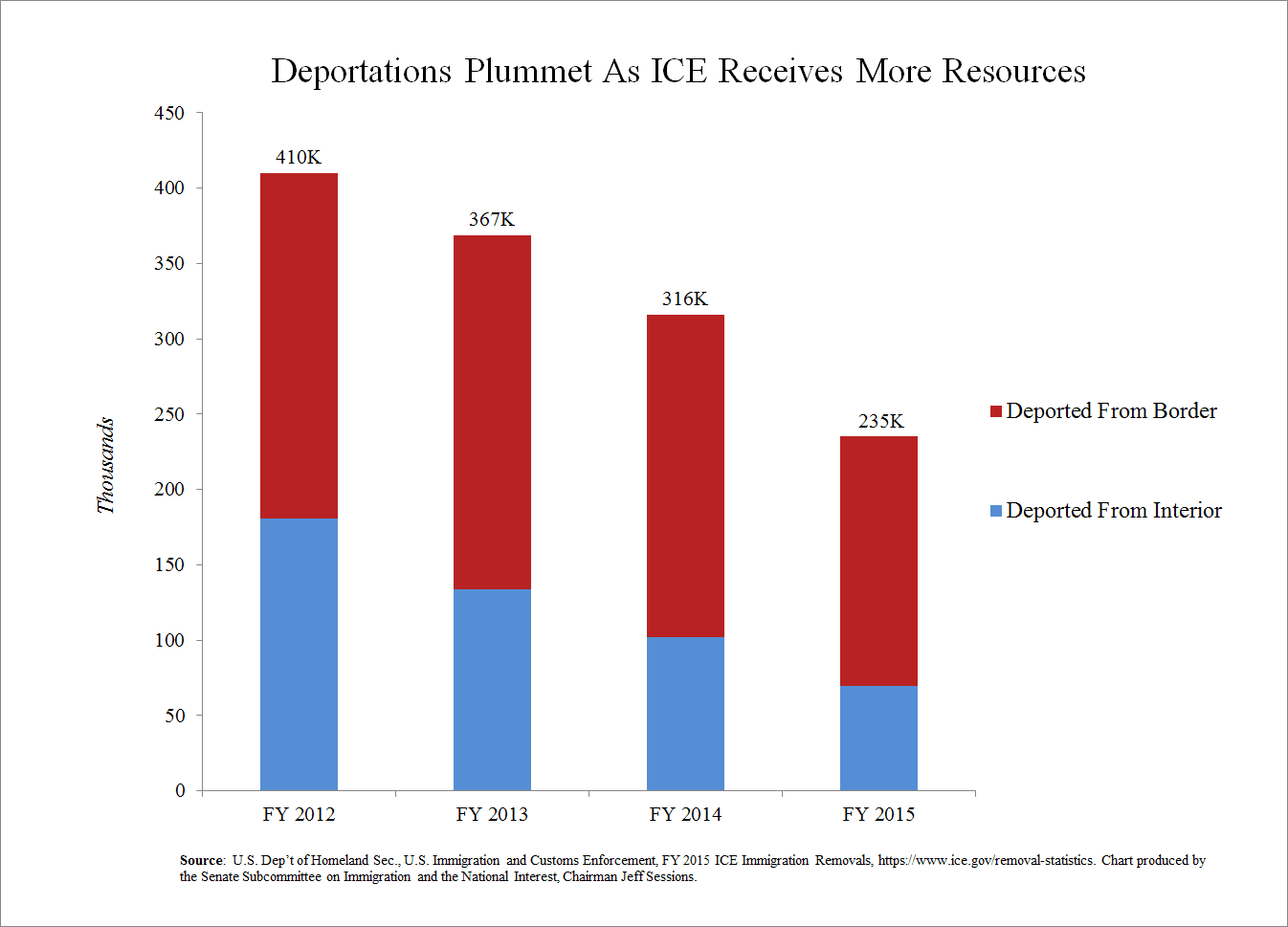 The Obama administration has repeatedly pointed to a lack of resources as the reason for the decline in deportations and its need for enforcement “priorities.” The subcommittee, chaired by Sen. Jeff Sessions (R-AL), says the decline is directly due to the administration’s priority of skirting Congress to water down immigration law.

“This dramatic decline in deportations is the direct result of policies implemented by the Obama Administration to get around plain law passed by Congress,” the subcommittee’s analysis reads.  “Indeed, the guise was to assert that the Government lacked the resources to deport more aliens. The former Director of ICE, John Morton, issued a memorandum in March of 2011, in which he outlined ICE’s purported enforcement ‘priorities,’ and claimed that setting such priorities was necessary because ICE ‘only has resources to remove approximately 400,000 aliens per year, less than 4 percent of the estimated illegal alien population in the United States.’”

As the subcommittee notes, this resources excuse was also used to justify the Obama administration’s executive amnesty programs announced in 2014, in which the Department of Justice’s Office of Legal Counsel wrote, “DHS has explained that although there are approximately 11.3 million undocumented aliens in the country, it has the resources to remove fewer than 400,000 such aliens each year.”

In addition to the incongruous budget and deportation numbers, the subcommittee also highlighted the decline in deportations of criminal aliens — the very type of illegal immigrant that the Obama administration says it is prioritizing for deportation.