The national unemployment rate in November fell to 4.6 percent, as the United States economy added 178,000 jobs, according to statistics released by the Labor Department. 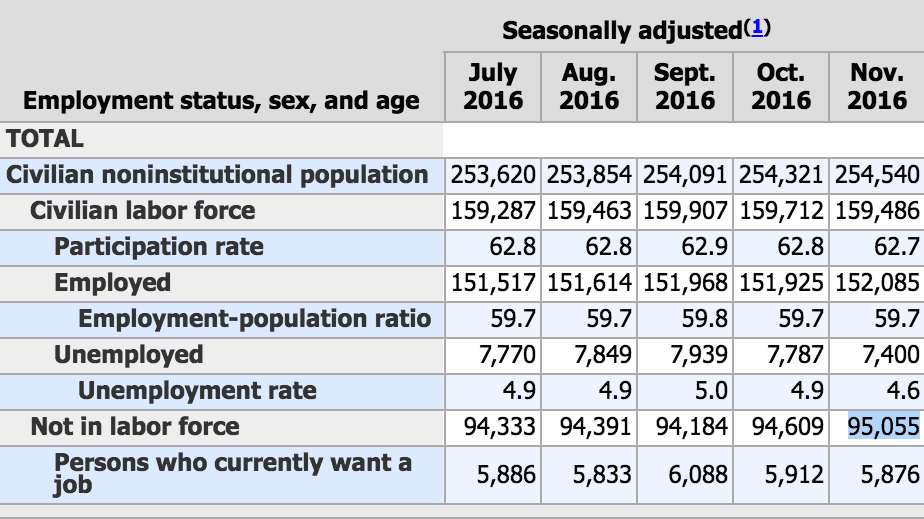 The labor force participation rate ticked down — Now 62.7 percent down from 62.8 percent in October.