Indeed, 485 days ago, Trump hosted his first major rally of the cycle at Ladd-Peebles. This time, the former candidate returned to offer his thanks and take a victory lap before a crowd of some 15,000 supporters. 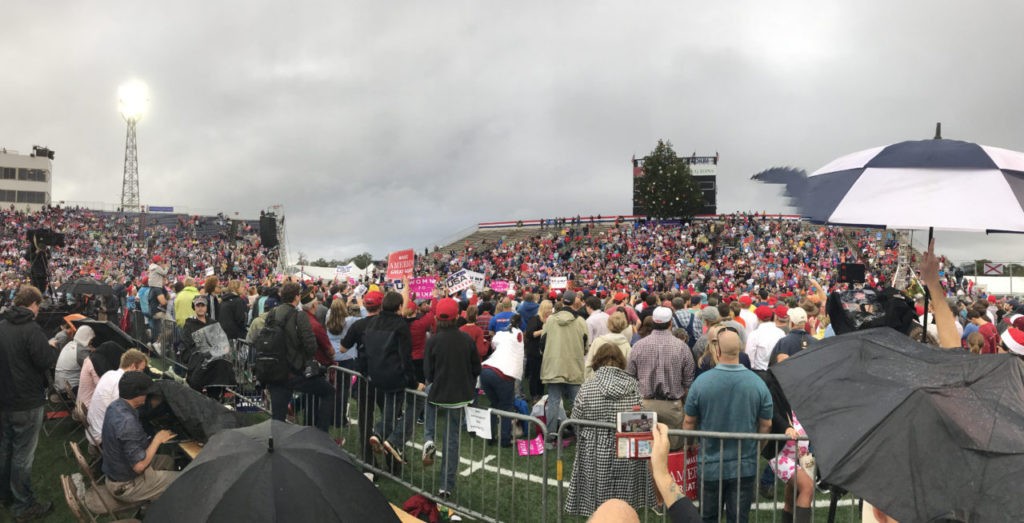 The president-elect recalled his first Ladd-Peebles event, specifically the large crowd he was able to muster.

“It was packed and incredible,” Trump said. “People said something is going on there. That was the beginning. And you remember, even though you do not have to vote for me, maybe in four years we will take a look. But you know what, I said I was coming back to see you in Alabama.”

Saturday’s event was Trump’s last stop on his “Thank You” tour – a series of rallies he launched shortly after winning last month’s presidential election. 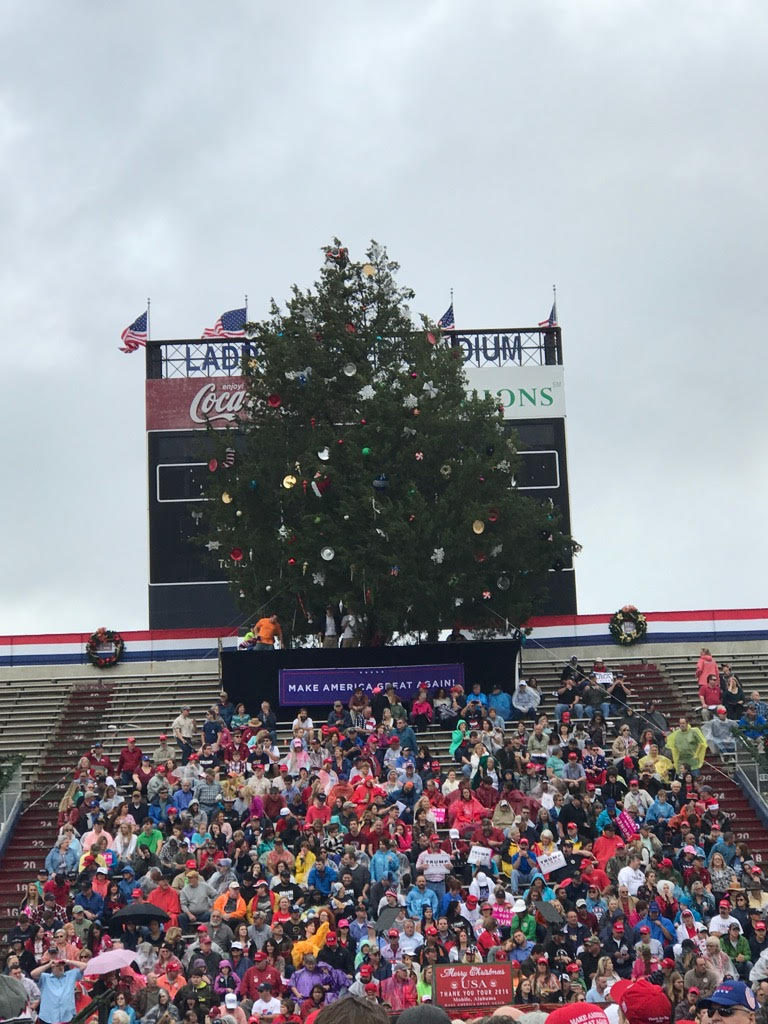 Giant Christmas tree in the north end zone at Ladd-Peebles in Mobile, AL

Trump’s decision to host his final rally in Mobile was noteworthy — all of the president-elect’s previous stops on the post-election tour were in swing states. Alabama, however, is solidly Republican and has not gone for a Democrat since the 1976 presidential election between then-Georgia Gov. Jimmy Carter and incumbent President Gerald Ford.

Trump remained on message for much of the rally — offering praise for the military, vowing to build the border wall, cutting back on wasteful spending by specifically naming the Air Force One project, reforming the tax code, stressing his mission to create jobs, emphasizing “fair trade,” and punching back at political correctness.

Mobile is also the hometown of Sen. Jeff Sessions (R-AL), one of Trump’s early supporters and the president-elect’s pick for U.S. Attorney General. Midway through his speech, Trump introduced Sessions – among the most popular politicians in the state – to thunderous applause.

“What a great honor it is to have you back in my hometown – Mobile, Alabama,” Sessions said. “I do remember that event 16 months ago. How many of you were here on that day? It was an eye-opening event for the entire world and the United States political establishment.”

Trump also responded to first lady Michelle Obama’s remarks given in an interview with Oprah Winfrey,in  which she said she and her husband were “feeling what not having hope feels like,” given the results of the election.

According to Trump, Mrs. Obama did not really mean what she said.

“I honestly believe she meant that statement in a different way than in the way that came out, because I believe that there is tremendous hope. And beyond hope, we have such potential. This country has such potential. You watch, it will be so special. Things are going to happen like you haven’t seen in many, many decades.”

The president-elect also took his obligatory shots at the “dishonest” media, calling them out for being wrong about the election outcome and for their reluctance to show the size of the crowds at his rallies.

One member of the media he called out in particular was The New York Times’ Paul Krugman who, suggested yesterday that Trump was hoping for a 9/11-type terrorist attack to boost his popularity

Thought: There was (rightly) a cloud of illegitimacy over Bush, dispelled (wrongly) by 9/11. Creates some interesting incentives for Trump

He did not refer to Krugman by name, but suggested the Times columnist was “demented.”

“They said that I wanted to have another catastrophe like that because it is good for my base,” Trump said. “Anybody that says that — this guy is demented. He is a demented person. That is why the Times is failing.” 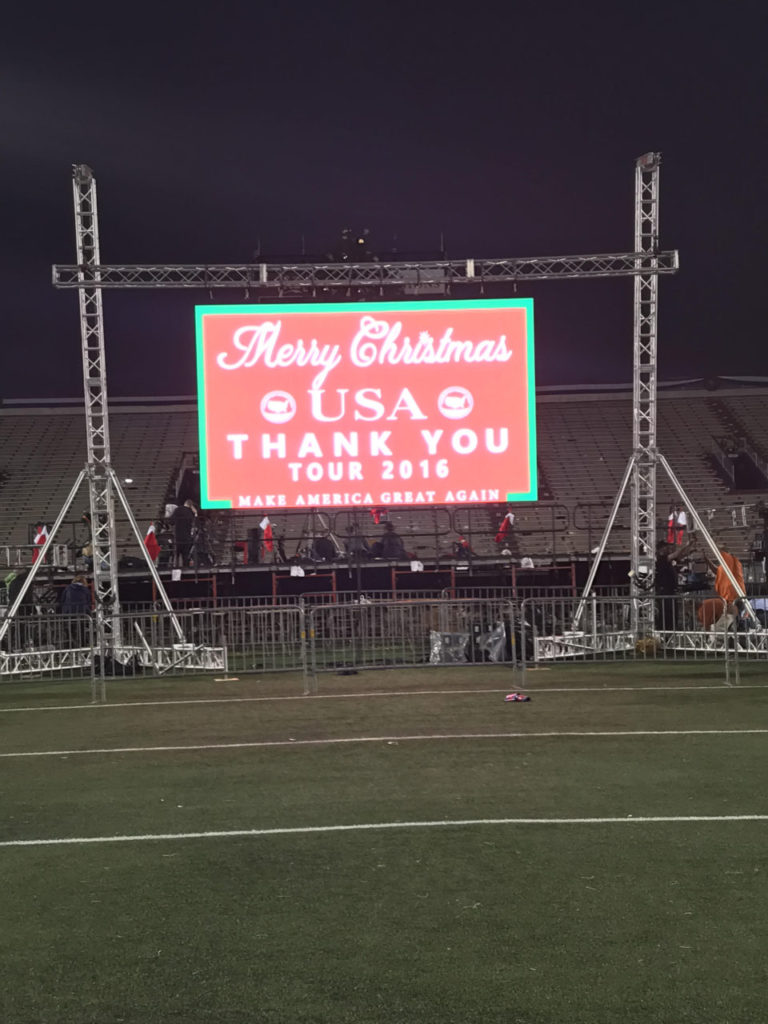