She was the wife of Roger Porter, who served as an economic adviser to President Gerald Ford while she worked in the U.S. Senate. 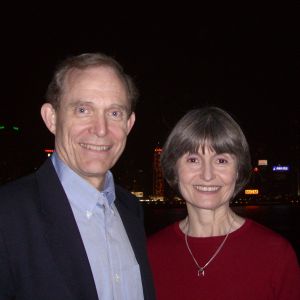 For the past several years, Ann and Roger Porter have served as the Co-Masters of Dunster House, the most spectacular of Harvard University’s dozen upperclass dorms at Harvard University, modeled after the colleges of Oxford and Cambridge.

I use the term “Masters,” because that is what they were called until that decorous title was scrapped last year in favor of the sterile “Faculty Deans.” Harvard made the shift in deference to the tide of political correctness in general, and the Black Lives Matter movement in particular. There was concern that students might feel “triggered” by the term “master,” which could conjure thoughts of slavery, though Harvard had been a hotbed of abolitionism.

Ann thought it all ridiculous, and regrettable. We shared our concerns over email — one of countless exchanges over the years.

I had been a student in Dunster — and a passionate partisan of the House — and joined the advisory staff as a non-resident tutor when I returned, years later, to study law. It was then that I came to know the Porters, who were among the few open Republicans on Harvard’s campus — soon to be enthralled by the cult of Barack Obama.

Ann and Roger carried their political convictions as they carried their Mormon faith: proudly, without imposing their views on others. Ann understood that students needed to find their own way. She provided a different view, rather than a dissenting one.

What worried her was that the university was becoming intolerant of intellectual diversity, even the quiet kind, as administrators colluded with students to poison the tree of knowledge at its roots.

Every once in a while, Ann would forward me the latest outrageous missive from the college dean, who is hell-bent on destroying single-sex organizations on campus. Harvard’s target is the final club system, which was traditionally made up of off-campus, all-male clubs. The campus left sees the clubs as bastions of privilege, but they became a necessary refuge after an earlier round of social engineering deprived students of the ability to choose their dorms.

The irony is that Harvard’s war against freedom of association also threatened all-female clubs, provoking protest by female students who marched to defend their “safe spaces.”

Ann thought the whole spectacle amusing — but deeply worrying as well. She focused on her duties at Dunster, especially overseeing the Depression-era dorm’s ambitious renovation. But privately, she mused about the political issues of the day, both on campus and in the world beyond.

Ann came around to supporting Trump, though his larger-than-life persona seemed at odds with the way she carried herself. She wanted him to win because she believed the country, like the campus, had veered dangerously off track. But we shared a concern for the emerging divisions in American society.

On a visit to Harvard one sunny afternoon last year, we talked for hours about the importance of forgiveness, not just among people but in society as a whole.

The last email Ann sent me was about a talk at Harvard, featuring an author who argued that the country should focus on strengthening its democracy, rather than the “obsession with Russia.”

Ann was not making a partisan point. She was referring to our earlier conversation, to the importance of healing, which she understood intimately.

She fought breast cancer with stoic bravery for twenty years before succumbing this week.

She is so deeply missed.