In what can only be described as a cordial, successful meeting, Pope Francis received U.S. President Donald Trump in the Vatican Wednesday amidst smiles, handshakes and camera flashes.

The two leaders sat down for a half-hour face-to-face meeting, with the Pope leaning out over the table with his arms extended toward the President. On parting ways at the end of the meeting, the President thanked the Pope for his warm welcome, stating, “I won’t forget what you said.”

Contrary to mainstream media predictions, the meeting involved no sulking or scolding, and the two men honestly seemed to enjoy each other’s company.

As is his custom, Pope Francis gave the President a copy of his writings as pope, as well as a medal of peace. The President gave Francis a large blue box, which he said contained the writings of Rev. Martin Luther King Jr, while telling the pontiff, “I hope you like them.”

Although the meeting was private, the two leaders were expected to talk on a number of issues including religious freedom, Christian persecution particularly in the Middle East, immigration, job creation and human trafficking.

In its official press release, the Vatican described the meeting as “cordial” and said the two men spoke favorably of “the good existing bilateral relations between the Holy See and the United States of America,” as well as their joint commitment “in favor of life, religious liberty and freedom of conscience.”

This last statement was particularly significant.

While the Catholic Church was often at odds with the Obama administration over the issues of abortion and religious freedom, the Vatican wished to underscore a new common purpose with the United States under the Trump administration on these matters.

The press release also expressed a common desire for “serene collaboration between the State and the Catholic Church in the United States, engaged in service to the people in the fields of healthcare, education and assistance to immigrants.” 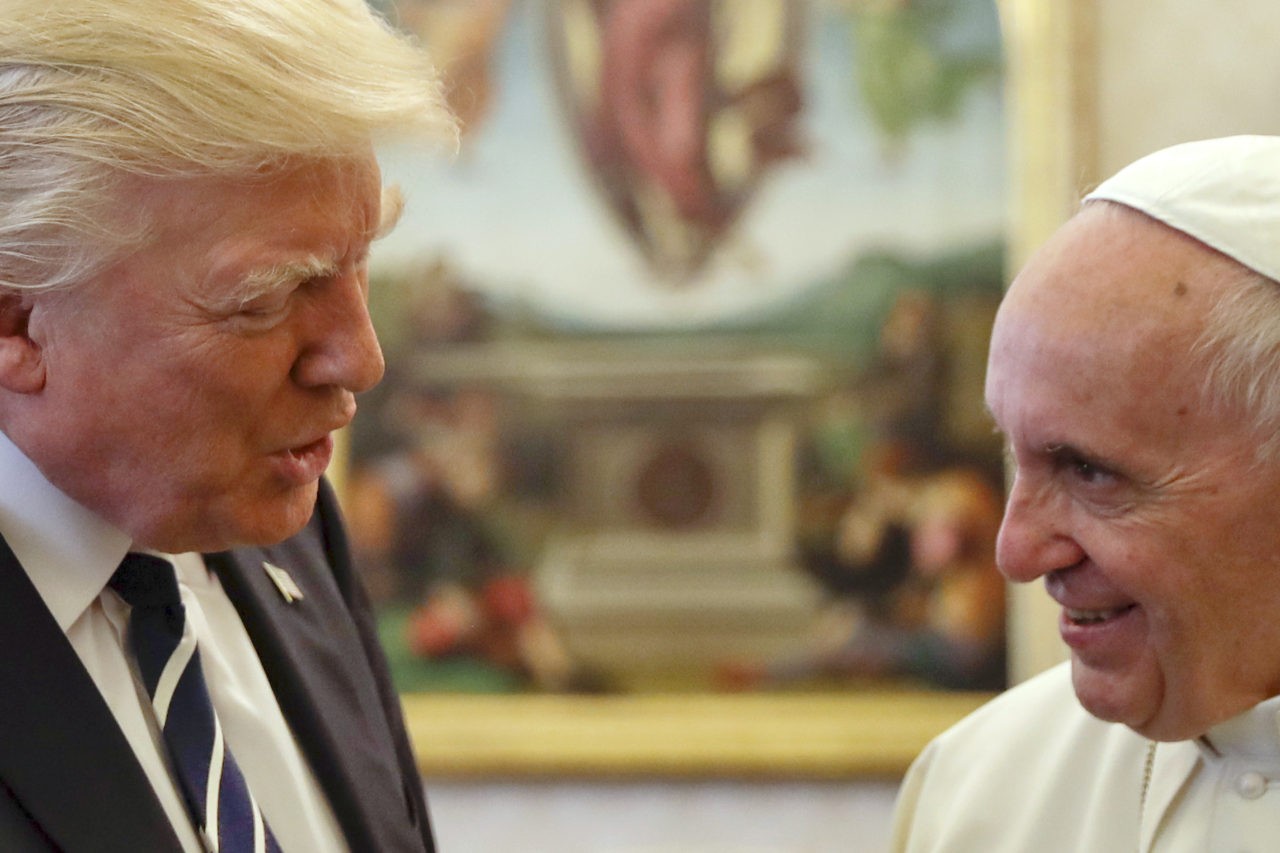 Pope Francis (R) meets with US President Donald Trump during a private audience at the Vatican on May 24, 2017.

According to the Vatican, the two men also exchanged views on international affairs, “with particular reference to the situation in the Middle East and the protection of Christian communities.”

After his meeting with Pope Francis, President Trump and first lady Melania Trump had a private tour of the Sistine Chapel, whose “Last Judgment” and iconic ceiling featuring the creation of Adam and Eve were painted by Michelangelo.