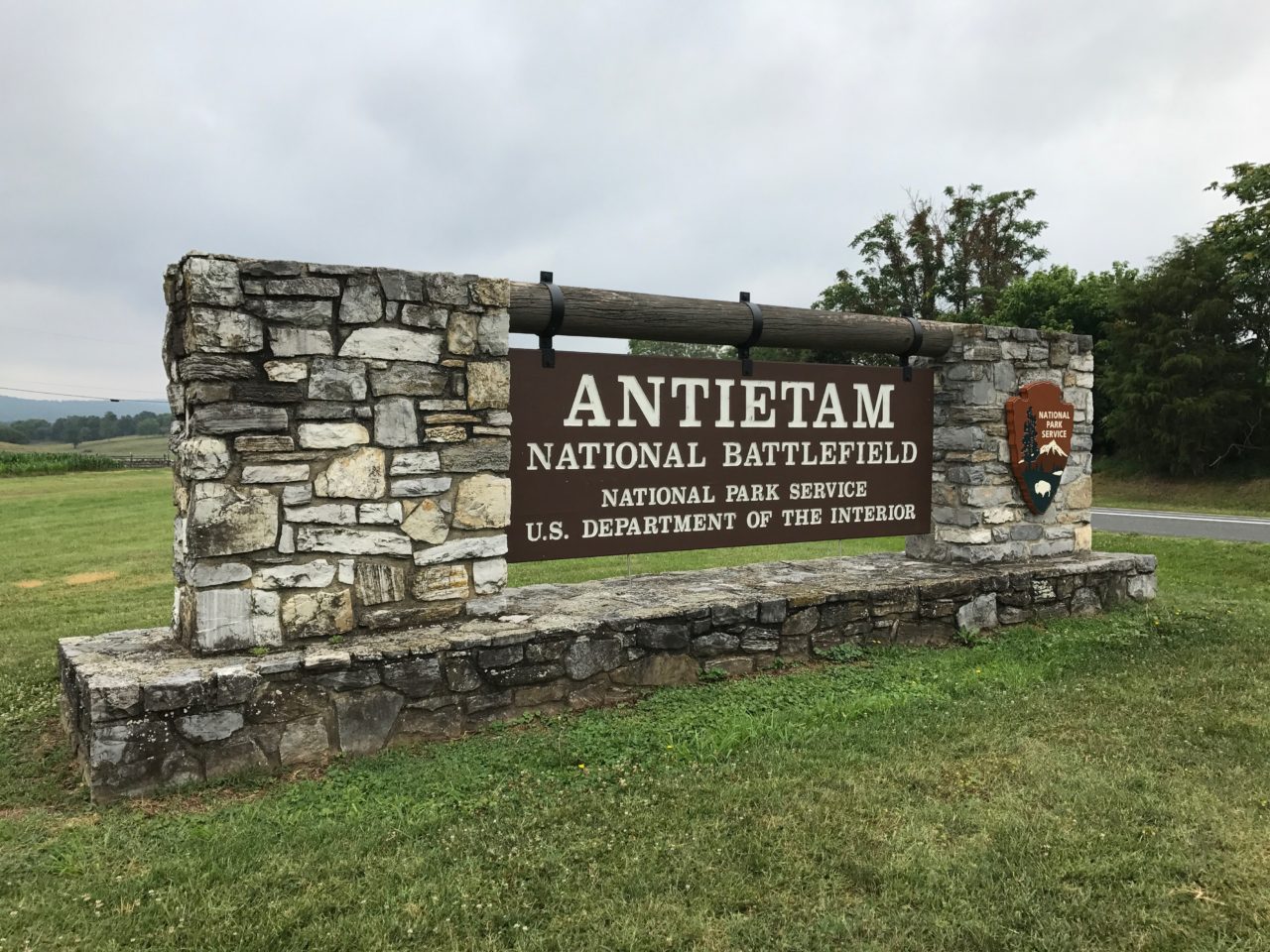 “As both the Secretary of the Interior and a military veteran, I’m deeply honored and humbled to deliver the donation to Antietam National Battlefield on behalf of President Trump,” said Secretary Zinke in a press release distributed before the event began. “Visiting the hallowed ground the day after Independence Day is incredibly moving and it underscores the importance of why we must preserve these historic grounds. The president’s donation will allow generations of Americans to learn about our history and heritage on this sacred site.” 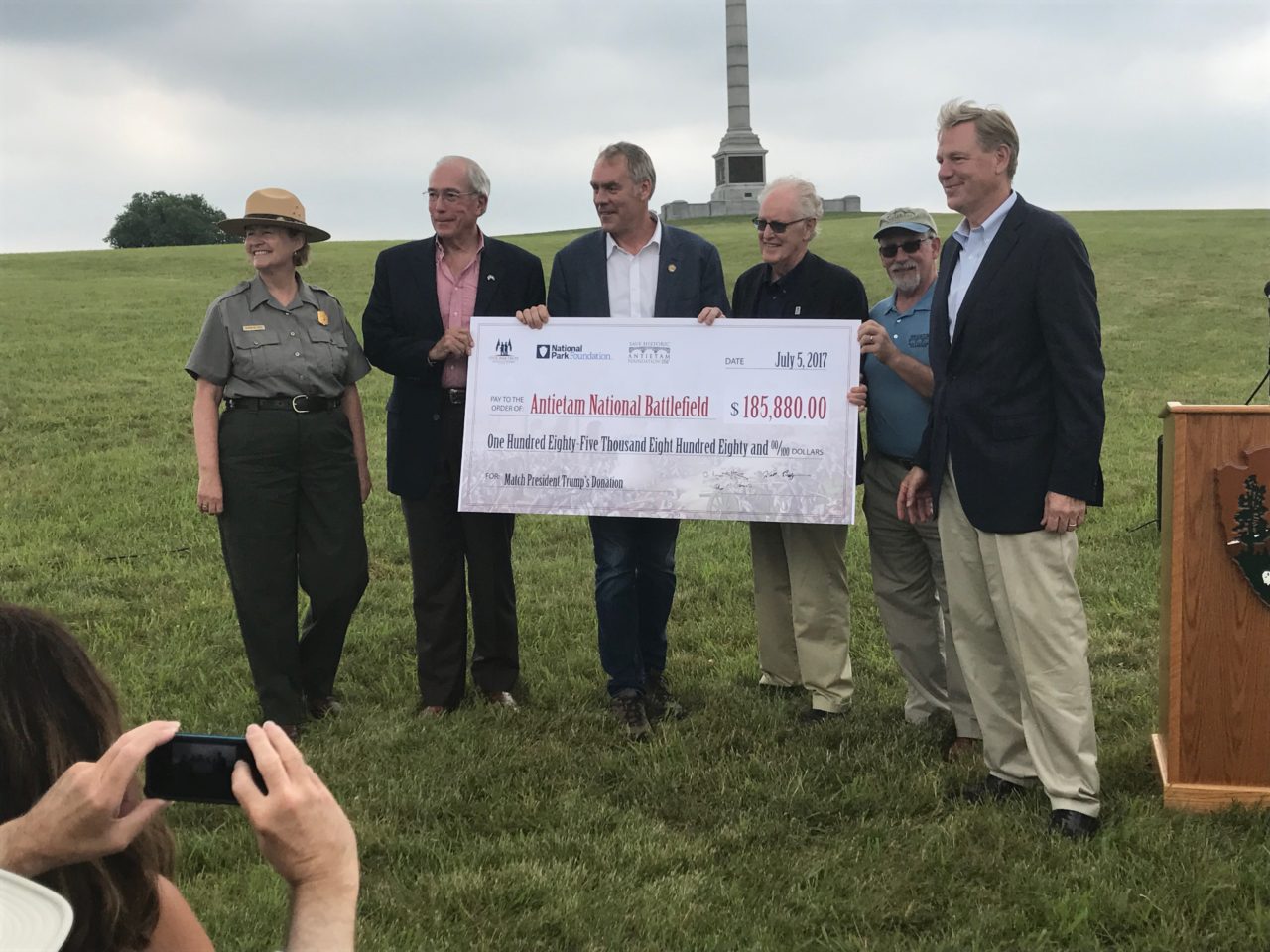 Above: Zinke presenting a check for $185,880.00 to the Antietam National Battlefield. (Amanda House/Breitbart News)

“All of our children and children’s children will walk through these grounds and realize what a great country we bestowed on them all,” he added.

When asked about those who want to remove Confederate monuments across the South, Zinke told Breitbart News that “history is important.”

“I’m an advocate for recognizing history as it is. Don’t rewrite history. Understand it for what it is and teach our kids the importance of looking at our magnificent history as a country and why we are who we are.”

Zinke was joined by Civil War Trust President James Lighthizer who spoke on the importance of saving America’s endangered battlefields.

“I’ll tell you what the point [of preservation] is,” Lighthizer remarked. “When you look at the first 90 years of America history, and you reflect on the Revolutionary War, the War of 1812, and particularly the Civil War — what you have is the American history.”

The Trump Administration announced on April 3 the president’s Q1 paycheck of $78,333.32 would be donated to the National Park Service, delivering on Trump’s campaign promise to forgo his $400,000 annual presidential salary.

Copy of Trump’s check donating his 1Q salary to the Interior Dept displayed in the WH press briefing -> pic.twitter.com/mw5ZM6oUNG

Receiving the donation, Zinke said the funds would help maintain the infrastructure of some of the national battlefield sites, Breitbart News’ Charlie Spiering reported.

“We’re about $229 million behind in deferred maintenance on our battlefields alone, and that’s on our 25 national battlefields,” Zinke said at the time of Trump’s announcement. Shortly afterward, an anonymous donor pledged $22,000 to bring the president’s donation to an even $100,000.

Additionally, according to the Interior Department’s press release:

The Civil War Trust and the National Park Foundation, and Save Historic Antietam Foundation have also pledged funds bringing the total gift to $263,545.

The donation will restore the historic Newcomer House on the Antietam battlefield, and will underwrite the replacement of 5,000 linear feet of deteriorated rail fencing along the Hagerstown Turnpike where some of the most intense fighting of the battle occurred. 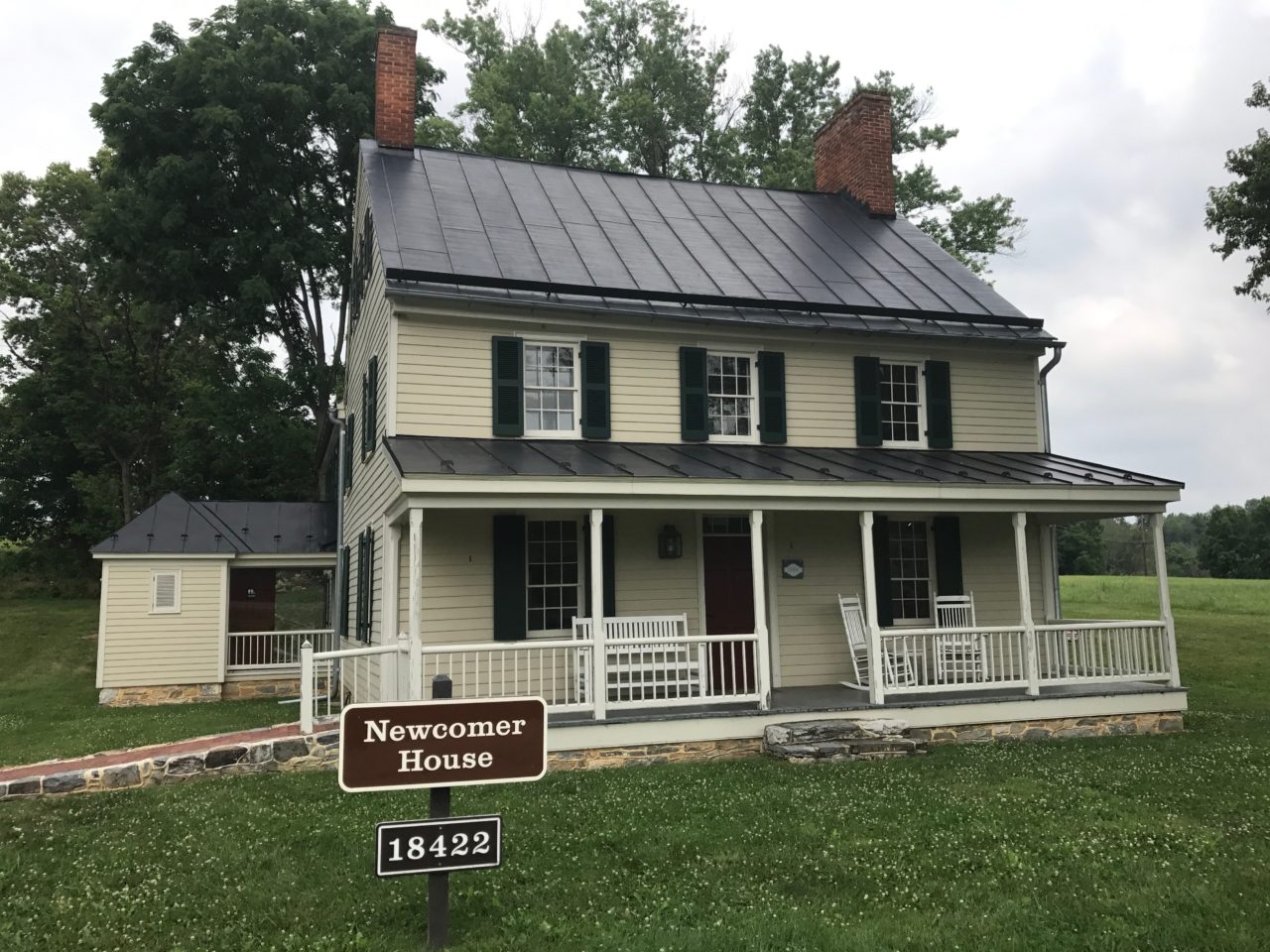 Above: Newcomer House – one of the two restoration projects President Trump’s salary will benefit.

Known as the “bloodiest one-day battle in American History,” the Battle of Antietam of the American Civil War left nearly 23,000 soldiers dead, wounded, or missing after just twelve hours of combat on September 17, 1862. With over three million bullets fired, one troop fell every two seconds on average. 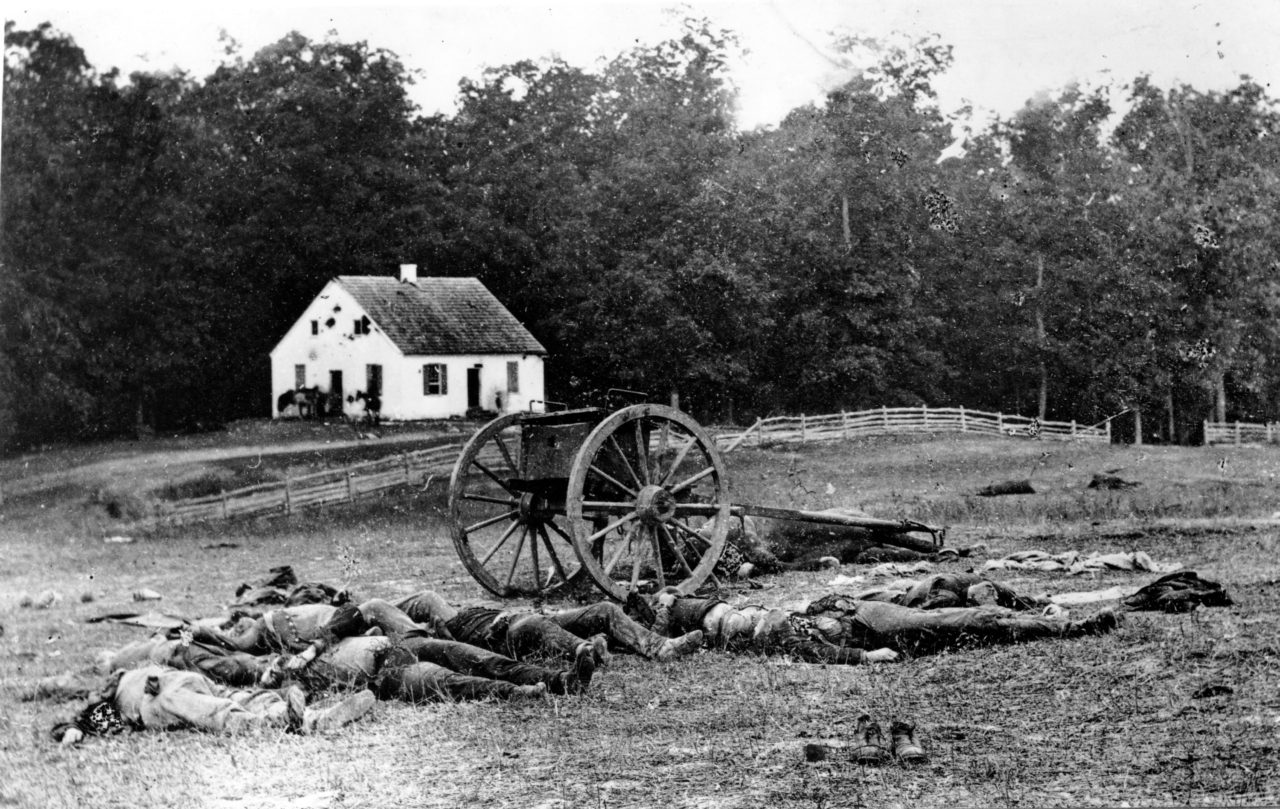 Above: Fallen soldiers outside Dunker Church after the Battle of Antietam. The Confederate troops called it the Battle of Sharpsburg. (AP Photo/Mathew B. Brady) 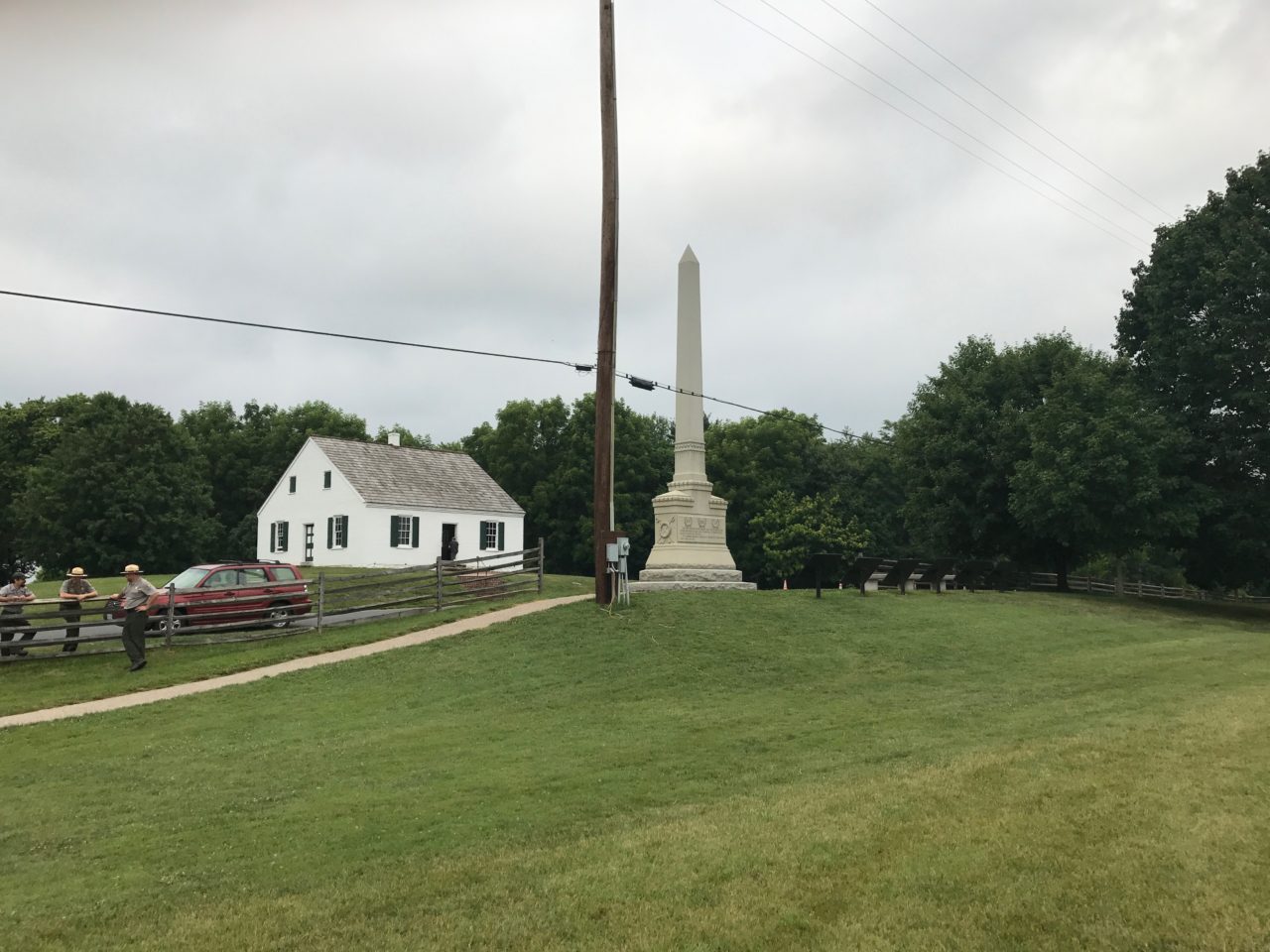 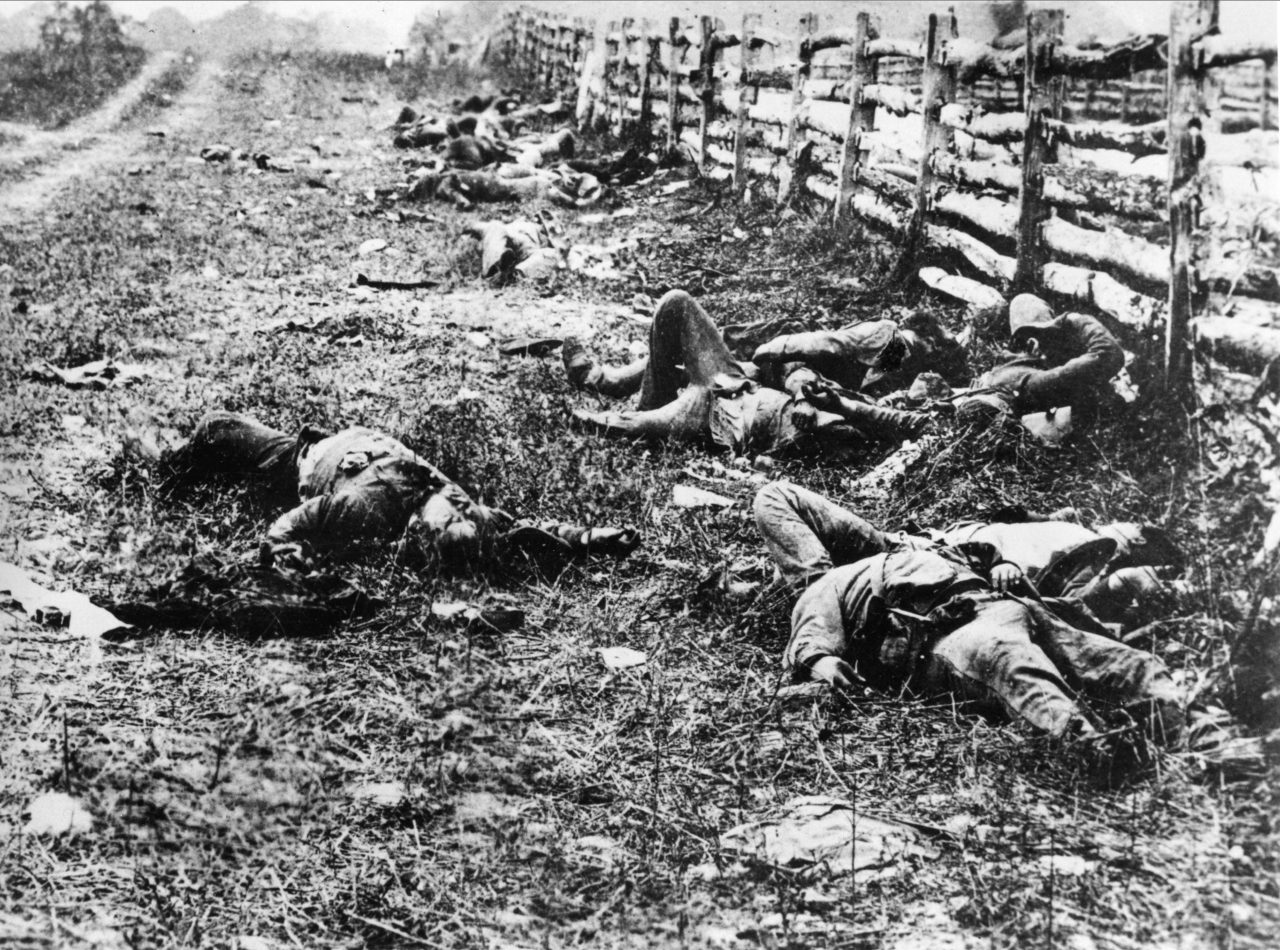 Above: Casualties after the Battle of Antietam. The rail fencing pictured here is part of the second project to be funded in part by President Trump’s donation. (AP Photo/Mathew B. Brady)

The battle was the culmination of the Maryland Campaign of 1862. It was the first invasion of the North by Confederate General Robert E. Lee. 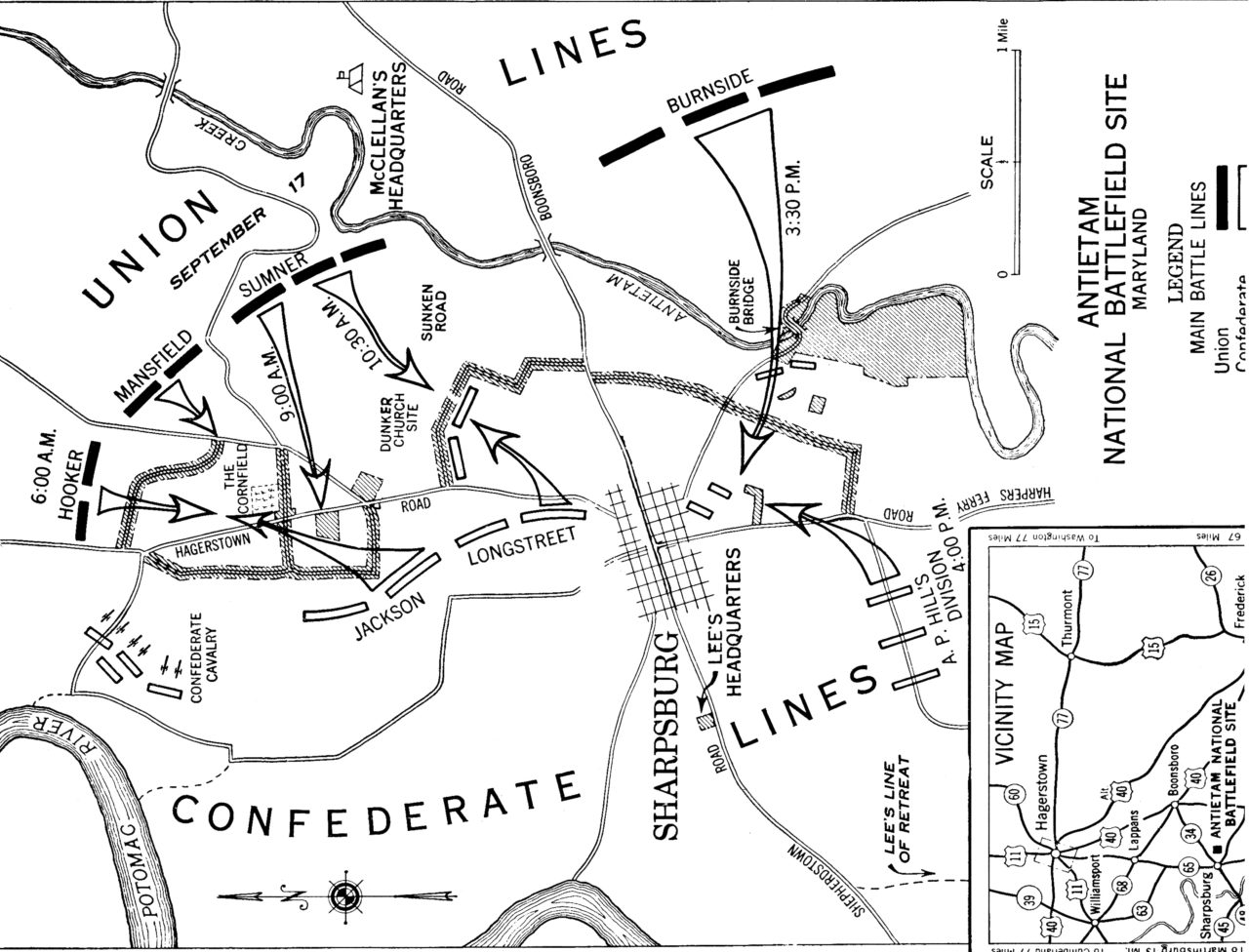 Above: A map of the Antietam battleground, a major turning point in the American Civil War. (Associated Press)

While tactically there was no conclusive victor, Lee’s withdrawal back across the Potomac into Virginia provided President Abraham Lincoln the confidence to issue his preliminary Emancipation Proclamation, effectively preventing European involvement on behalf of the South. 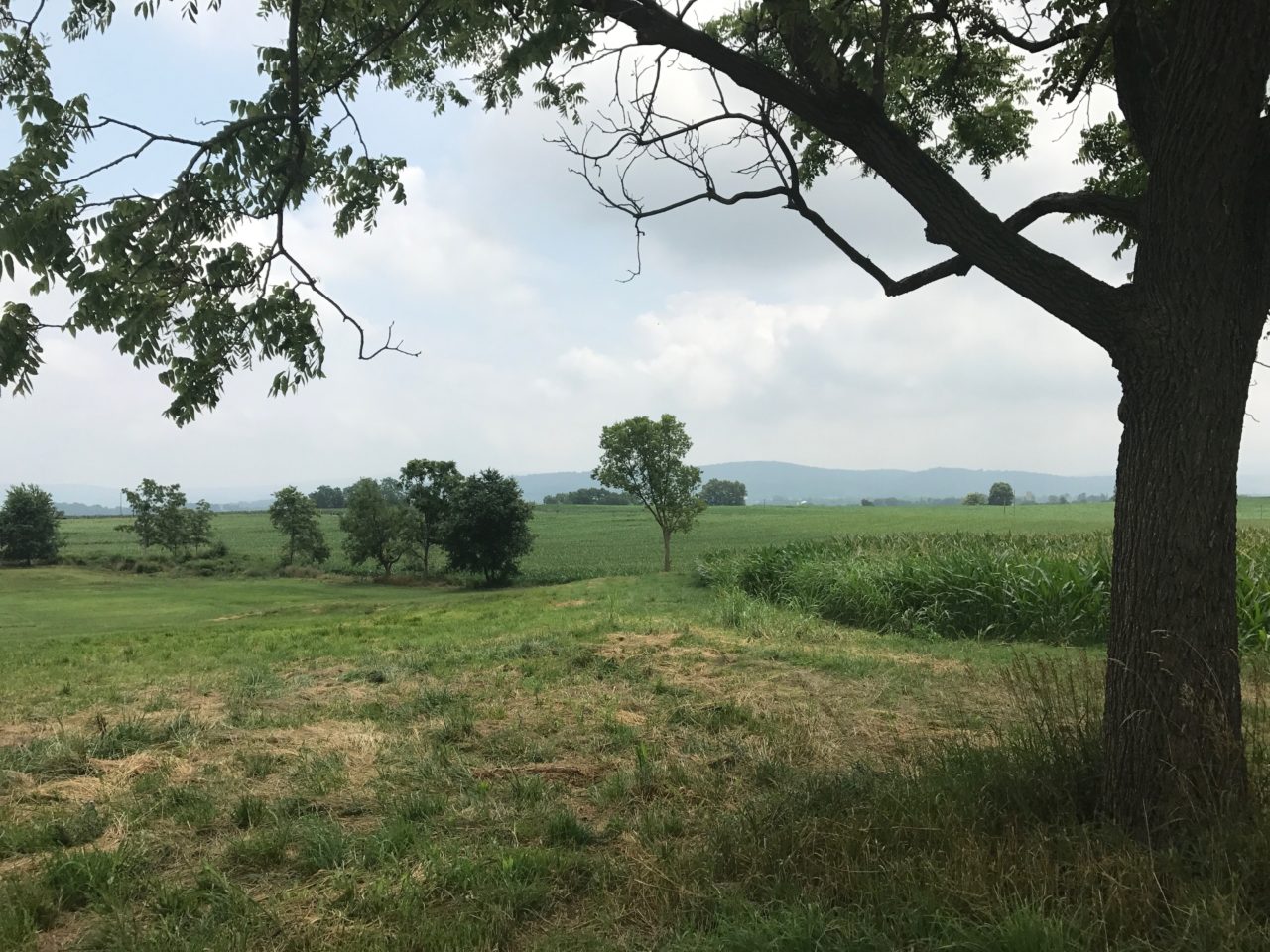 Above: A portion of the battlefield today in western Maryland. (Amanda House/Breitbart News)

In addition to Trump’s contribution to preserving Antietam, Zinke announced $7.2 million in grants to preserve roughly 1,200 acres of historic battlefield land throughout the East and Southeast. The projects, part of the American Battlefield Land Aquisition Grants program, are located at 19 battlefields “threatened with damage or destruction by urban and suburban developments in Arkansas, Maryland, Mississippi, New York, Pennsylvania, South Carolina, Tennessee, Virginia, and West Virginia,” the event’s press release states.

“These lands were once the scenes of our nation’s bloodiest conflicts,” Zinke says. “Working with the state and local communities, historians, and advocates, we must preserve these battlefields for future generations of Americans to remember and understand the impact of sacrifices of those who fought on these hallowed grounds.  This grant program, along with President Trump’s donation will help ensure just that.”

The event’s press release further explains that this is not taxpayer-funded:

The grants are funded from the Land and Water Conservation Fund, which uses revenue from federal oil and gas leases on the Outer Continental Shelf to purchase land, water, and wetlands for the benefit of all Americans.  Since its establishment in 1964, the Land and Water Conservation Fund has conserved land in every state and supported tens of thousands of state and local projects.  The fund does not use taxpayer dollars; the primary source of income derives from fees paid by oil and gas companies drilling offshore in waters owned by the American people.

The administration has not yet announced the recipient of Trump’s second-quarter salary. That quarter ended June 30.

Here is a list of the Battlefield Land Acquisition Grant Recipients, provided by the U.S. Department of Interior: