But in February 2016, it was the site where then-Sen. Jeff Sessions (R-AL) endorsed Republican presidential hopeful Donald Trump, just days before the Alabama presidential primary.

Trump would cruise to victory in Alabama and subsequently take the GOP presidential nomination, then the presidency. That February day, at Madison City Stadium, was significant because it was Trump’s first major endorsement from a Republican elected official.

For some Trump supporters, the location of that endorsement is hallowed political ground. 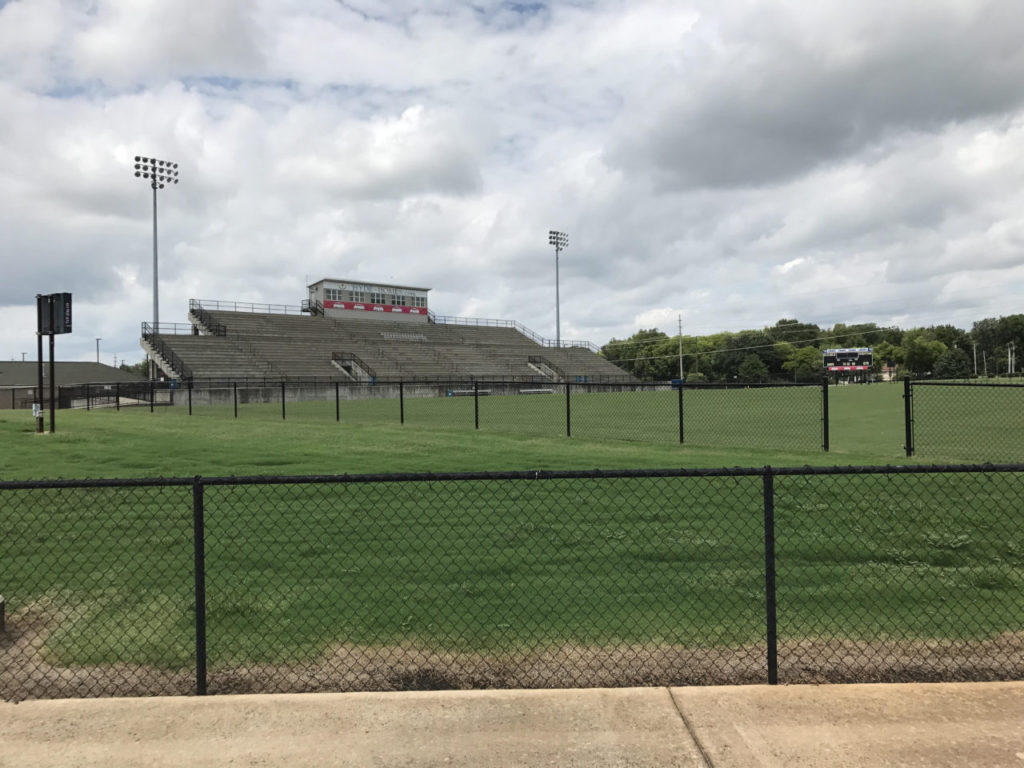 Madison City Stadium in Madison, AL was the location of Jeff Sessions endorsement of Donald Trump in February 2016

Nearly a year and a half later, this same location is ground zero for a U.S. Senate special election Republican primary, made necessary by Trump’s appointment and the Senate’s confirmation of Sessions to be the U.S. Attorney General. The primary is scheduled for Tuesday.

Last week, Trump endorsed Luther Strange. The endorsement came as a surprise to a lot of political watchers. Disgraced former Alabama Gov. Robert Bentley appointed Strange to Sessions’ seat when he was first confirmed as the Justice Department head, and many see Strange as an ally of the Republican establishment.

Strange is running against eight other candidates, and the primary is likely to result in a runoff between the top two vote-getters. Some polls suggest that only three of the nine candidates are in contention for the top two spots – Strange, former Alabama Supreme Court Justice Roy Moore, and Rep. Mo Brooks (R-AL).

Each candidate should have a show of strength in different parts of the state. The key question is which of these regions will come out to support their candidate.

The current frontrunner Roy Moore does not have a particular geographic center for his support. His support is dispersed throughout the state, and according to the Real Clear Politics average, Moore enjoys a lead over second-place Strange.

A Cygnal/L2 poll shows that Moore also leads Strange in the state’s largest market of Birmingham. However, Birmingham was the focus of Strange in the waning days of the campaign and is a place Strange will have to do well to get into next month’s runoff.

In the state’s second largest market, Moore and Strange are tied. However, where Moore seems to outperform his opponents is in the state’s rural areas.

Based on the data, Moore looks to be a lock for the runoff.

Moore has been a fixture in Alabama politics through the last three decades. He comes out of Etowah County, where he originally made a name for himself in the 1990s as a circuit court judge. At the time, he made waves by hanging a wooden plaque displaying the Ten Commandments behind his bench.

That display drew the ire of the American Civil Liberties Union, which filed suit in 1995. The ensuing controversy sealed Moore’s status as a national figure.

The attention Moore received from that suit catapulted him to win an election for chief justice of the Alabama Supreme Court.

Moore has continued to be a controversial figure. He has won the statewide election for chief justice and he was removed twice from the bench as chief justice. 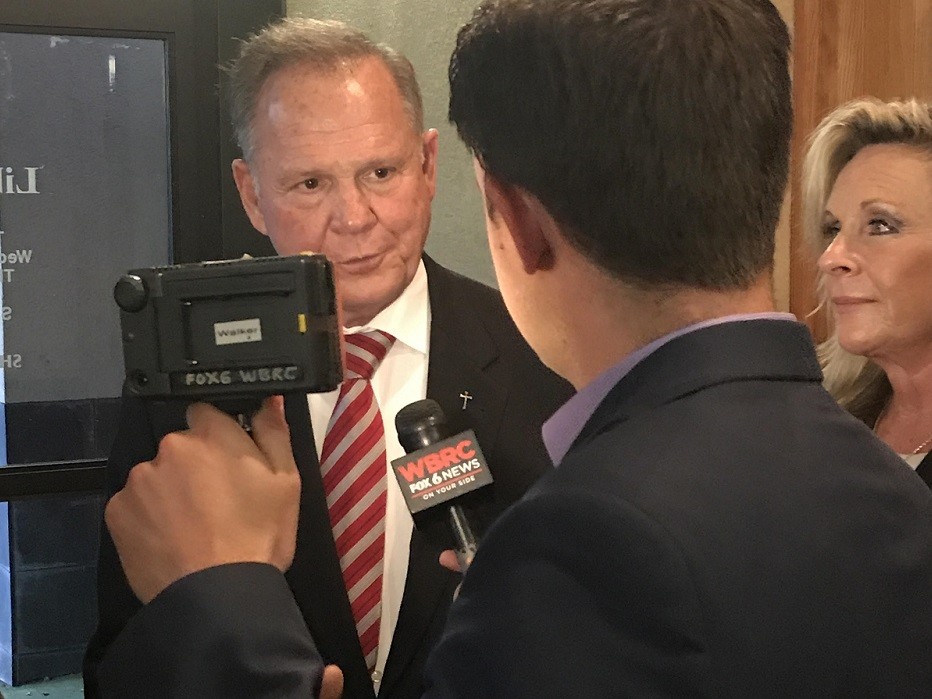 His track record as a statewide candidate is mixed. Despite having two successful runs for chief justice, he also has had two unsuccessful runs for governor, drawing 33 percent of the vote in the Republican primary against incumbent Gov. Bob Riley in 2006 and just 19 percent in a crowded 2010 primary.

This senate race might be Moore’s best showing yet in a statewide race, given the quality of competition he is facing. His two runs for chief justice were down-ballot races. This election is the only one on the ballot.

Regardless of who gets in the runoff, Nathan White, head of the Alabama First political action committee and White Marble Strategies, tells Breitbart News he sees a scenario with Brooks edging out Strange. Nonetheless, he argued Moore will be difficult to beat in a runoff situation.

“Judge Moore will capture 43 percent of the voting base on Tuesday with Congressman Brooks moving ahead of Luther by one point,” White said. “Regardless of who makes the runoff, either candidate will have a tough time facing Roy Moore, and some factors will play a role in taking Alabama’s Senate seat, such as message strategy, financial backing, and yes, the weather.”

At this late stage, depending on the poll. Moore is often shown to be the candidate to beat.

Luther Strange, who is a solid second in most polling, is not a sure-bet for the GOP runoff. Despite having President Donald Trump’s endorsement and Senate Majority Leader Mitch McConnell’s Senate Leadership Fund backing him, Strange has been mired in the 20-percent range for the last several weeks. 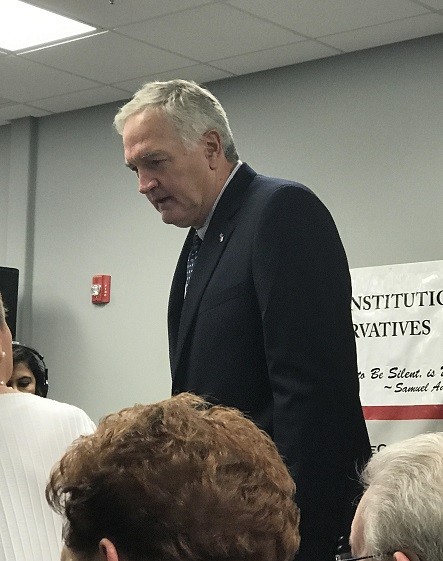 Luther Strange speaks to voters at Sheepdog Firearms in Trussville, AL before a candidates’ forum on August 6

Strange resides in Mountain Brook, the wealthiest municipality in Alabama and a suburb of Birmingham. He should have a good day in Jefferson and Shelby Counties, both of which are home to Birmingham and its suburbs.

“Luther Strange has placed great emphasis on Jefferson and Shelby Counties, both very vote-rich, and is aiming for a high turnout within Birmingham’s suburbs to boost his numbers,” White said. “Strange is also relying on GOP turnout in Mobile and Baldwin counties, where Trip Pittman is also placing heavy emphasis on capturing this vote-rich support base.”

Beyond those areas, support for Strange is difficult to pin down exactly.

Brooks, polling third, is within striking distance of Strange in some polls. Brooks, a former Madison County Commissioner and now U.S. congressman, was first elected to public office in 1982. That 35-year run has allowed Brooks to build a dedicated following in the northern part of the state, which includes Huntsville.

It will be difficult for any of the candidates to top Brooks in any of the precincts north of the Tennessee River, and a high turnout in Madison County could be Brooks’ secret weapon in a low-turnout event.

“Mo Brooks has found his base among his usual fifth congressional district, but has interestingly found serious traction in the second and fourth congressional districts,” White said. “Voter turnout in the fifth district will be key to Brooks making the runoff, especially with Brooks competing heavily with Judge Roy Moore and holding significant leads over Senator Luther Strange in the fifth district.” 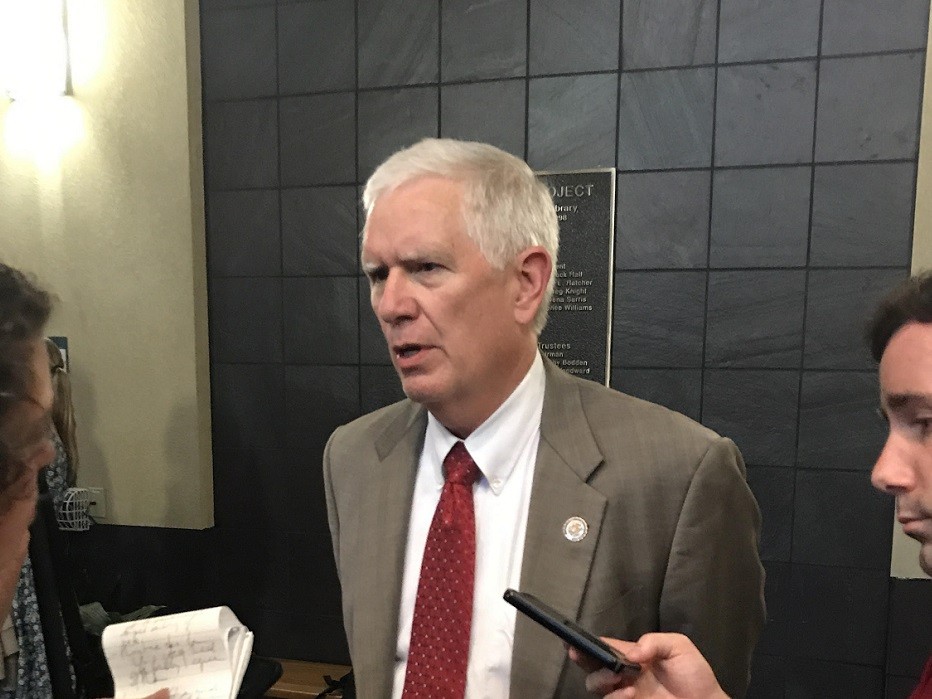 Brooks is hoping to get a boost from his home district on Tuesday.

“I would hope we have strong turnout throughout the state,” Brooks told Breitbart News in a phone interview.

Brooks added that he hoped those that “know him best” would be the ones not to be swayed by any of the advertising attacking him.

Brooks’ congressional district will be where the race is won or lost for Strange and Brooks. Without a big turnout north of the Tennessee River, Brooks’s chances to make the cut are nil.

Weather a Factor in Southwest Alabama

Primary Day in Mobile and Baldwin Counties could be a wet one and that may impact turnout. According to the Weather Channel’s website, there is a 60 percent chance of rain. In an election event that is already expected to have a low turnout, the weather could diminish it even more.

Two factors will pull from Strange’s ability to use Mobile and Baldwin counties as a much-needed boost: Trip Pittman has pulled larger-than-expected support away from Luther’s base, and Mobile and Baldwin counties will be faced with thunderstorms throughout Tuesday. Weather will always play a factor in voter turnout and can mean the difference between winning and losing if a campaign relies on uncommitted or low information voters to boost numbers. Typically, voters with a higher propensity of primary participation will not be deterred from the voting booth because of a few inches of rain.

In Montgomery and Birmingham, the threat of rain is much lower throughout the day, which could bode well for Moore and Strange. In Huntsville, rain will come early, but should move through the area before the polls open on Tuesday, which is a positive for Brooks. 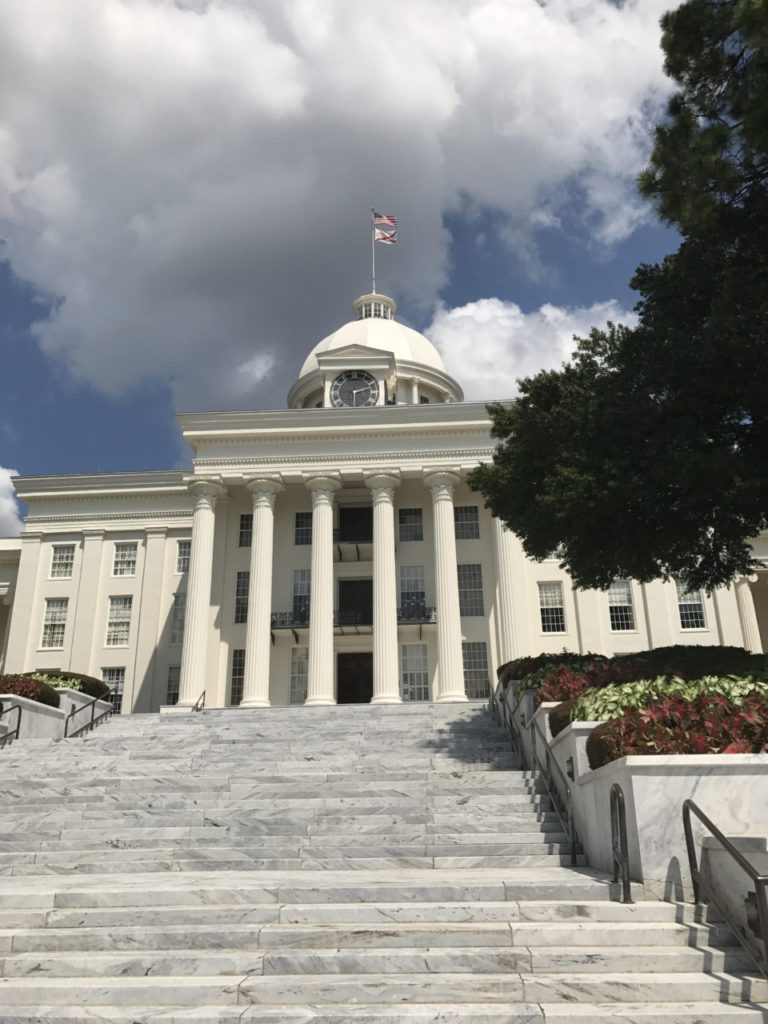 Moore and Brooks have both been the targets of an attack ad campaign by the Senate Leadership Fund, a super PAC controlled by Senate Majority Leader Mitch McConnell (R-KY) and which has been decidedly pro-Luther Strange.

Initially, the group focused on attacking Brooks with advertising that questioned his loyalty to President Donald Trump, who overwhelming won both Alabama’s Republican presidential primary and the state in the 2016 general election.

“Well, it’s quite clear that Luther Strange, if he wins, it will be because of loyalties to Mitch McConnell,” Brooks said in an interview with Breitbart at a candidates’ event. “Kentucky already has two senators. They don’t need a third.”

In recent days, the Senate Leadership Fund has also started targeting Roy Moore. One of their ads, titled “More for Moore,” suggests that Moore and his wife financially benefited from his Foundation for Moral Law, an organization Moore was a part of after being removed from the Alabama Supreme Court in 2003.

“There’s no whining in politics,” Moore said when Breitbart News asked him about the ads. “I’m not whining about the Never Trump PACs against me, so that’s just part of politics.”

Will it make a difference? Rob Holbert, editor of Mobile’s alternative weekly newspaper Lagniappe, told Breitbart News he was not sure if Alabamians would appreciate being told how to vote.

“Strange’s massive attacks on Moore and Brooks have become so pervasive they’ve probably had the effect of making people question why there’s so much vitriol,” Holbert said. “So we’ll see how Alabamians react to big Washington money telling them how to vote.”