A California bakery owned by Christians has been forced to take down its website and social media accounts after a “bombardment” of criticism and a boycott followed their decision not to bake a cake for a same-sex wedding involving two lesbians.

Cathy Miller, the owner of Tastries Bakery in Bakersfield, CA, explained that she was not refusing to serve a certain sort of customer, but rather to patronize a certain sort of event that goes against her religious convictions as a Christian.

“A ceremony, when you’re getting married is in the eyes of the Lord, okay, and that’s a celebration of a union that God has brought together and that’s a whole lot different than coming in and wanting a cookie,” Miller explained.

Eileen Del Rio claimed that she and her girlfriend suffered discrimination because Tastries Bakery refused to grant them a wedding cake tasting due to the Millers’ Christian belief in marriage as the union between a man and a woman.

Del Rio wrote about the incident on Facebook, bringing down a “bombardment of negativity” against Miller. As a result, the owners were forced to take down the Tastries Bakery website and Facebook page.

“So we go to this bakery a week ago to sign up for tasting and choose our wedding cake. The owner met with us today to set up the process,” Del Rio wrote. “Well this rude ass person says I will make your order but I don’t condone same sex marriages and will have no part in this process. Oh but you want to take my order and give it another bakery so that bakery can do it.”

“She don’t condone same sex marriages so refused to make our wedding cake and set up our order. She wanted all our information to send to another bakery so they could make it,” she added, along with a hashtag suggesting the owner was probably a supporter of Donald Trump. 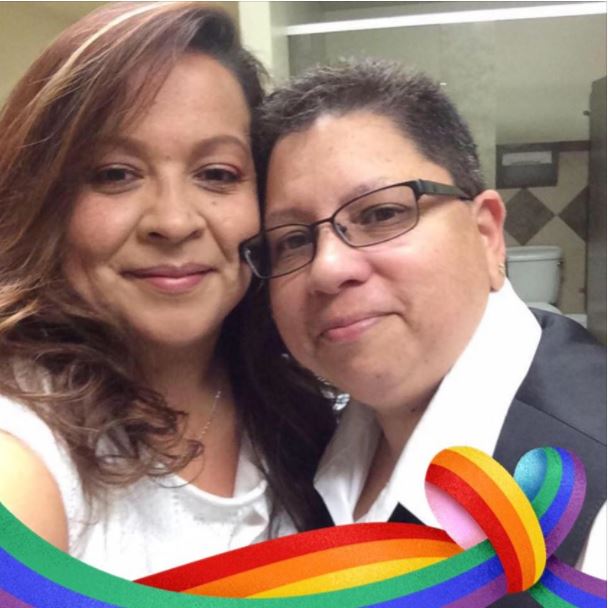 Miller said that she has nothing against gay people but there are certain activities she cannot support because of who she is.

“Here at Tastries, we love everyone,” Miller said. “My husband and I are Christians and we know that God created everyone and he created everyone equal so it’s not that we don’t like people of certain groups of people.”

There are just certain things “that violate my conscience,” Miller said.

For years, Tastries has been referring gay customers who want a wedding cake to a competitor called Gimmee Some Sugar, so they can receive the service they ask for.

“I’m really hurt by this. I don’t think we should be picked on because of our beliefs,” Miller said.

In the last two days, LGBT activists have loaded a barrage of negative reviews against the bakery on Yelp and TripAdvisor in an effort to tank the business.

Last May, President Trump issued an executive order “Promoting Free Speech and Religious Liberty,” in which he stated that the executive branch would “vigorously enforce Federal law’s robust protections for religious freedom.”

“The Founders envisioned a Nation in which religious voices and views were integral to a vibrant public square, and in which religious people and institutions were free to practice their faith without fear of discrimination or retaliation by the Federal Government,” he said, noting that the fundamental right to religious liberty is “Americans’ first freedom.”

“Federal law protects the freedom of Americans and their organizations to exercise religion and participate fully in civic life without undue interference by the Federal Government. The executive branch will honor and enforce those protections,” he said.