The Democratic Party has a “major interest” in “maintaining the status quo on immigration” in order to ensure a flood of “future Democrat voters” that are expected to arrive legally to the United States over the coming decades, NumbersUSA Director of Governmental Affairs Rosemary Jenks told Breitbart News.

In an interview on SiriusXM’s Breitbart News Saturday, hosted by Breitbart News Political Editor Matt Boyle and Deputy Political Editor Amanda House, Jenks said Democrats were increasingly uninterested in cutting a deal with President Trump to enact historic pro-American immigration reforms because it would get in the way of their electoral interests.

Well, I think, first of all, we have to step back and recognize that Democrats have a vested interest in maintaining the status quo on immigration because they’re looking at all of these people as future Democrat voters. And so, you know, if they can find a way to get legal status for the, as many of the 11 million illegal aliens, or however many million there are. … The more they can get citizenship for, the more Democratic voters they have, the more likely it is that they can essentially make the Republican Party an outlier in U.S. elections forever. That is a major interest that we all need to recognize here. [Emphasis added]

In a deal with Democrats to give amnesty to nearly 800,000 illegal aliens shielded from deportation by the President Obama-created Deferred Action for Childhood Arrivals (DACA) program, Trump demanded that two current immigration programs end: Chain migration and the Diversity Visa Lottery.

Chain migration is the process where a newly arrived immigrant to the U.S. is able to bring an unlimited number of foreign relatives to the country with them. 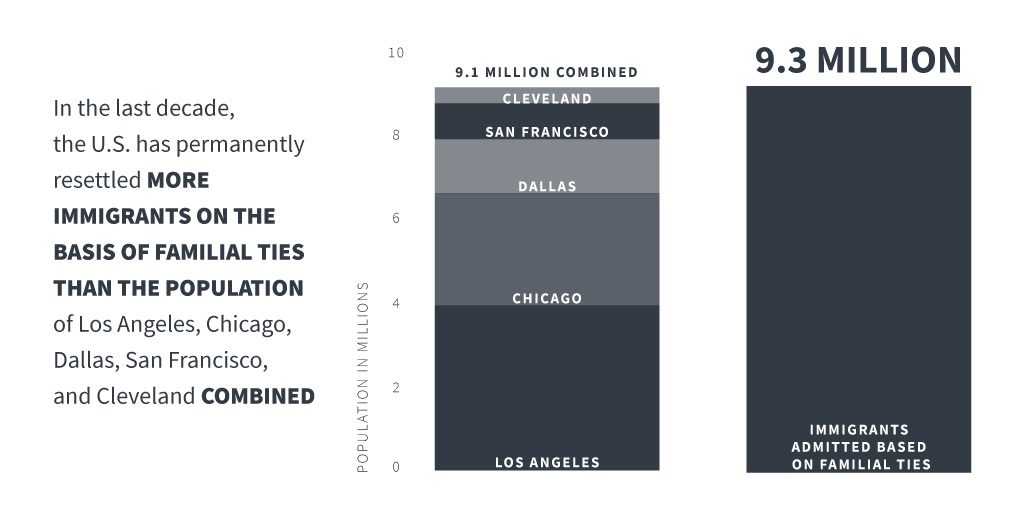 Additionally, the Visa Lottery randomly gives out 50,000 visas every year to foreign nationals from a multitude of countries, including those with known terrorism problems—such as Afghanistan, Algeria, Egypt, Iraq, Lebanon, Libya, Nigeria, Saudi Arabia, Somalia, Trinidad and Tobago, Venezuela, Yemen, and Uzbekistan. Winners have undergone only minor screening from immigration officials, even when their ideology is hostile to Americans laws and culture.

Jenks told Breitbart News Saturday that ending both chain migration and the Visa Lottery—as Trump has repeatedly called for—would greatly reduce legal immigration to the U.S. and thus raising the quality of life and wages for Amerca’s working and middle class.

Those two programs would reduce, if you just eliminated the visas, would reduce legal immigration by just over 300,000 per year. That’s a major impact and if you’re a Democrat and you’re looking at losing 300,000 new Democrat voters each year, you know that’s something they don’t want to do.

In recent days, Trump has said that negotiations for a DACA amnesty that would include ending chain migration and eliminating the Visa Lottery are “probably dead” due to Democrats’ unwillingness to cut legal immigration in order to benefit American workers:

DACA is probably dead because the Democrats don’t really want it, they just want to talk and take desperately needed money away from our Military.

I, as President, want people coming into our Country who are going to help us become strong and great again, people coming in through a system based on MERIT. No more Lotteries! #AMERICA FIRST