In its guidelines for the use of gender-inclusive language, the University of Dayton proposes the elimination of the gender-specific terms of “husband” and “wife,” substituting them with “spouse, partner, significant other.”

Despite the fact that the Catholic Church views matrimony as a stable union between a man and a woman, the Catholic college informs its students that “gender neutral language does not assume a gender with the individual who is being discussed” and thus spouse, partner and significant other are preferable to the traditional terms of husband and wife.

The watchful eyes at The College Fix, a conservative, student-staffed campus watchdog site, discovered the curious norms being fed to students and staff reached out to university officials for comment.

“The gender inclusive language is an educational resource — it is neither a guide nor an advisory nor does it represent University of Dayton or Women’s Center policy — and has been posted on the website for at least three years,” read a statement provided to The College Fix. “It is an educational resource geared to assist those who prefer to use gender inclusive language as well as those who wish to avoid assuming the gender of an individual being discussed.”

Along with offending terms such as husband and wife, the university proposes an extended list of expressions that should be replaced by other words that do not convey a determined sex. 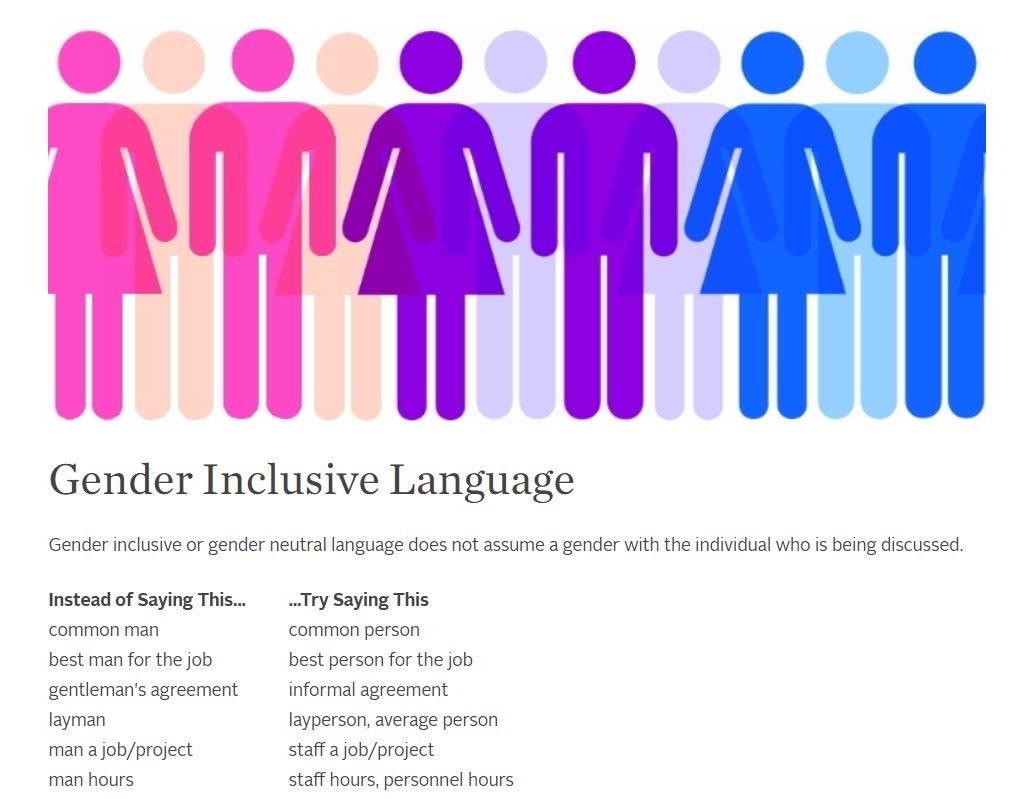 According to the school’s website, the University of Dayton is a Catholic university and is committed “to the dignity of the human person as a creative and social being created in the image and likeness of God.”

In recent years Pope Francis has insisted over and over on the essential difference between men and women, who together image God, contending that men and women are essentially different and not interchangeable.

Starting from the biblical passage that reads “in the image of God he created him; male and female he created them,” the pope declared that both men and women are necessary to truly “image” God, in an address in 2015.

This complementarity between men and woman is also a key element of effective parenting, the pope said, noting that a child deserves both a mother and a father and that neither is superfluous or replaceable.

“Experience teaches us,” he said, “that to grow harmoniously the human being needs the reciprocity between man and woman. When it’s not there, we see the consequences,” he said.

“Without the mutual enrichment in this relationship,” he said, “the two cannot even fully understand what it means to be a man and woman.”

Gender theory, which blurs or seeks to eliminate the differences between the sexes is ultimately damaging for a truly human society, the pope said, since it sows doubt and confusion.

“I wonder,” he said, “whether the so-called theory of gender is not an expression of frustration and resignation, which tries to erase sexual differences because it doesn’t know how to handle them.”

Removing sexual differences, Francis declared, “is the problem, not the solution.” Acting as if these differences didn’t matter means “taking a step backwards,” he said.

“God has entrusted the earth to the covenant between man and woman,” Francis said. Its failure “dries up the world of affection and darkens the sky of hope.”