Although Hillary Clinton lost the 2016 presidential election, she hasn’t dropped out of sight. In fact, after decades of Hillary, Bill, and grown-up Chelsea center stage, the family continues to pop up in political circles.

Now, Axios reports that all three Clintons will headline a fundraiser next month in New York City for the Clinton Foundation, an organization that has been under investigation by the FBI and Congress for uranium deals with Russia and cash infusion into the “philanthropic” foundation. 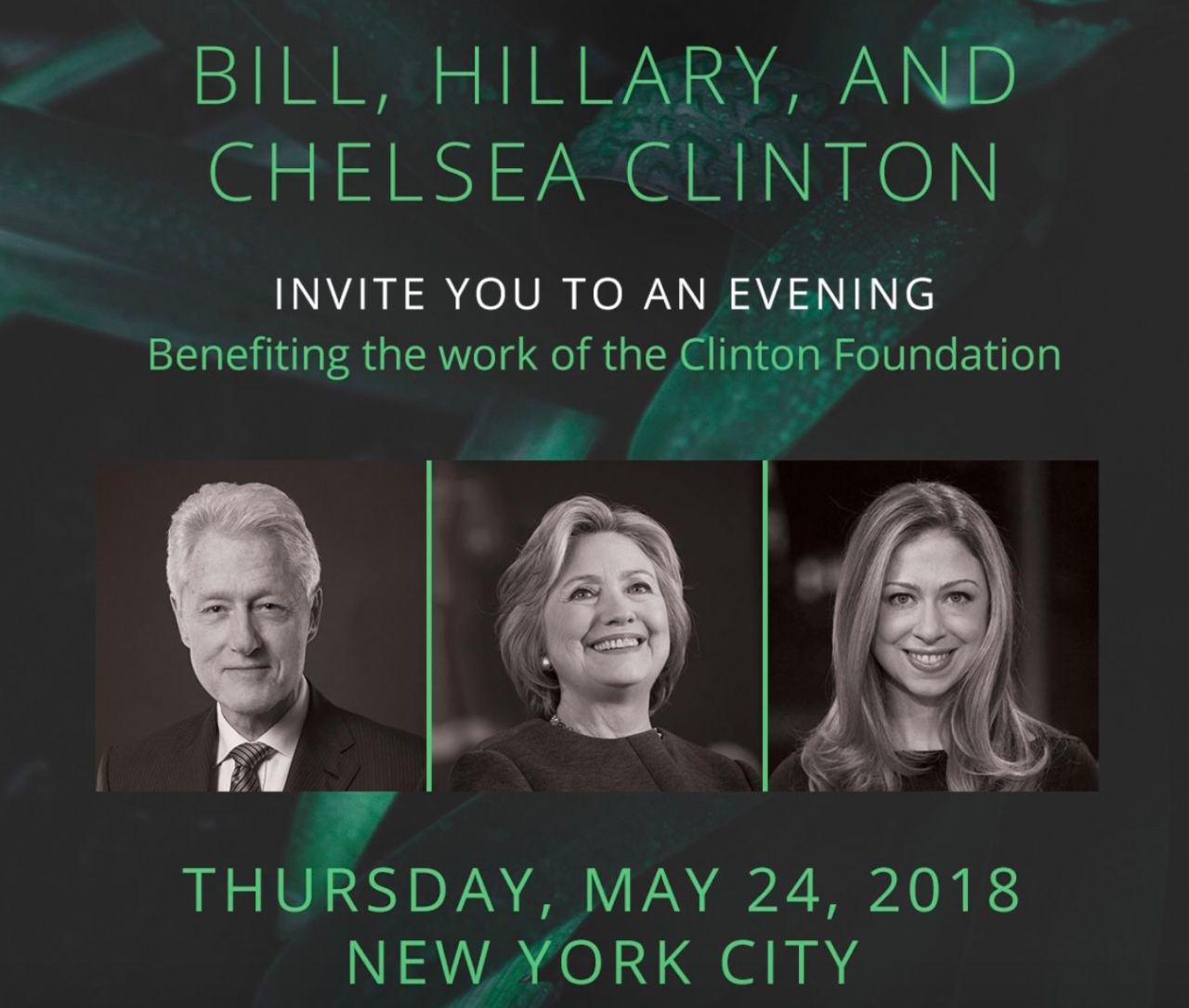 Axios reported that the Clintons “sporadic” appearances since the 2016 election is about to heat up this spring and summer:

Longtime Clinton supporters last week received an invitation offering access to the family (the green invitation features photos of Bill, Hillary and Chelsea) at a Clinton Foundation benefit on May 24 in New York, at prices ranging from $2,500 (“Friend”) for cocktail party and dinner, up to $100,000 (“Chair”) for “Leadership Reception for two, a premium table of ten, program recognition as Gala Chair and invitations to the Clinton Foundation Annual Briefing.” The foundation’ streamlined mission: “create economic opportunity, improve public health, and inspire civic engagement and service.”

Hillary also convened her political group Onward Together on Monday in New York City with help from co-founder and fellow failed presidential candidate, Howard Dean, according to Axios.

She and Dean “will welcome 11 partner organizations for a day of sessions ‘about harnessing the energy and activism post-election,’” Axios reported. “In the afternoon, the groups have the chance to meet with 150 donors.”

Onward Together raised more than $1 million last year from more than 30,000 donors and wants that figure to grow this year, according to Axios.

The Onward Together website reveals the left-wing, anti-Trump groups it supports, including Indivisible and Swing Left.

The Clintons are also promoting President Bill Clinton’s novel, The President is Missing, penned with the help of author James Patterson. The book is due out on June 4, with national book tours planned and a Showtime series on the book expected in 2019, Axios reported.

But the Axios report warned that not all Democrats are thrilled that the Clintons are still on the scene after decades in the spotlight — Bill, now 71, decided at 45 to throw his hat in the presidential ring.

“As the 2020 presidential race ramps up, plenty of top Democrats we talk to would prefer new energy and faces to Clinton nostalgia/redemption,” Axios reported.