According to a study by the Federation for American Immigration Reform (FAIR), there are now 564 sanctuary cities across the United States, compared to when former President Obama was in office, when there were 338 sanctuary cities in 2016. 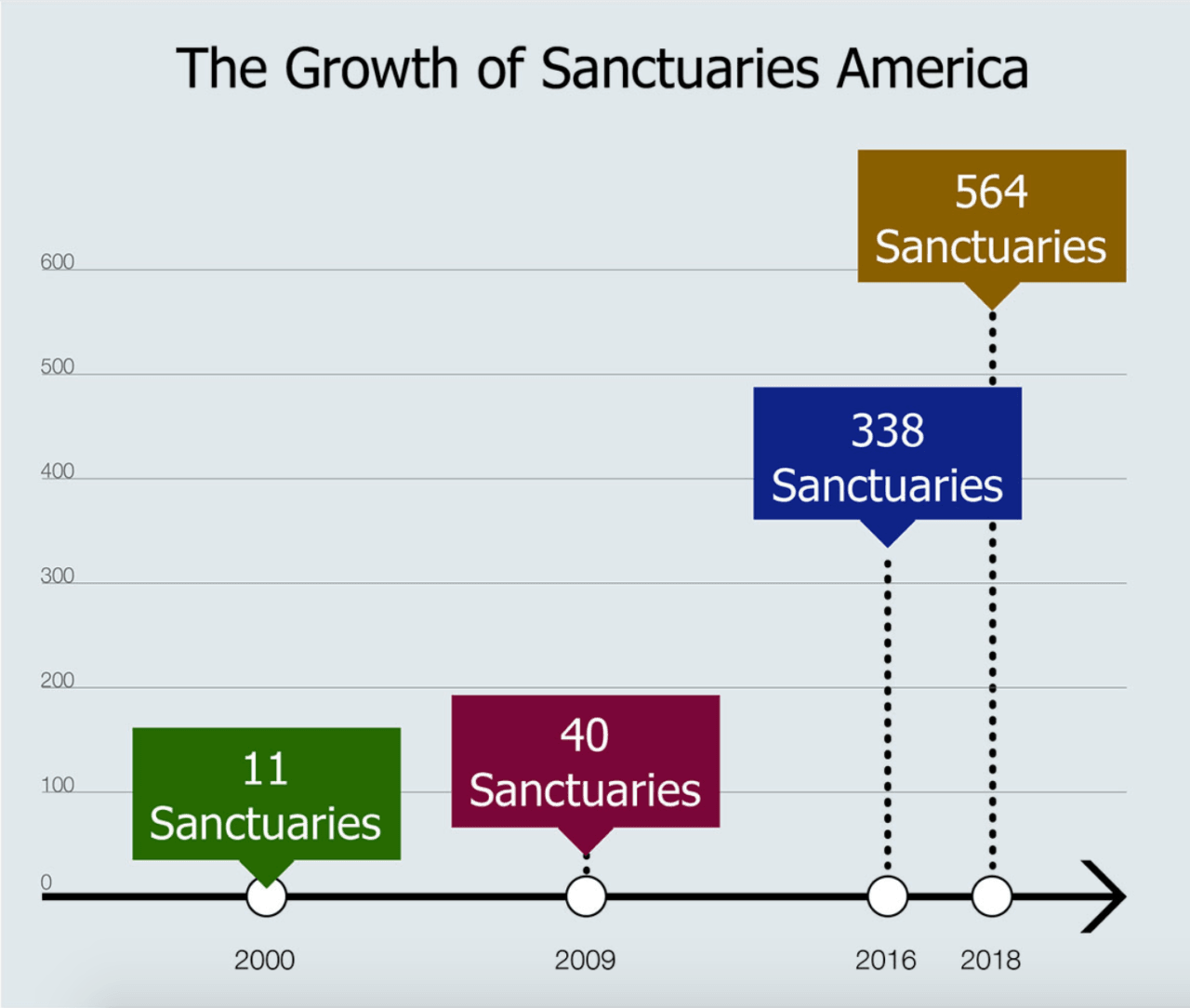 Experts with FAIR say that it is no longer only sanctuary cities that are expanding, but entire states — like California — are becoming sanctuary jurisdictions under Trump.

“Increasingly entire states are declaring themselves sanctuaries, thereby imposing these policies on county and municipal governments,” the FAIR report notes. “They have also morphed from passive non-cooperation policies to active efforts to obstruct federal enforcement, including against most criminal aliens.” [Emphasis added]

“Led by Texas, some states have adopted anti-sanctuary laws that prohibit local governments from instituting sanctuary policies,” the FAIR report states. “And, within sanctuary states – most notably, California – local governments are actively resisting extreme sanctuary policies that violate federal law and endanger public safety, including joining a lawsuit brought against the state by the U.S. Department of Justice.” [Emphasis added]

As Breitbart News reported, Attorney General Jeff Sessions has filed a lawsuit against the state of California for their sanctuary state policy. The case is likely to head to the U.S. Supreme Court.