Alabama’s voter ID laws had no suppression impact on black American turnout in the state’s most recent Senate election.

Despite constant accusations from organizations funded by billionaire George Soros and Democrats that laws mandating voters show ID ahead of casting a ballot suppress minority turnout, the most recent case in Alabama seemingly debunks this theory.

In the Alabama  Senate runoff election in late 2017 — where Roy Moore and Doug Jones fought to take Attorney General Jeff Sessions’ former seat — black Americans turned out in droves to push Jones over the edge to win the election, even as the state had implemented a new voter ID law.

The New York Times admitted in a report that the high black American voter turnout in Alabama “complicates” the claim by leftist advocacy groups and Democrats that voter ID laws keep black Americans from getting out to vote. 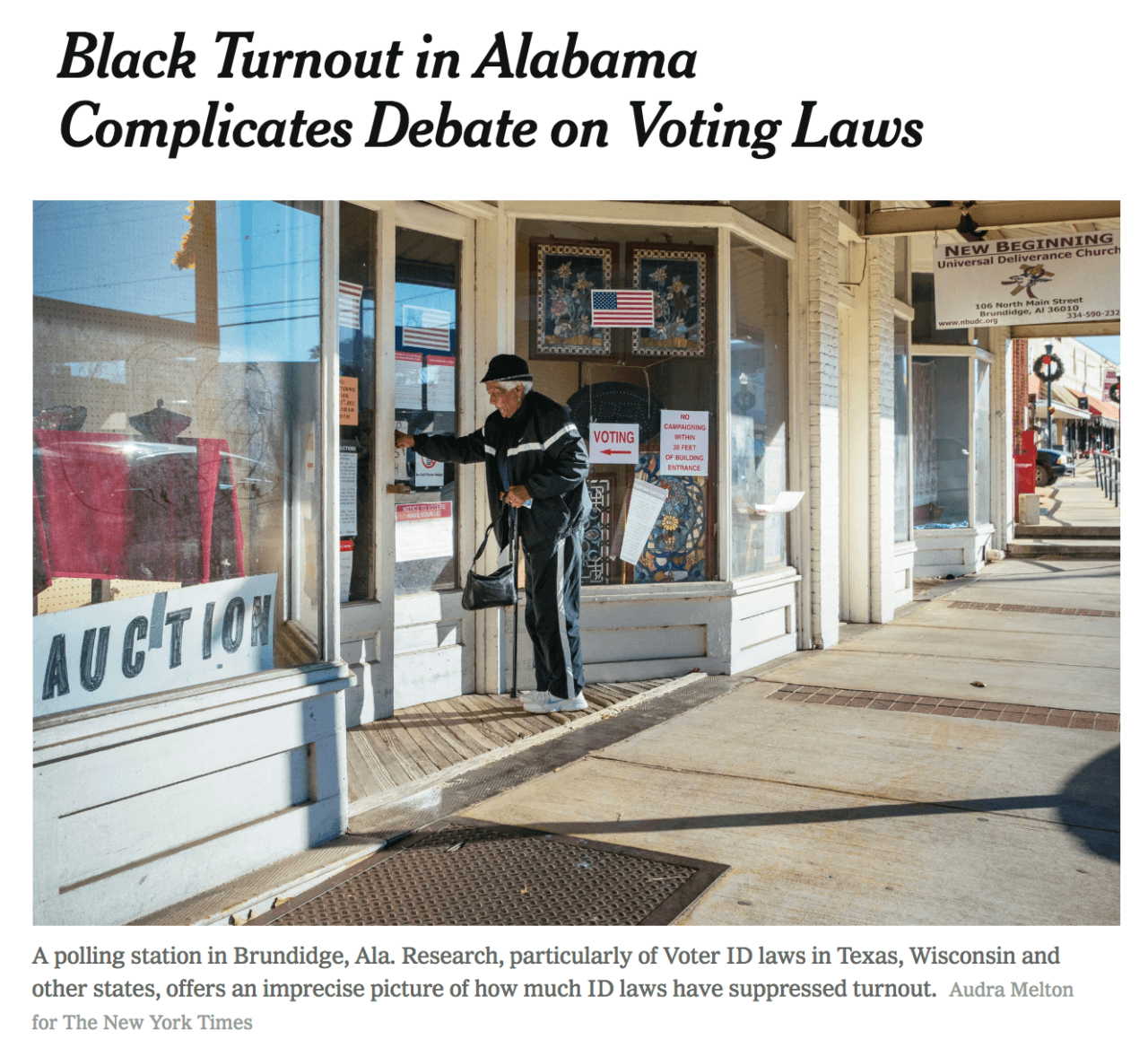 The New York Times admitted in 2017 that voter ID laws did not suppress the votes of black Americans in Alabama’s most recent election. (Screenshot via the New York Times)

A similar report by Courthouse News noted how despite claims that Alabama’s voter ID laws would suppress black American voter turnout, the opposite occurred on election day:

Jones was carried to victory by black voters who turned up on the clear December day in numbers higher than expected. According to exit polling conducted by CNN, black voters overwhelmingly supported Jones, with 98 percent of black women voting for him. [Emphasis added]

Twenty-nine percent of voters in the Alabama special election were black, according to CNN, at a time when they make up about 26 percent of Alabama’s population. While one in four people in Alabama are black, one out of every three voters in line Tuesday deciding the race between Moore and Jones was African-American. [Emphasis added]

In his newest book titled Fraud: How the Left Plans to Steal the Next Election, Government Accountability Institute (GAI) research director Eric Eggers told Breitbart News in an exclusive interview that “the Democrat political machine is built in part on the reliance of illegal votes cast by demographics that vote reliably for Democrats.”

This “political machine,” as Eggers describes, is partly committed to stopping voter ID laws with accusations of racism and voter suppression, despite there being no evidence supporting these claims, he says.