Big city mayors love to decry the risks of climate change–except when they are trying to sell muni bonds. 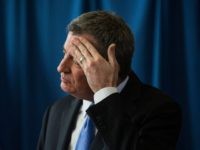 Some of communist China’s most prominent rappers, many who faced threats of censorship from the regime for their individualistic music, shared a pro-Hong Kong police meme this week created by Beijing. 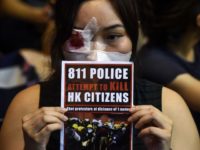 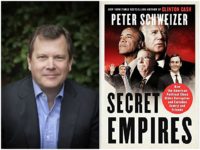 An effort to allegedly add Democrat votes after Election Day in Florida is “potentially grounds for a RICO” investigation, an election fraud expert says. 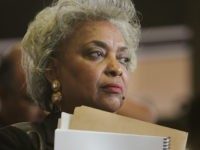 The Obama administration approved more than 71,000 retailers to accept Supplemental Nutrition Assistance Program (SNAP) benefits but did not require many of these retailers to undergo background checks, according to a recent report from the Government Accountability Institute (GAI). 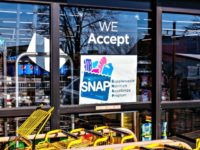 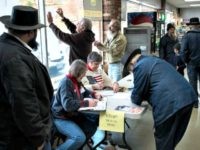 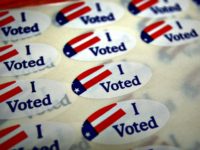 Alabama’s voter ID laws had no suppression impact on black American turnout in the state’s most recent Senate election. 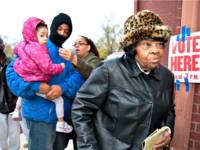 In his new book Fraud: How the Left Plans to Steal the Next Election, Government Accountability Institute (GAI) research director Eric Eggers details the Democrat Party’s reliance on illegal voting and their efforts to keep those vulnerabilities intact. 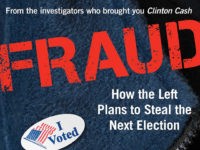 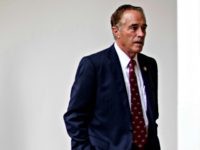 For the past three years, the Communist Party of China (CPC) has made overt efforts to popularize hip-hop music with communist messaging in the country. It only half-succeed – non-political rappers have made it big – triggering a major crackdown on the “low-taste” genre this week. 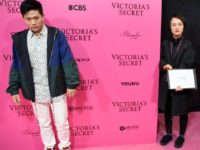 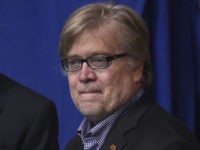 Stephen K. Bannon (or, for those who want to maximize their SEO, Steve Bannon) — president-elect Donald Trump’s pick for White House chief strategist — made his pet issues known long before joining Trump’s insurgent presidential campaign. Now, Americans can reflect on what issues Bannon may take on within a Trump White House — and it does not look good for the culture of corruption in Washington, DC. 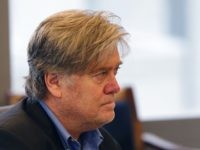 A new report from the Government Accountability Institute (GAI) concludes that the Obama administration’s Department of Justice has been extorting fines from major banks, which are then used to fund leftist groups that push the Democratic vote. 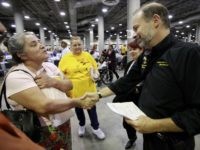 The Donald Trump presidential campaign is demanding that Hillary Clinton’s campaign chairman John Podesta come clean about the details surrounding his membership on the executive board of an energy company, Joule Unlimited, which received millions from a Putin-connected Russian government fund and the “75,000 common shares” Podesta owned and had transferred to a holding company called Leonidio LLC. 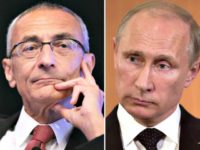 Hillary Clinton’s campaign chairman John Podesta’s membership on the executive board of an energy company, Joule Unlimited, which received millions from a Putin-connected Russian government fund, also included “75,000 common shares,” according to an email exchang uncovered by the Wikileaks hacks. 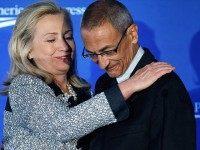 Hillary Clinton’s campaign chairman John Podesta sat on the board of a small energy company alongside Russian officials that received $35 million from a Putin-connected Russian government fund, a relationship Podesta failed to fully disclose on his federal financial disclosures as required by law. 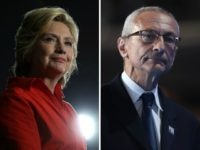 Kathleen Sebelius: ‘Americans Have No Idea What Insurance Is About’

Former Health and Human Services (HHS) Secretary Kathleen Sebelius said on Tuesday that passage of the highly unpopular Obamacare program has revealed Americans’ ignorance about health insurance.  “One of the things that we have learned with the passage of the

Shock Poll: 47 Percent of Democrats Say Obama Is the Problem

A new NBC News/Wall Street Journal poll finds that over two-thirds (67%) of Americans say President Barack Obama must substantially change the direction he is leading the nation, including 47% of Democrats who say they want Obama to substantially change

A new Politico poll finds that Americans rate former President George W. Bush as a more effective manager than President Barack Obama. When asked the question “Which President do you believe was more effective at managing the basic functions of

On Sunday, Sen. Elizabeth Warren (D-MA) blasted President Barack Obama for protecting big-money crony capitalists on Wall Street, instead of average families on Main Street. “He picked his economic team and when the going got tough, his economic team picked

In an interview with NewsMax TV, former Bill Clinton strategist Dick Morris blasted President Barack Obama for not attending 58% of his daily intelligence briefings, a revelation from a new Government Accountability Institute (GAI) report. “It’s worth noting that Obama

State Dept. on Obama Intel Briefings: 'He Receives Those Whenever He Can'

The Obama administration found itself scrambling on Tuesday to defend President Barack Obama for his lackluster 42% attendance record on daily intelligence briefings, a finding from a new report issued by the non-partisan Government Accountability Institute (GAI). When asked about

Report: Obama Has Missed over Half His Second-Term Daily Intel Briefings

A new Government Accountability Institute (GAI) report reveals that President Barack Obama has attended only 42.1% of his daily intelligence briefings (known officially as the Presidential Daily Brief, or PDB) in the 2,079 days of his presidency through September 29, 2014.

Former Majority Leader Eric Cantor (R-VA) is considering hedge fund, private equity, and big bank job offers that could bag him over $1 million a year, reports Politico. “There are two famous streets in America that would be glad to

The USA Today editorial board blasted Congress for its recent efforts to undermine the Stop Trading On Congressional Knowledge (STOCK) Act which banned members of Congress from profiting off of insider knowledge when making investments.  As USA Today noted, a book

Obama on Benghazi: 'It's Not Serious'

At a 60-person Democratic fundraiser Monday night, President Barack Obama told donors that debates over scandals such as Benghazi and Obamacare are pointless. “The debate we’re having now is about what, Benghazi? Obamacare? And it becomes this endless loop. It’s