Rohrabacher, 71, has been a passionate advocate for legalized marijuana for years. Recently, he said that the Trump administration was planning to legalize medical marijuana nationwide after the midterm elections, and to leave the regulation of recreational marijuana to the states — a policy for which Rohrabacher has long advocated. 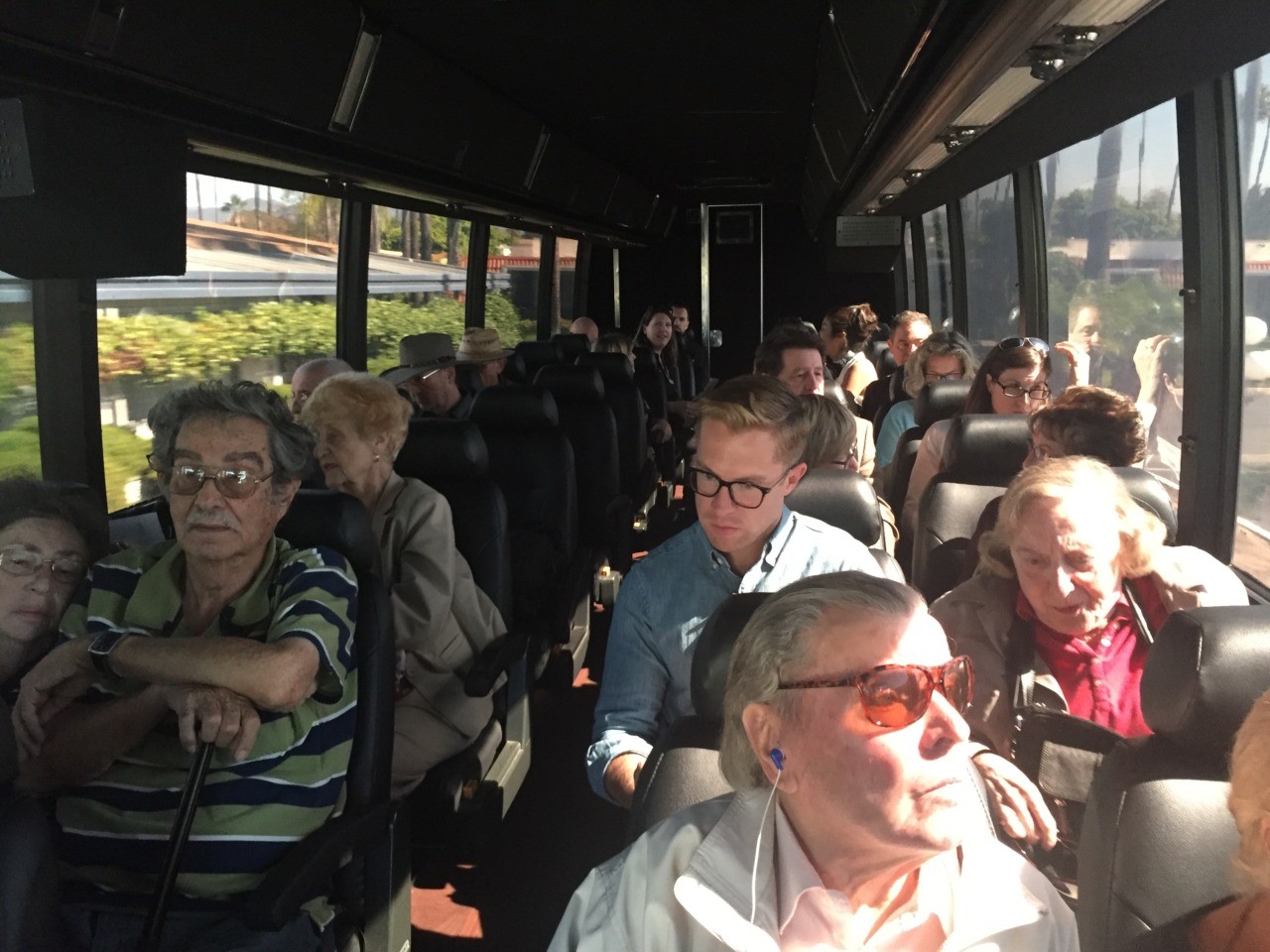 The group was hosted by the Bud and Bloom dispensary, established in 2017, just before the state of California’s new law legalizing recreational marijuana went into effect on Jan. 1. Voters passed the law, Proposition 64, in 2016.

Jocelyn Rosenwald, president of Bud and Bloom’s board, told Breitbart News that the dispensary organizes monthly bus trips for nearby retirees. “Community engagement is really important to us, and one of the more underserved communities is the senior community,” she told Breitbart News.

She added that the dispensary places particular emphasis on educating seniors about “what the products are, and how to use them,” given that many have never used marijuana before, and may only think of cannabis products as the traditional, smokable hand-rolled joints.

On the bus, Sandy Sopher and Christy Diller, both from a retirement community in Laguna Woods, California, were looking forward to their visit to the dispensary. “When I have pain, I’m going to take whatever works,” Diller said.

Sopher, who recently moved to California from New Jersey, was excited to visit the dispensary, and curious about Rohrabacher’s stance in favor of marijuana — particularly as a Republican, which she called a “double” surprise. 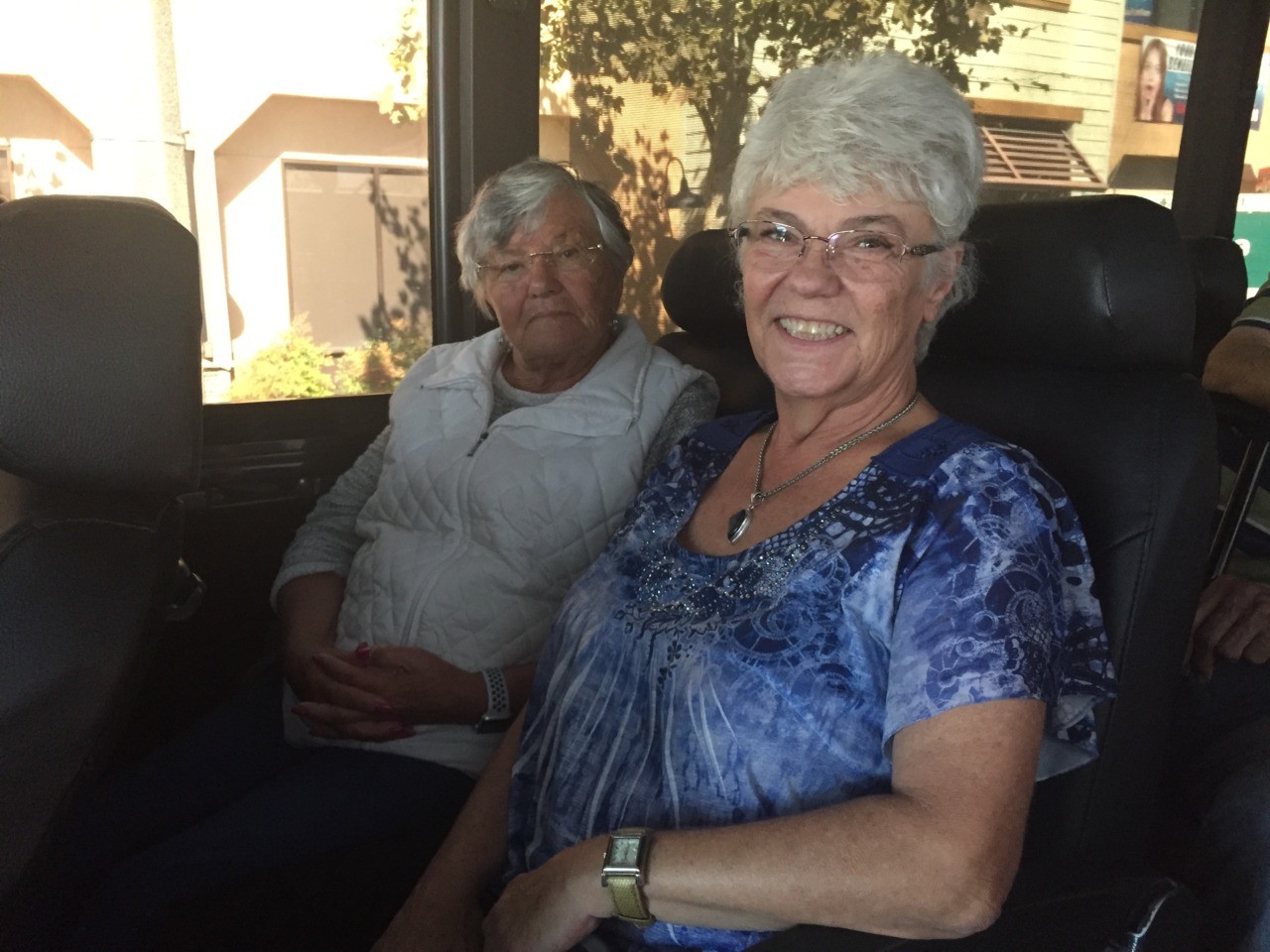 One woman from nearby Lake Forest, California — who did not want her name used — told Breitbart News that she was trying marijuana for the first time, hoping it would help her sleep better, and relieve pain from an arthritic knee.

Patti, 90, told Breitbart News she was curious to learn about medical marijuana. She described the tour as a “safe, conservative” way to explore — and had brought a friend with medical problems whom she thought might benefit.

Rohrabacher rode the bus with the seniors, most of whom were his constituents. 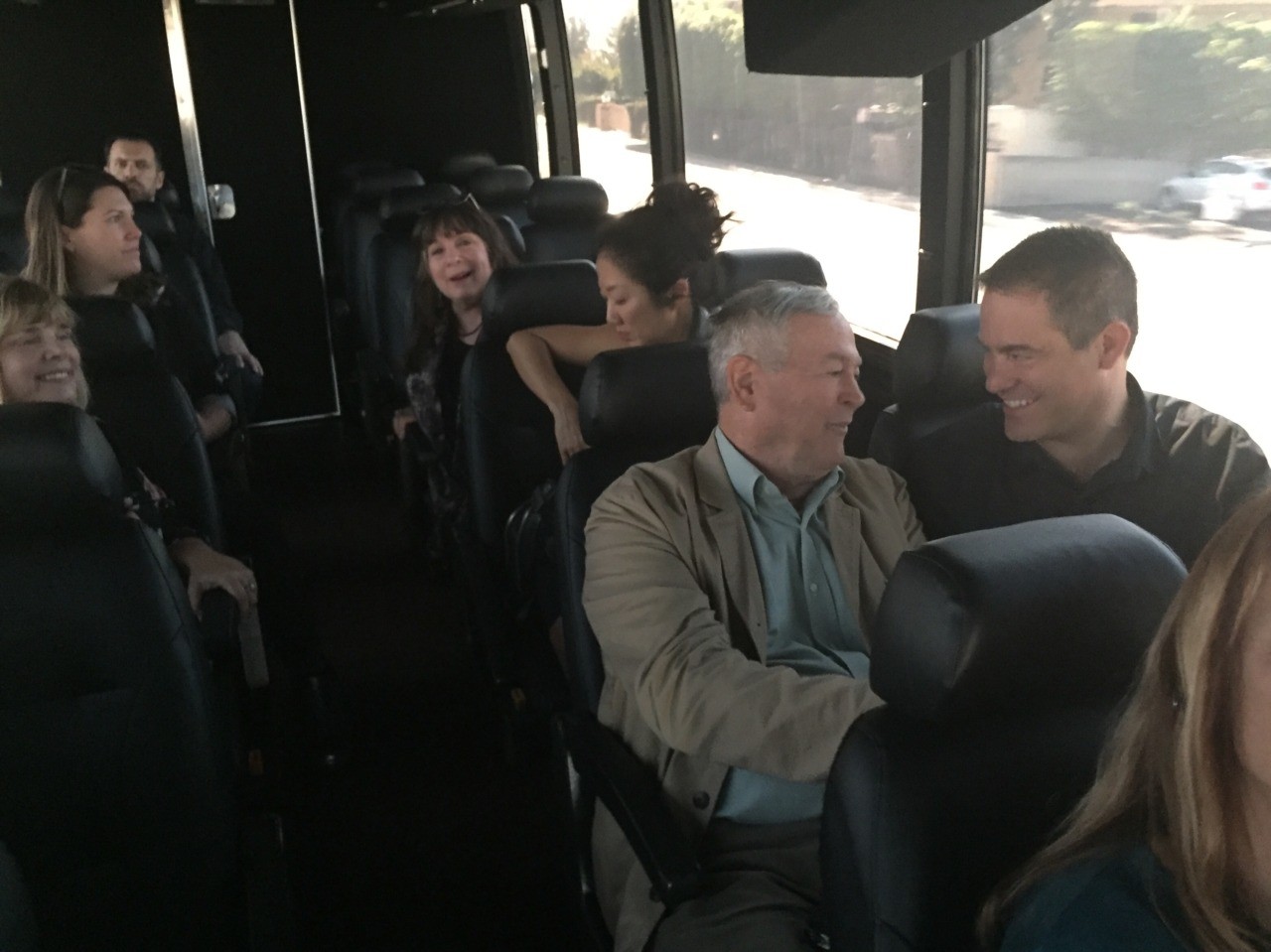 Dana Rohrabacher rides the bus to the Bud and Bloom dispensary

Asked whether this event was unusual, especially so close to a midterm election, he told journalists: “It’s an unusual event but reflects what’s going on in America, especially in my beachfront district.

“I’ve always thought that seniors were going to be the biggest market for cannabis in the country,” he continued. “The fact is, cannabis can be of assistance to them. Many of them have aches and pains, trouble with sleeping, or with lost appetite. We should be willing to let them be free to use things to affect those maladies that they have with age.

The day before, Rohrabacher had debated his Democratic challenger, Harley Rouda, attacking him for his support for Medicare for illegal aliens.

But the law-and-order stance Rohrabacher has taken toward illegal immigration has not precluded him from adopting a libertarian position on marijuana.

“To me, it’s always been a freedom issue — people should be free to make choices about what do with their own life,” he said Tuesday. “And it’s also a suffering issue, because there is a needless suffering going on because of a prejudice in the law.”

When they arrived, the seniors entered a storage area adjacent to the dispensary, where several vendors had set up tables to present their wares. 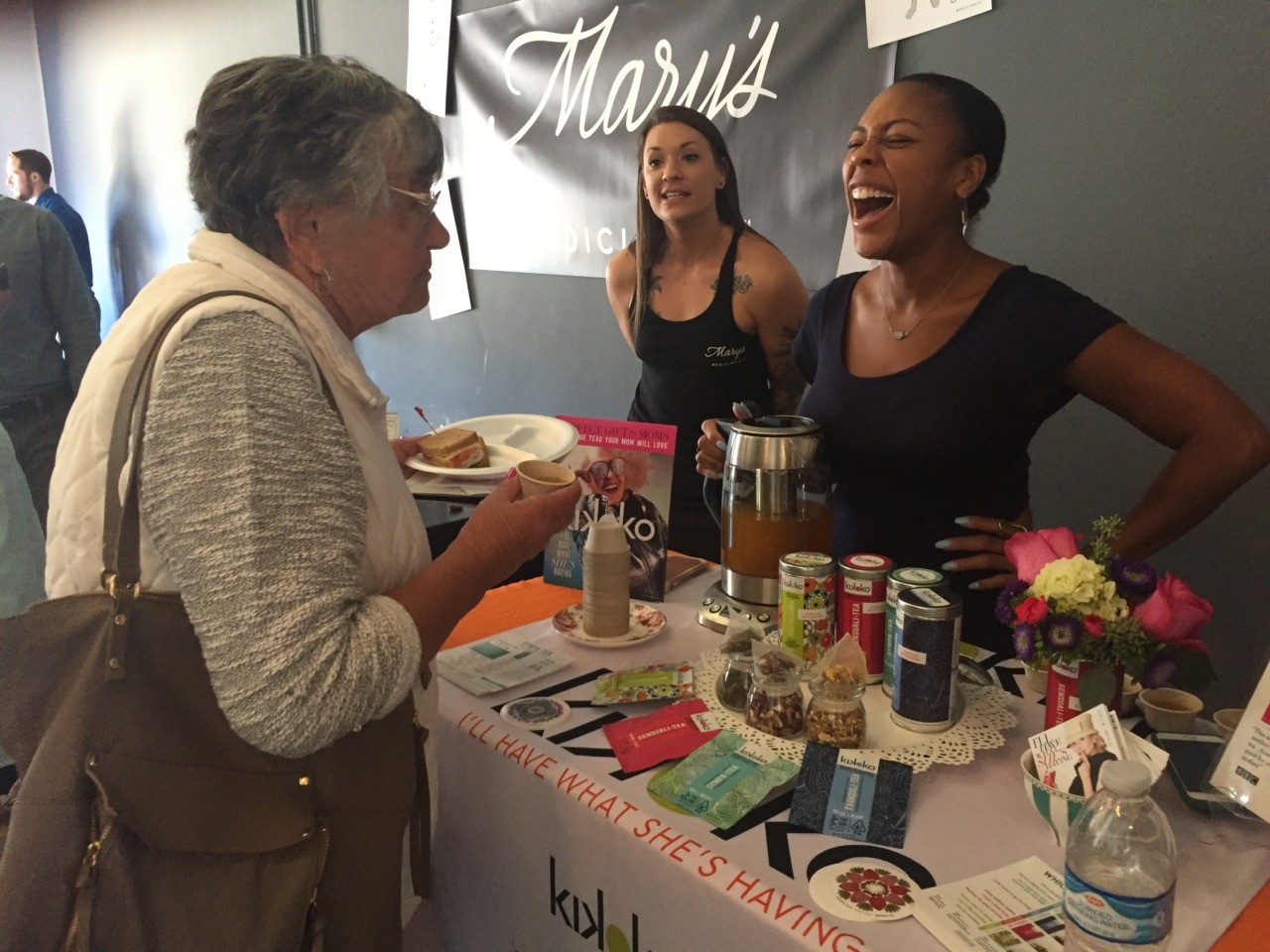 Rohrabacher spoke to the group for about 12 minutes, speaking passionately about his advocacy for legal marijuana and how medical marijuana had helped his constituents.

He then headed inside to tour the pot dispensary itself. 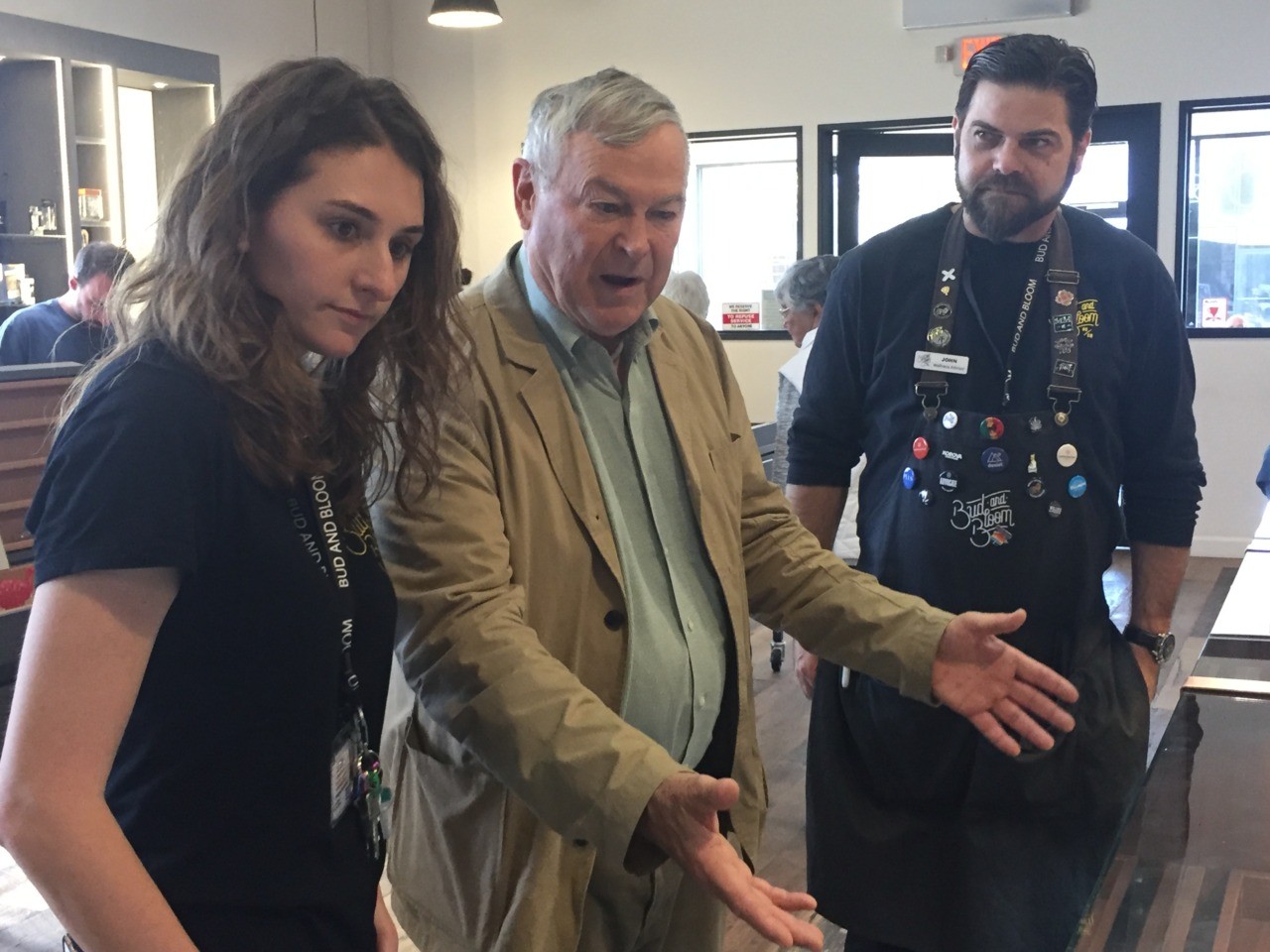 Rohrabacher asked about the various products on display — few of which were simple, smokable marijuana. “Do people still smoke joints?” he asked employees. “Fifty years ago, I was an expert on this,” Rohrabacher quipped. 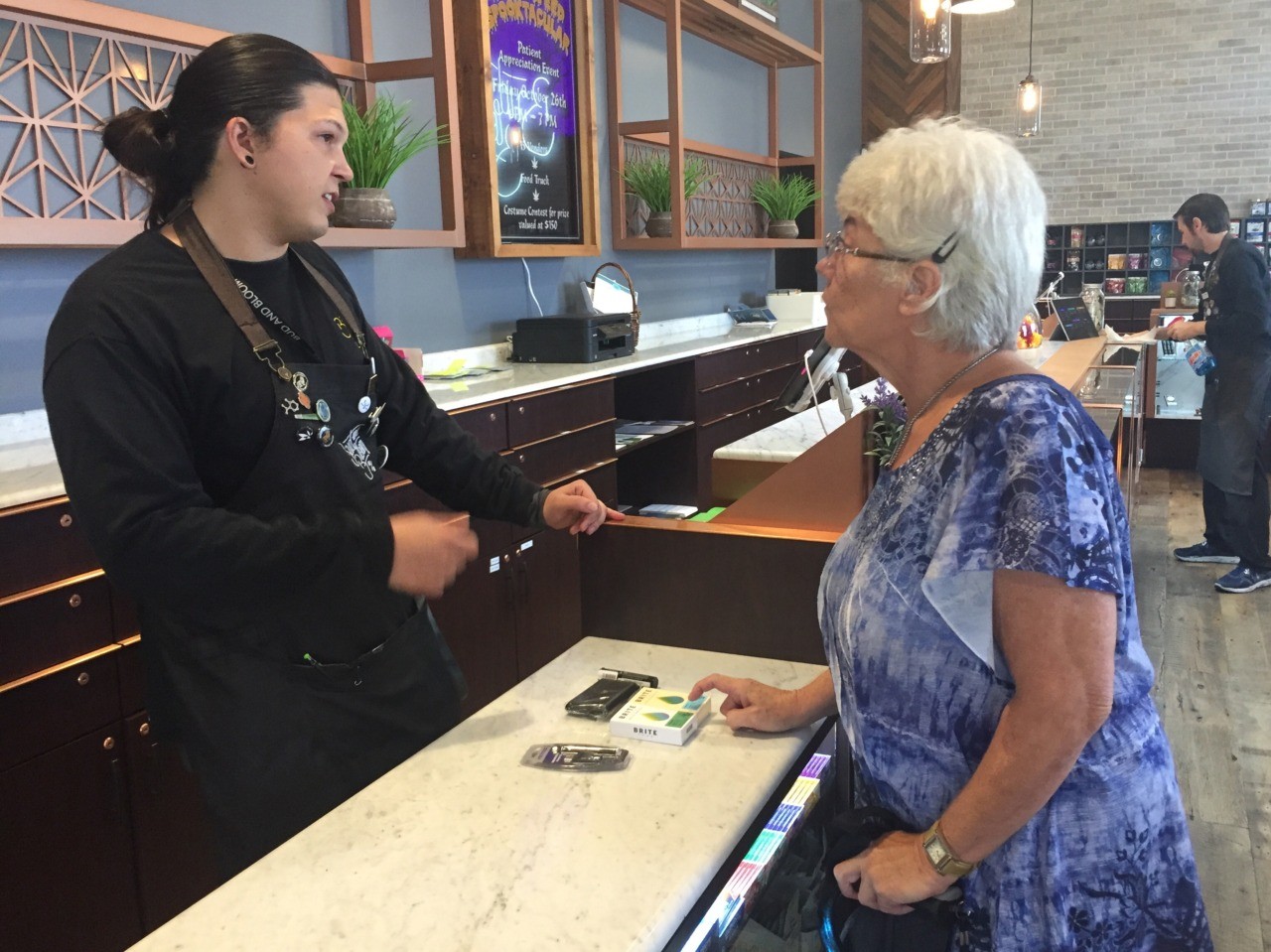 Oliver Allnatte, one of the employees at Bud and Bloom, described the numerous outreach events the dispensary had launched for senior citizens, including a food drive that ended Tuesday.

He, like others at the store, praised Rohrabacher for his advocacy for cannabis. “It’s always nice to have someone like that in Washington,” he said.

Afterwards, participants examined their purchases. Many expressed surprise, and delight, with the new products. 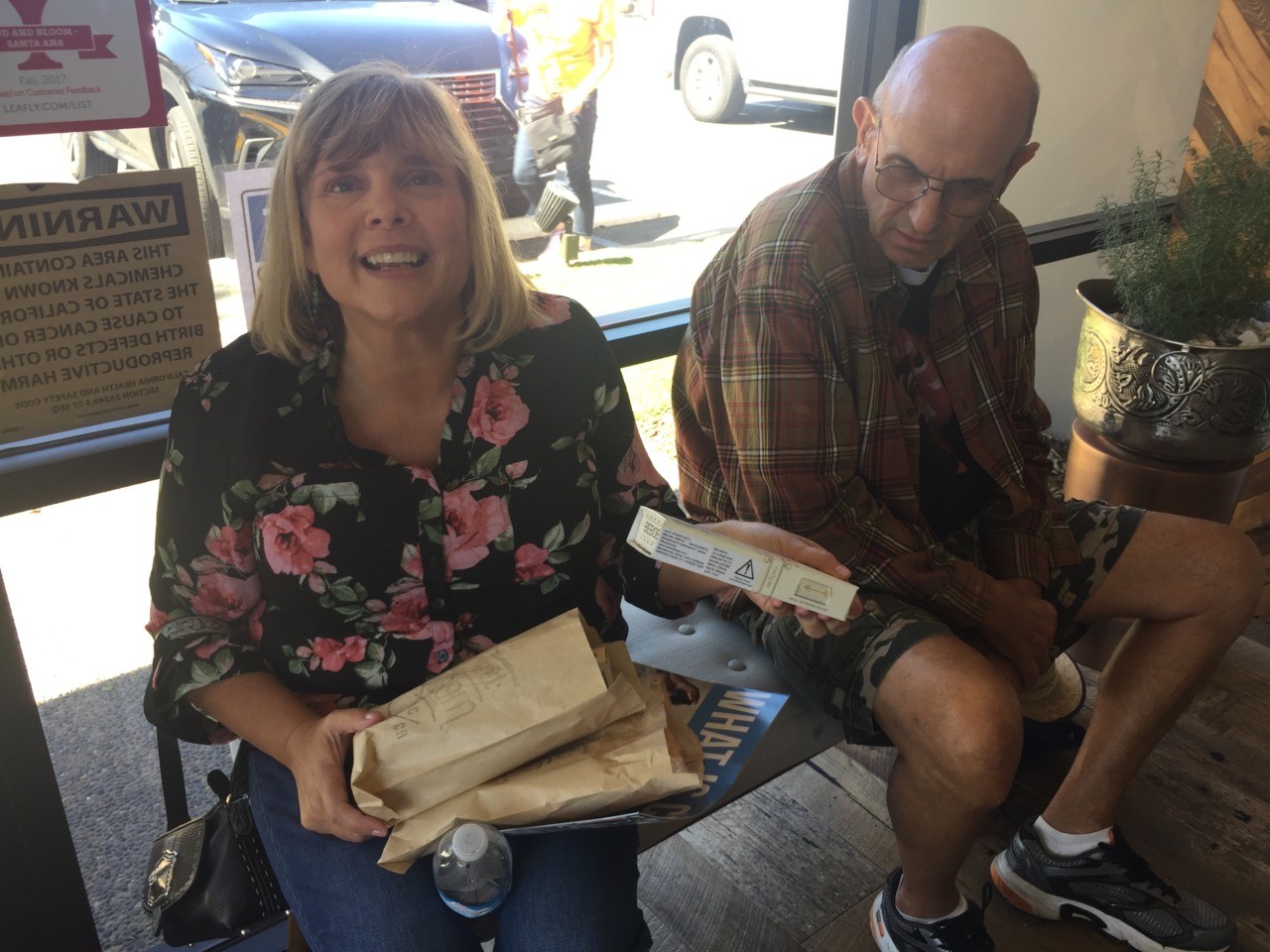 Sandy Sopher was thrilled with the experience: “It’s like a candy store,” she beamed.