The fallout from a proposed law in Virginia that would allow abortion up to the moment of birth includes pro-life advocates protesting on Saturday outside of a now-canceled town hall meeting of Kathy Tran, the Democrat in the state legislature who sponsored it. 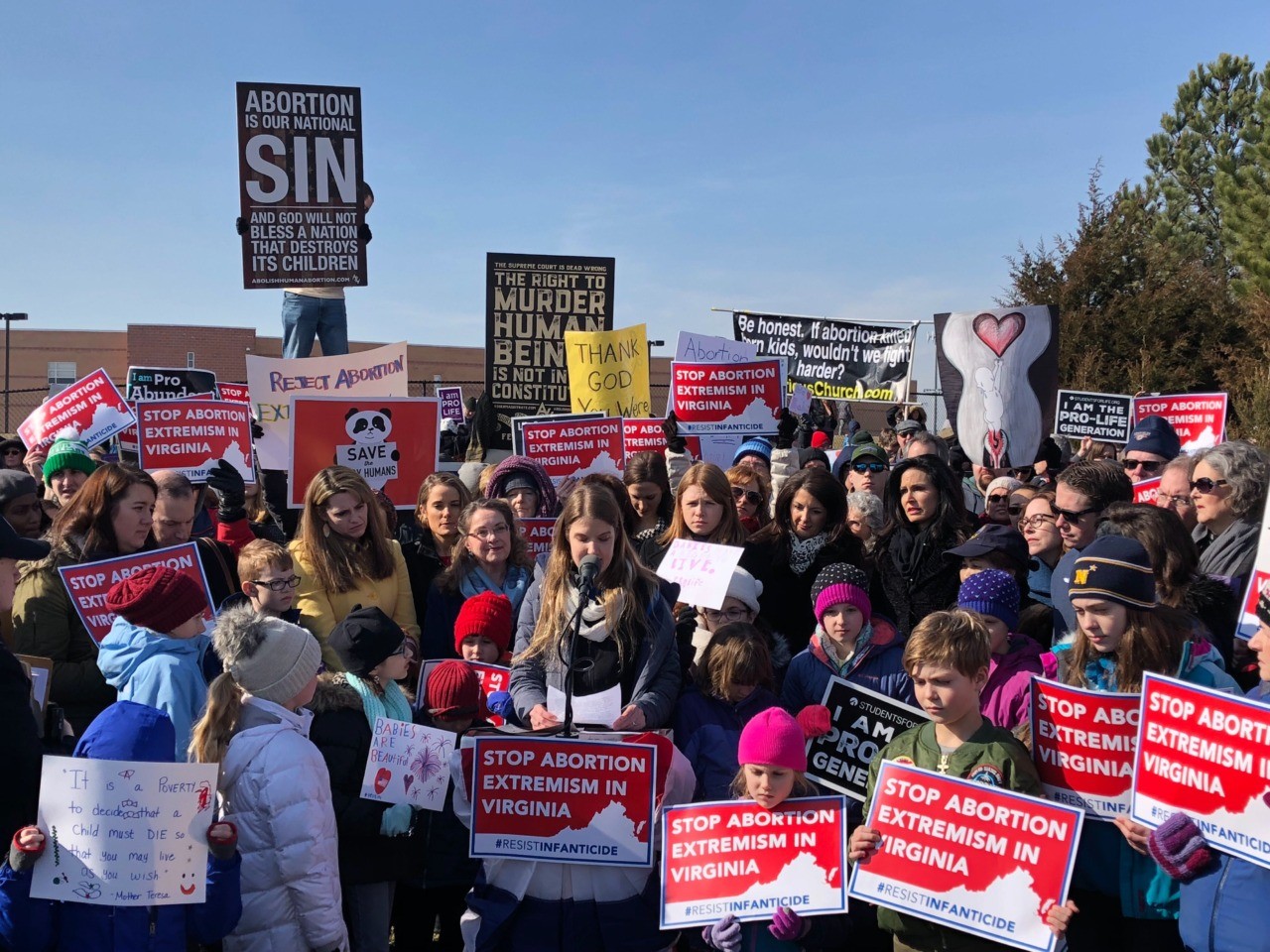 Susan B. Anthony List (SBA List) along with The Virginia Family Foundation, Virginia Society for Human Life, Students for Life, and other groups will gather in Lorton, Virginia, to protest the push for radical abortion laws in Virginia and elsewhere around the country even if Tran decided to cancel her town hall.

“On the heels of New York’s radical expansion of abortion, Delegate Tran’s bill and Governor [Ralph] Northam’s statements reveal with alarming clarity what the modern Democratic Party stands for and their agenda for our nation – abortion on demand, up until the moment of delivery and even beyond,” Marjorie Dannenfelser, president of Susan B. Anthony List, said in announcing the protest, which is set to begin at 11:30 a.m. Eastern.

“This position is irreconcilable with the beliefs, values, and desires of most Americans,” Dannenfelser said.

Northam said in a radio interview that if a baby was aborted right before birth the child would be “kept comfortable” while his or her fate was determined by the woman giving birth and her physicians.

VA gov on abortion this morning:

The proposal of the bill that could lead to infanticide surfaced after State Delegate Todd Gilbert (R-Shenandoah) questioned Tran while the bill was being debated.

“Mr. Chairman, that would be, you know, a decision that the doctor, the physician would make at that point,” Tran said.

“I understand. I’m asking if your bill allows that?” Gilbert said.

“My bill would allow that, yes,” Tran said.