Australia and America “see the world through the same eyes” declared Prime Minister Scott Morrison on Friday, moments after he landed on the deck of the U.S. Navy aircraft carrier USS Ronald Reagan.

The leader of Australia’s conservative coalition government alighted on the warship aboard a US Navy C-2 Greyhound airplane, and immediately took the opportunity to address crew members on the importance of the Australia-U.S. alliance and honor the legacy of former U.S. President Ronald Reagan, the Australian reports.

Mr Morrison, 51, paid elegant tribute to American leadership in the South-West Pacific theater during World War Two, applauding the United States as it “helped secure the freedom we enjoy today” after it joined Australia in turning back Japan from occupying nearby Papua New Guinea.

The two nations then fought side-by-side through the rest of the conflict as it engulfed the Pacific and set up the ANZUS Treaty to ensure mutual security in the years to come.

The ANZUS Treaty binds the U.S., Australia and New Zealand together in a defense pact covering military matters in the Pacific Ocean region. It provides that an armed attack on any of the three parties would be dangerous to the others, and that each should act to meet the common threat. 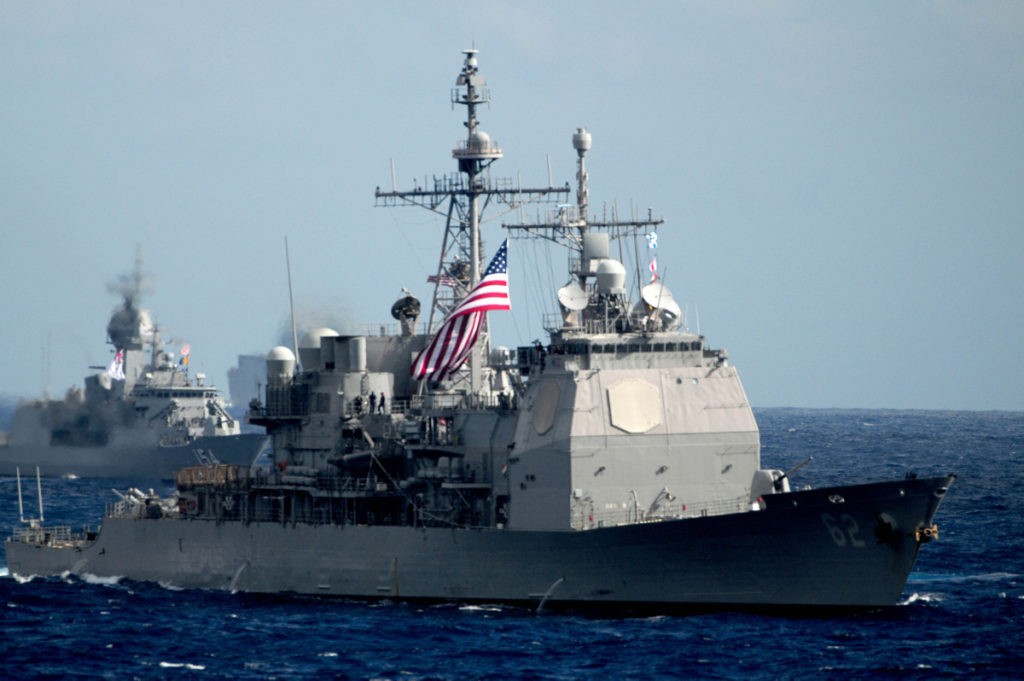 Mr Morrison credited that vision and said America deserved great credit for shaping a new global order when the war ended, arguing Australia and the U.S. had “always understood each other and stood by each other.”

“Australia believes in what Ronald Reagan called the ‘truths and traditions’ that define the United States,” Mr Morrison said. “We stand together in these self-evident truths. We stand together for personal liberty and freedom. For democracy and the ballot box. For the rule of law, and freedom of association. For free economies and free peoples.”

He then looked to the war games about to unfold in Australia and across the nearby Coral Sea.

“Over the next few weeks, alongside our friends from New Zealand, the UK, Canada and Japan, 25,000 men and women will participate in gruelling field training exercises,” he said.

“You will put yourselves to the test and ensure that ours is a seamless partnership — one that works on the seas, on the ground and in the air. And that the great mateship that underpins the Australian military ethos extends to our US mates.”

Mr Morrison said the $4.5 billion aircraft carrier USS Ronald Reagan was an “extraordinary symbol” of American power and the United States’ ongoing commitment to the region in general and its allies in particular.

“It’s not something we can ever take for granted,” he said. “Seventy-seven years ago the mighty US Navy carriers Lexington and Yorktown and their crews were not too far from here, in the Pacific defending Australia during the Battle of the Coral Sea. Pushing back, alongside our own Defence Force, against militarism and expansionism.

“That naval battle is also known as the Battle for Australia — and our nation remains grateful to the men who gave their lives to this ocean.”

“Their sacrifice, to appropriate the words of Thomas Jefferson, tended the tree of liberty here in the Pacific. They are part of the soul of our enduring Alliance.”