DETROIT, Michigan — Gov. Jay Inslee of Washington State met with Muslim leaders from the Detroit area at the Islamic Center of Detroit on Tuesday morning ahead of the second Democratic debate to address what he called President Donald Trump’s “attack” on Muslim communities.

The discussion with Inslee was moderated by Dawud Walid, executive director of the Michigan chapter of the Council on American-Islamic Relations (CAIR-MI).* 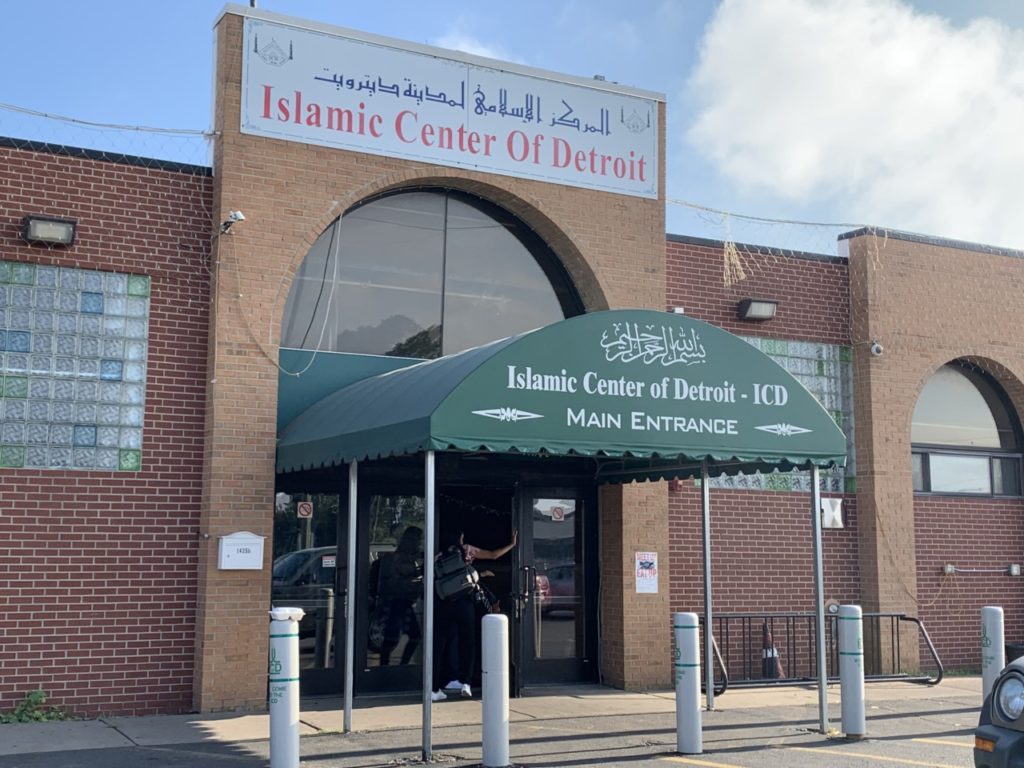 Insole began by noting that America was founded, he said, on freedom of religion “without interference or assault by any elected official.” The Muslim community, he said, was “under attack from the current occupant of the White House,” which he called “un-American.”

He boasted, to applause, that Washington state had taken on the Trump administration in court and won 22 times.

He noted that Thomas Jefferson owned a copy of the Koran (without noting Jefferson’s opposition to slavery and piracy in the Muslim world, and his determination to defeat the Islamic Barbary states).

Walid asked the first question, asking Inslee whether he supported the right of Americans to participate in the “boycott, divestment, sanctions” (BDS) movement against Israel. Inslee said that he did not agree with “everything” that BDS stood for, but that he supported freedom of speech even for those with whom he disagreed. (Later, he added  that he supported Israel as a Jewish, democratic state, and that that Palestinians were victims of the “climate crisis.”

Others asked about the problem of American Muslims appearing on no-fly lists. One criticized what he called wage stagnation in the U.S. economy.

Inslee agreed, and said that Trump’s attacks on Muslims were an attempt to distract from “his failures” on the economy and health care. “He’s trying to take away our health care,” Inslee said.

“He’s a very insecure person anyway … That’s what bullies do,” Inslee added. He also promised to make sure that those who did not deserve to be on no-fly lists would be removed.

One leader criticized the Democratic party for “not having risen to the occasion” of challenging Trump, adding that none of the candidates seemed prepared to do so.

Inslee compared Trump’s behavior to President George W. Bush trying to “whip up flames” to encourage a war against Iraq. He said he would resist efforts to lead the U.S. into war with Iran.

Inslee blamed Trump for the rise in tensions with Iran, saying that his withdrawal from the Obama administration’s nuclear deal was the reason.

Asked about refugee policy, Inslee said that opening the door was “the single most important thing we have to do.” While he would not change the current security policies, Inslee said, the U.S. needed to be accommodating toward refugees as well as “Dreamers” (illegal aliens who came to the country as minors).

One question was what Inslee would do to deal with the growing national debt. He blamed Trump’s tax cuts for creating a “giant hole” in the federal deficit, suggesting he would raise taxes. He also said the U.S. could save money by brining troops back to Afghanistan.

Inslee is appearing on the second night of the debate, on Wednesday, July 31.

*As Breitbart news has noted:

In 2007-8, CAIR was named an unindicted co-conspirator in the terror financing trial of the Holy Land Foundation for Relief and Development. That case, in turn, led the FBI to discontinue its work with the organization. In 2009, a federal judge ruled that the government “produced ample evidence to establish” the ties of CAIR with Hamas, the Palestinian terror organization. The United Arab Emirates labeled CAIR a terrorist organization in 2014 (a decision that the Obama administration opposed)