Democrat staffers threw an impeachment party at a Capitol Hill bar after the last public hearing concluded on Thursday evening.

The party was held at the Capitol Hill establishment Hawk ‘n’ Dove, just a stone’s throw from where the impeachment hearings were held this week.

About 15 staffers celebrated with Democrat counsel Daniel Goldman, with at least four rounds of cheers. There was a table topped with hamburger sliders and other snacks. 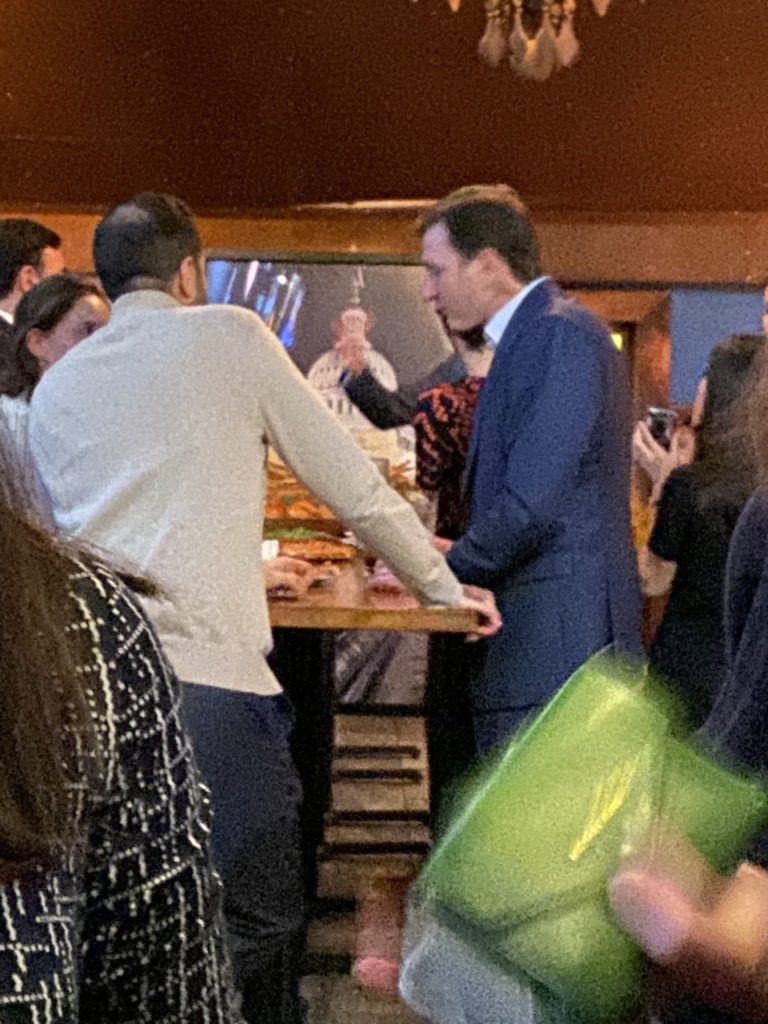 The crew seemed to be in good spirits — many laughing and smiling. It was not clear whether they thought the public hearings went well, or because they were relieved the marathon week of days-long hearings was over.

The staffers were in a cordoned-off section of the bar upstairs. Sean Misko, a House Intelligence Committee staffer and former National Security Council official, was there.

Goldman himself seemed to be in a good mood, smiling and chatting with staffers, and staying until the end.

This is a very sad time for our country. There is no joy in this. We must be somber, we must be prayerful, and we must pursue the facts further to make a decision as to ‘Did this violate the Constitution of the United States?’ Which I believe it did.

Despite Democrat staffers toasting the conclusion of the hearings, a House Republican source questioned whether the hearings were positive for the Democrats:

According to numerous polls, the longer impeachment drags on, the more support Trump gains, especially in battleground states. I don’t think that’s the effect Schiff was aiming for. It’s amazing that the Democrats are following him off a cliff for the second time. After Schiff lied to them about having evidence of Trump colluding with Russia, you’d think these people would know better.

A patron outside of the bar noted how packed it was inside, considering the busy week of impeachment hearings. He noted that he thought he saw a “dead ringer” for Goldman enter the bar.