Sen. Elizabeth Warren (D-MA) is vowing to fill at least half of her Cabinet positions with women and non-binary people, she outlined in a Medium post released this week.

The presidential hopeful paints a bleak picture of the state of the union in the post, detailing her plan to “restore” the country after President Trump’s first term.

“She will be inheriting a government in crisis,” the post states, touting a plethora of false narratives routinely peddled by Trump’s critics.

“From children in cages at detention facilities near the border to a reckless foreign policy that endangers our country and a bigoted ban on travelers from Muslim-majority countries, our country will be in desperate need of immediate course correction,” it warns, before adding that Trump will “leave behind a government that has been infected by corruption and incompetence.”

Warren declares the country “cannot assume that everything will be fine once Donald Trump leaves office” and lays out her plan to mitigate the damage she believes Trump has caused. She will do that, in part, by removing all of Trump’s political appointees and establishing a “Justice Task Force” designed to “investigate corruption during the Trump administration.

Deep in the Medium post, Warren vows to fill at least half of her Cabinet positions with women and “non-binary people,” or individuals who do not identify as either male nor female.

According to her plan, she will “build a Cabinet and senior leadership team that reflects the full diversity of America, including having at least 50 percent of Cabinet positions filled by women and non binary people.” She also promises to “ensure representation of LGBTQ+ people across all levels of government, including in leadership roles.” 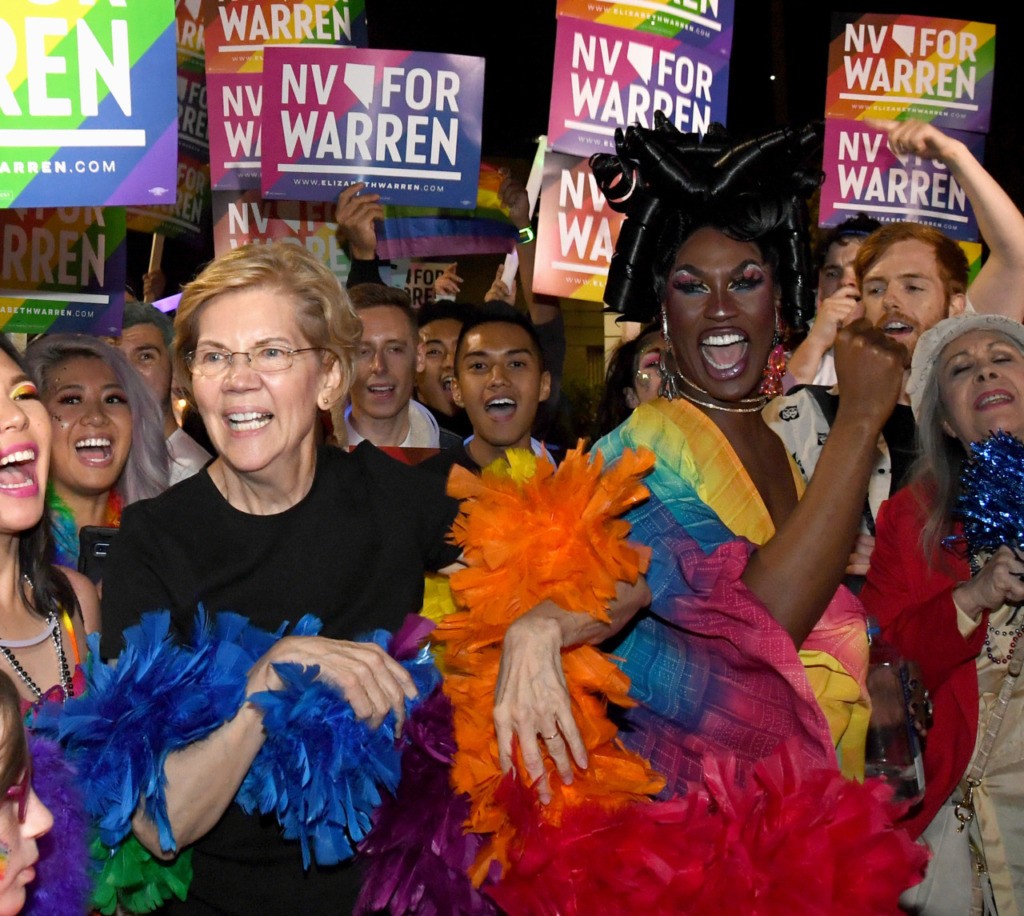 Warren has remained a favorite among Democrat primary LGBT voters, garnering 31 percent support, a YouGov and Out magazine survey released in November revealed.

The Massachusetts senator plans to move fast and is committing to announce her Cabinet choices by December 1, 2020 — less than a month after the election. She also promises to announce “top nominations by December 15, 2020, and fully staff all senior and mid-level White House positions by Inauguration Day.”

“Donald Trump’s presidency has been a dark period in American history. That period won’t end just because Donald Trump has left office,” she warns.

“If we want to write a new chapter in the American story … we will have to cleanse the corruption from our government and urgently act to appoint officials who will bring integrity to public service,” she adds.