Throwing F-bombs, raising their fists, and delivering their revolutionary message in songs like “Fight the Power,” the group rallied a capacity crowd of thousands ahead of Tuesday’s crucial vote in California and other states.

It was an unusual look for an American presidential campaign, especially for the frontrunner of one of the two major parties — but also a sign that Sanders intends to run as the unabashed leader of a “political revolution.” 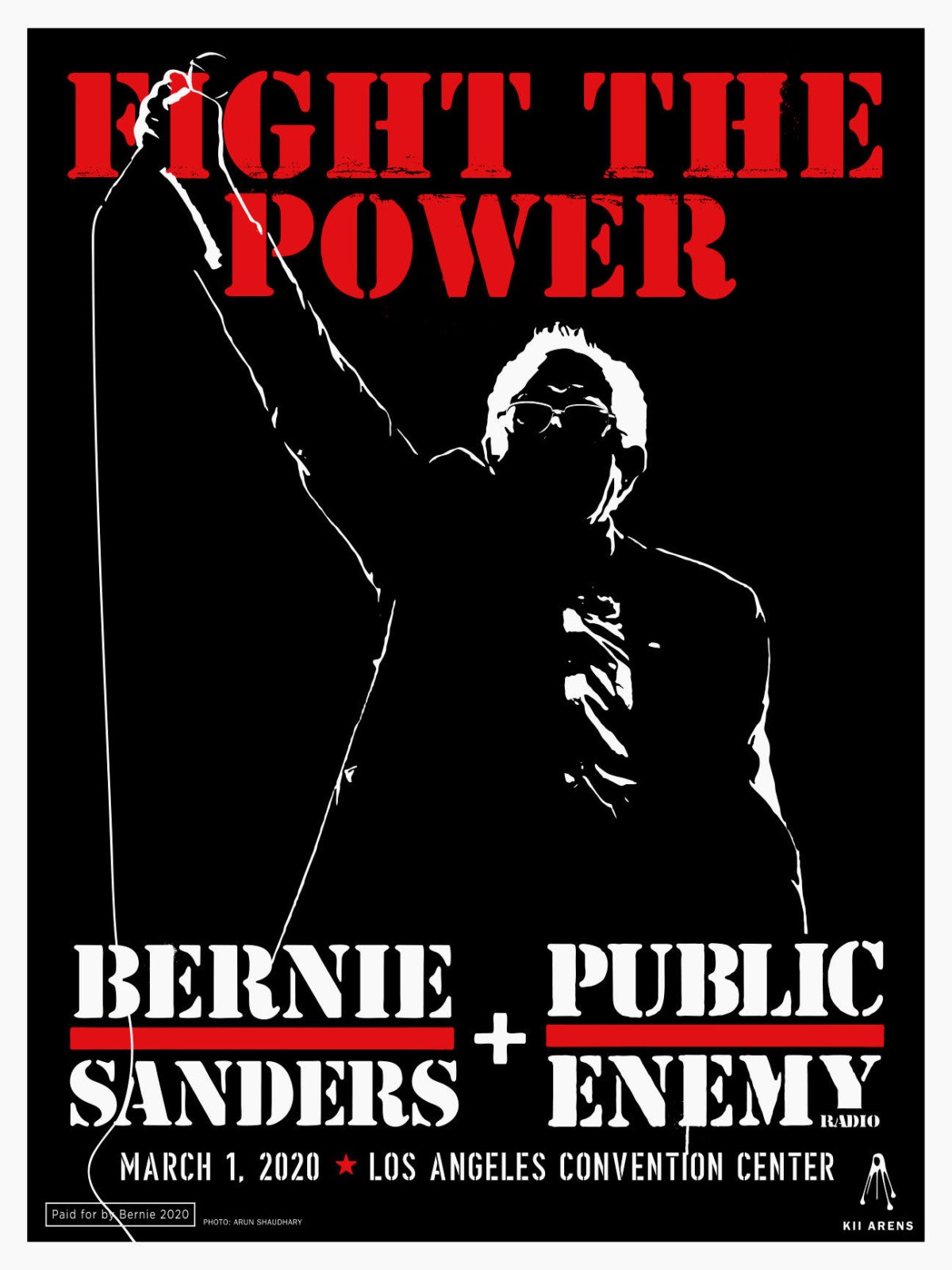 Outside the venue, thousands had lined up to enter, with demonstrators on bullhorns exhorting them to vote and “Bern Donald Trump.” One man waved a flag that appropriated President Donald Trump’s iconic design. 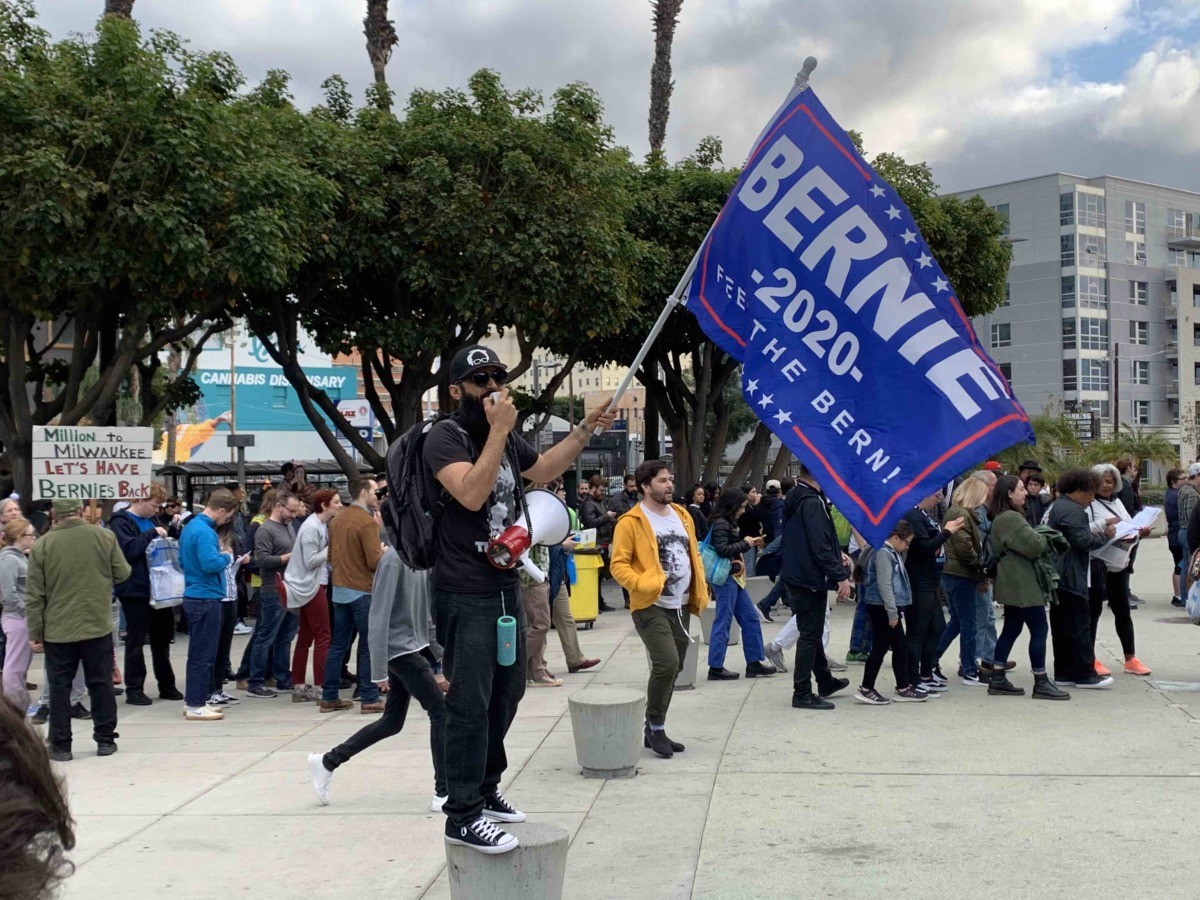 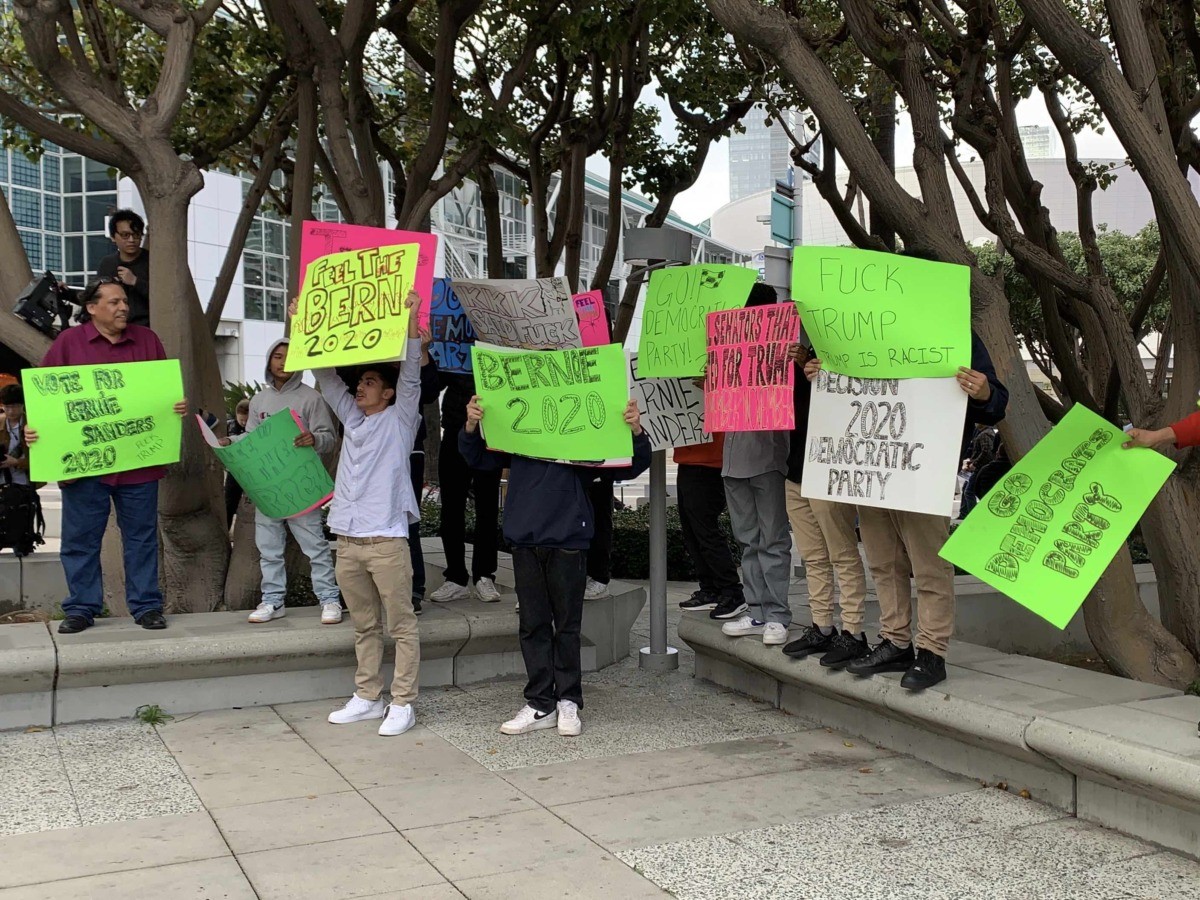 One man, holding a sign that read “Million to Milwaukee,” insisted that Sanders supporters protest the potential use of superdelegates to deny him the nomination at the Democratic National Convention in Milwaukee, Wisconsin in July. Superdelegates would only vote if no candidate managed to muster a majority of delegates on the first ballot.

He greeted news that former South Bend, Indiana, Myor Pete Buttigieg had dropped out of the race that evening by offering Breitbart News a high-five. 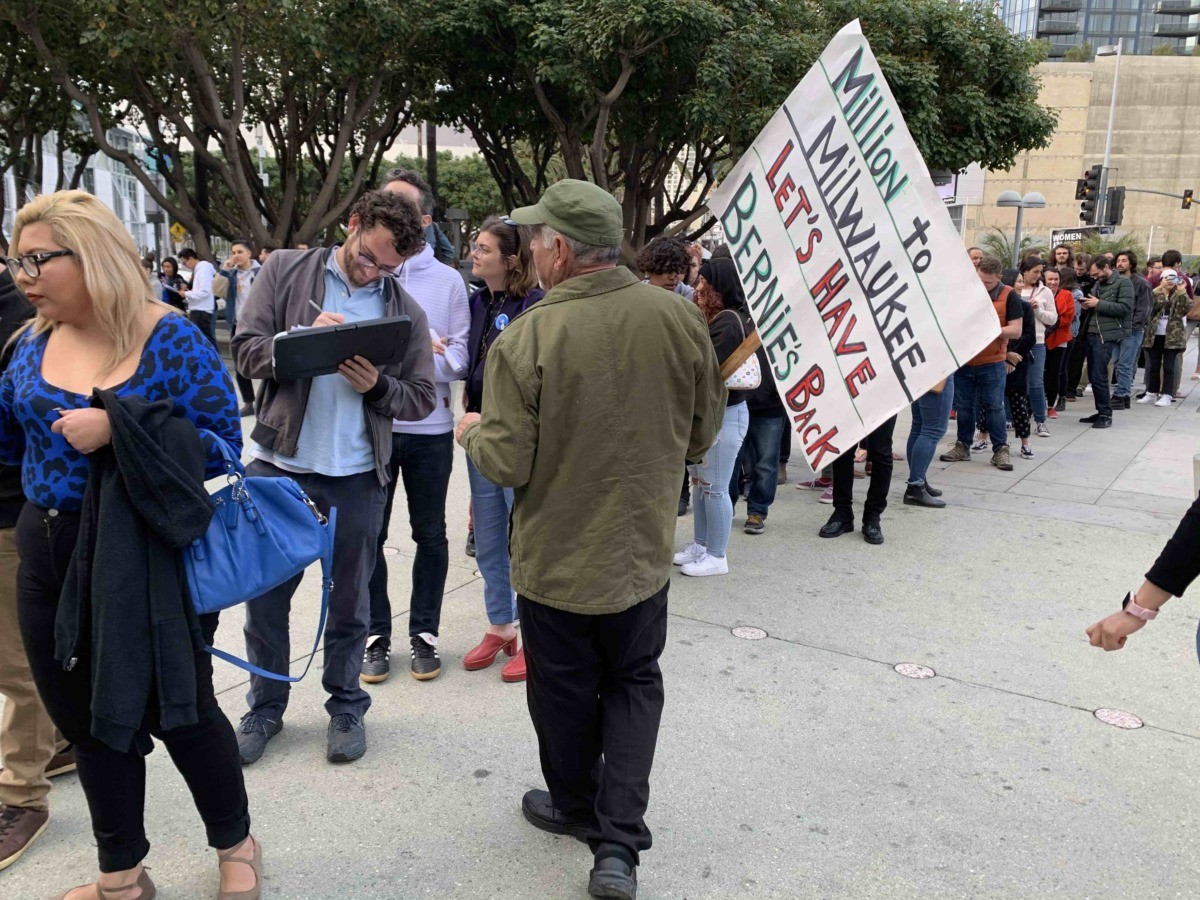 Several attendees sported the crosshairs logo of Public Enemy, even though Sanders had fundraised in 2011 by criticizing former Gov. Sarah Palin’s use of crosshairs in a campaign advertisement, accusing her of inciting mass shootings. 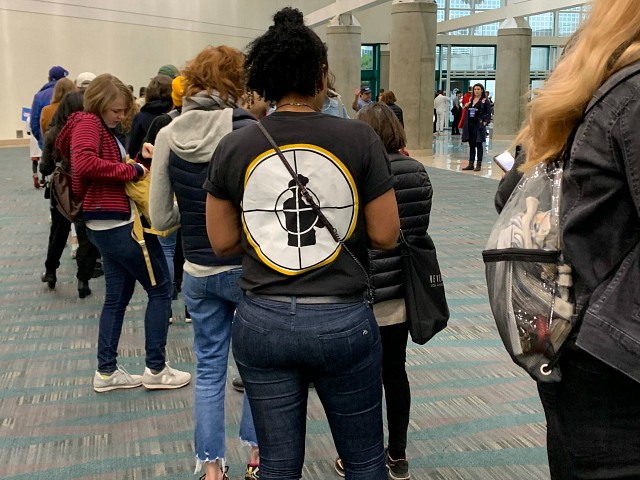 The group feuded publicly over whether to support Sanders, with a lawyer for Flavor Flav sending group leader Chuck D a “cease-and-desist” letter before the rally. Chuck D performed anyway, and fired Flav after 37 years.

Public Enemy has fired Flavor Flav, one of hip-hop's most memorable hypemen, after 37 years https://t.co/R9XRyHEgFN

Inside the rally, space filled up quickly, and fire marshals temporarily closed the doors, stranding members of the media outside the hall, along with Sanders supporters. Press representatives of the campaign told Breitbart News that they had cut off RSVPs for the event at 20,000.

Several speakers warmed up the crowd, including Hollywood legend Dick van Dyke, who joked that at age 94, he was 15 years older than Sanders and didn’t see age as a problem.

Comedian Sarah Silverman also spoke, complaining that Trump supporters were attacking Sanders as a socialist. “First of all, socialism is not communism,” she explained, adding: “Bernie is a ‘democratic socialist’.”

Patrisse Cullors, one of the founders of the Black Lives Matter movement, drew loud cheers when she slammed the Los Angeles Police Department. She also attacked Trump “and his crew of white supremacists,” then suggested that Democratic rivals Joe Biden and Mike Bloomberg were offering “a softer, more liberal version” of that ideology.

Sanders delivered his stump speech to raucous cheers, offering his template of left-wing policies, from canceling student debt to Medicare for All. “Let’s transform this country!” he declared, as he concluded, emphatically.

Sanders currently leads the polls by a wide margin in delegate-rich California, which moved its primary up from June to Super Tuesday to play more of a role in selecting candidates for the national presidential nominations.

Correction: Sarah Silverman’s name has been corrected; she was inadvertently identified as Sarah Sanders.