Darryl Cherness, a labor representative who said he had backed Biden from the start, spoke to Breitbart News as the candidate was preparing to take the stage after a strong showing across the South and elsewhere.

“Most elected representatives are terrified of Sanders winning [the nomination],” he said, predicting heavy losses for the party unless a moderate candidate led the ticket.

Biden, he said, is “sincere, down to earth.” He would be a “compassionate president,” Cherness said.

The theme of “compassion” was one echoed by the candidate himself as he presented an alternative to what he described as the divisive presidency of Donald Trump.

The speech had a few awkward moments. At the outset, Biden seemed to confuse his wife and his sister, who were standing opposite of where he had expected them to be. “They switched on me,” he said.

At one point, Biden was interrupted by anti-dairy protesters who rushed the stage. Biden and his family seemed to be genuinely afraid. 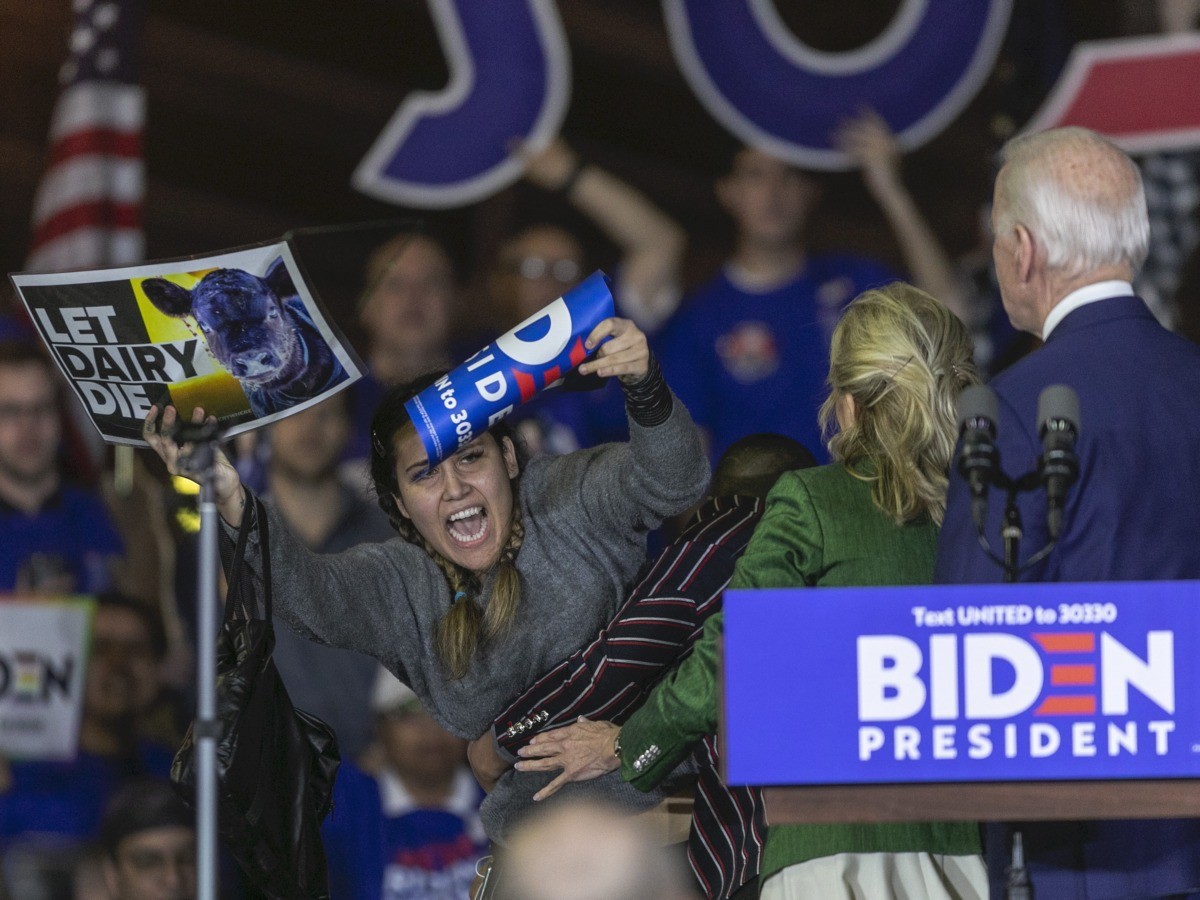 Polls were still open in California, in a race Sanders is widely expected to win. The “democratic socialist” from Vermont also won his home state and Colorado, and networks declared him the winner in Utah as Biden addressed the crowd of about 300 supporters.

But the former vice president won Alabama, Arkansas, North Carolina, Oklahoma, Tennessee, and Virginia, where turnout roughly doubled that in the 2016 primary. He also won Minnesota, where Sanders had been leading in some recent polls, just ahead of home-state favorite Sen. Amy Klobuchar (D-MN).

Biden thanked Klobuchar specifically for the Minnesota win, as she had dropped out and endorsed him barely 24 hours before.

He also led in Massachusetts at the time of his address; local Sen. Elizabeth Warren (D-MA) was third.

The choice of the location for Tuesday’s rally was deeply symbolic: the Biden rally was held at a community center just off Barack Obama Boulevard in Baldwin Hills, a middle-class black neighborhood where the former president made an address in 2007 during his historic campaign.

The loudest cheers of the night came when Biden said the country needed an “Obama-Biden Democrat” in the White House.