Working class Americans are experiencing a higher level of unemployment than middle class and white-collar professionals — showing no signs of a labor shortage — new analysis finds. 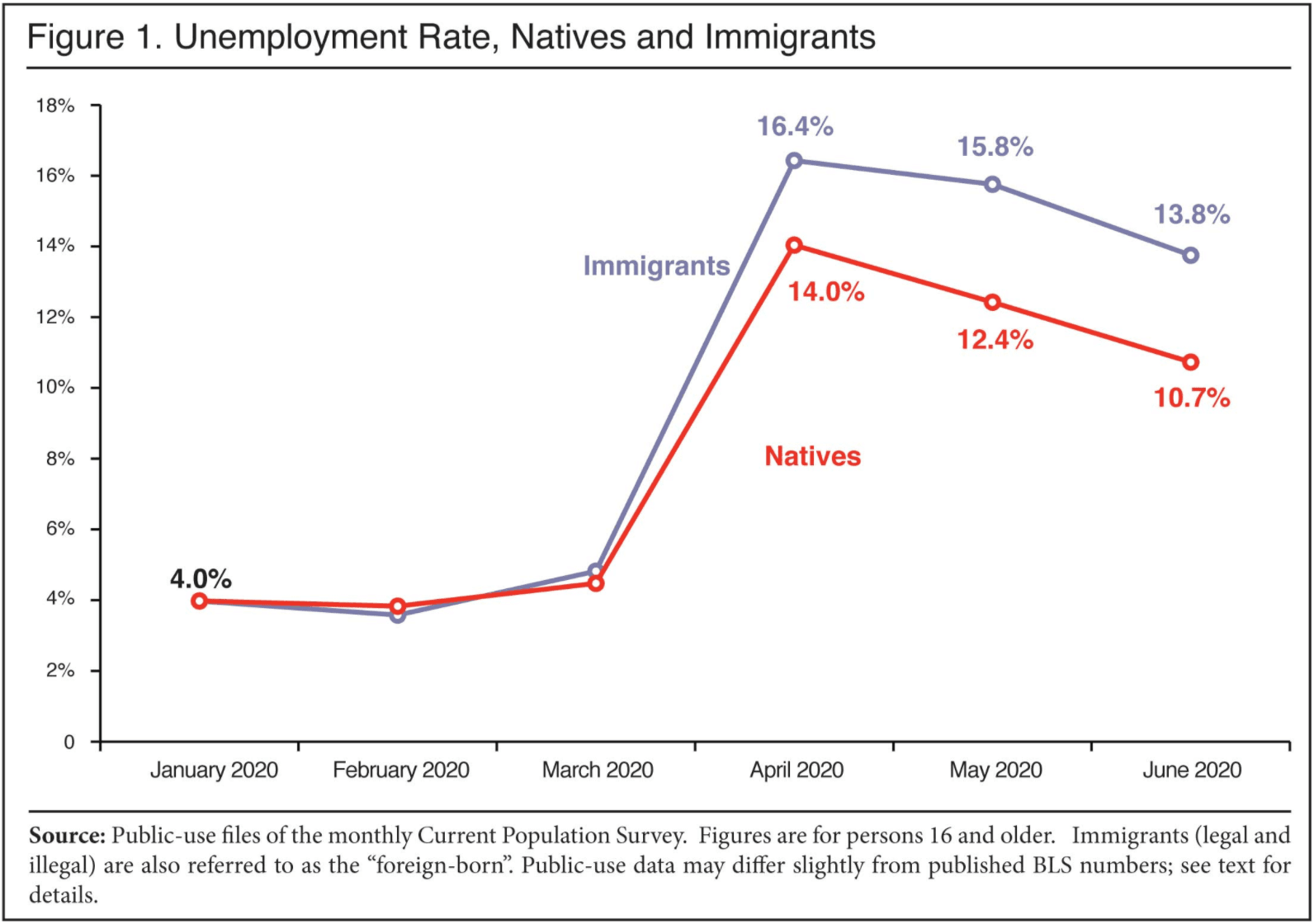 In total, 14.4 million native-born Americans filed for unemployment in June. This only includes American citizens who were born in the United States. Another 3.7 million immigrants, legal and illegal, are unemployed. This does not include the millions more who are entirely out of the labor force. 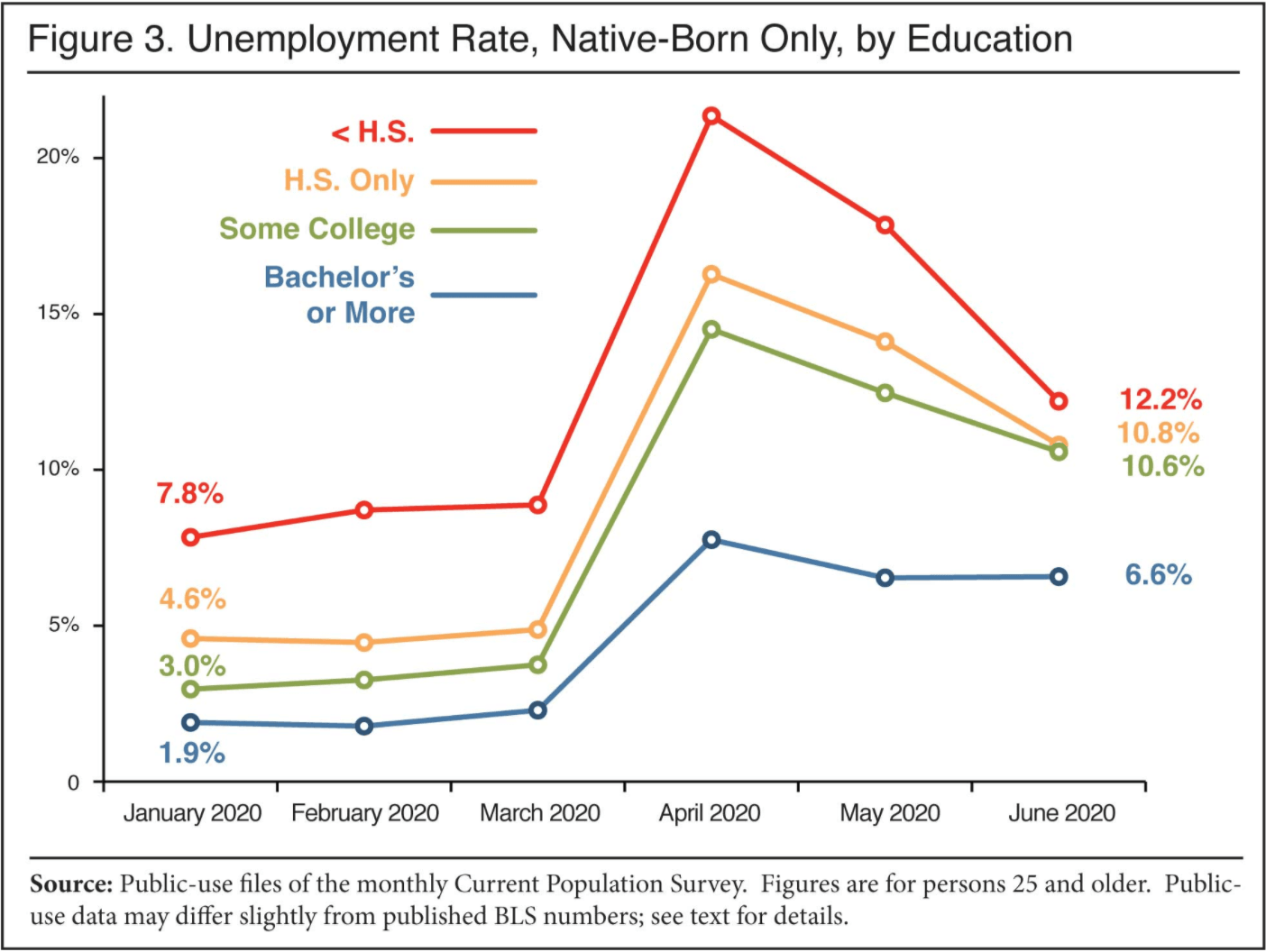 The research finds that the spur of mass unemployment caused by the Chinese coronavirus crisis has exacerbated the steady decline of labor force participation among working class and lower middle class native-born Americans.

For instance, among young working class native-born Americans between 16 to 24-years-old, labor force participation has dropped to 54 percent — the lowest participation since at least the year 2000.

Likewise, among 25 to 54-year-old working class native-born Americans, the labor force participation has dropped to 77 percent. This is only the third time since at least the year 2000 that participation has been this low. The last time it hit 77 percent was in 2014 and 2015 during former President Obama’s economic recovery. 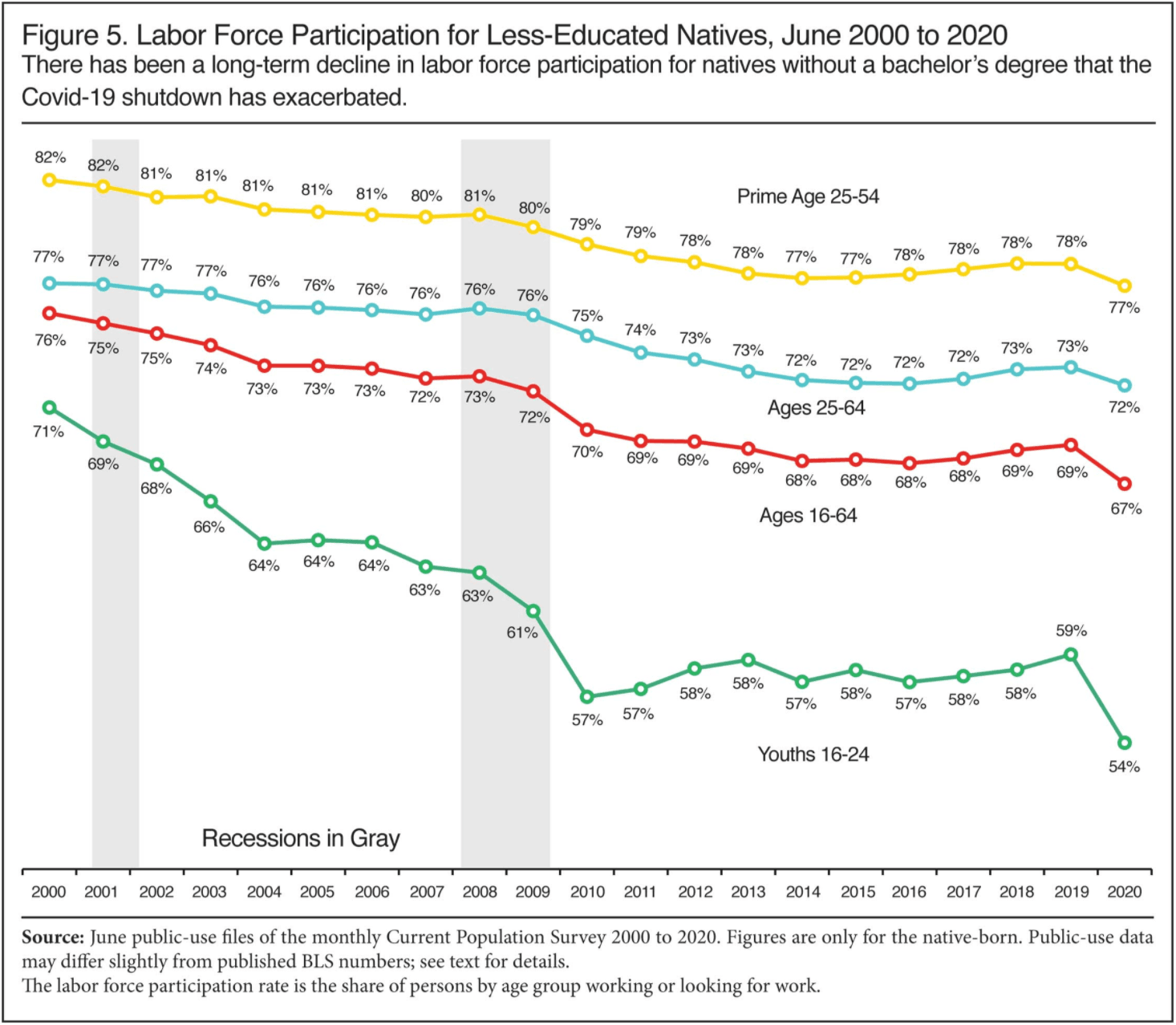 Libertarians have claimed that extra unemployment benefits for Americans, who were forced into layoffs after some businesses were told they must close, is keeping unemployment rates up. Breitbart News Economics Editor John Carney has written there is little-to-no evidence for the claim and suggests lawmakers keep in place, for the time being, enhanced unemployment benefits

Similarly, economists have overwhelmingly said that high unemployment is due to a lack of demand for labor — not increased unemployment benefits which, while offering extra cash, do not offer healthcare, benefits, or retirement security.

Researchers at the Economic Policy Institute (EPI) have said that without the extra unemployment benefits for Americans forced into joblessness, the American economy could lose about 5.1 million jobs over the next year.

This is more evidence that ultra-high unemployment is being caused by a lack of demand for labor rather than benefits discouraging work. https://t.co/Rf1aIwOmE8

The research comes as the Chamber of Commerce sues President Trump’s administration, claiming they have a right to import foreign workers to fill scarce American jobs while tens of millions are unemployed, underemployed, or out of the labor force entirely.

Last month, Trump expanded his executive order to halt the inflow of H-1B, H-4, H-2B, L-1, and J-1 foreign visa workers in order to reduce foreign competition and give U.S. job priority to unemployed Americans. The order, coupled with visa reforms, is expected to open at least 600,000 U.S. jobs for Americans.

In their lawsuit, the Chamber of Commerce claims the president does not have the authority to alter businesses’ hiring practices that mandate they hire local talent over imported foreign workers.

Every year, the U.S. admits about 1.2 million legal immigrants on green cards to permanently resettle in the country. In addition, another 1.4 million foreign workers are admitted every year to take American jobs. Often, Americans are fired and replaced by foreign visa workers. In many cases, fired Americans are forced to train their foreign replacements before they can receive their severance packages.