President Donald Trump on Thursday said NFL football ratings were down because people were tired of the national anthem protests. 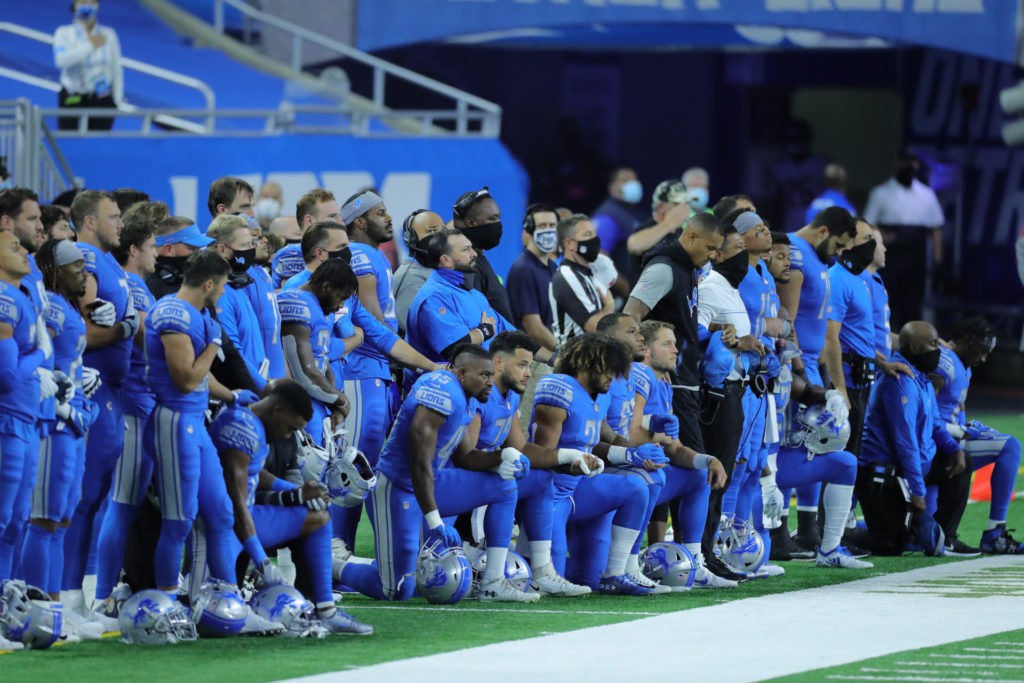 The Detroit Lions take a knee during the playing of the National Anthem prior to the start of the game against the Chicago Bears at Ford Field in Detroit, Michigan. (Leon Halip/Getty)

The president said he did watch Brady play for the Tampa Bay Buccaneers on Sunday to see how it went.

“I did watch Tom, I like Tom a lot, and I think he’ll be fine,” Trump said, despite telling supporters at a campaign rally on Sunday night that modern football was “boring as hell.”

Brady had three touchdowns and 239 passing yards in the game but also had two interceptions as the Buccaneers lost to the New Orleans Saints 34-23.

Trump appeared sympathetic to Brady, a long time friend of his.

“I guess it was a break-in game,” Trump said. “The other team is a good team, good quarterback.” 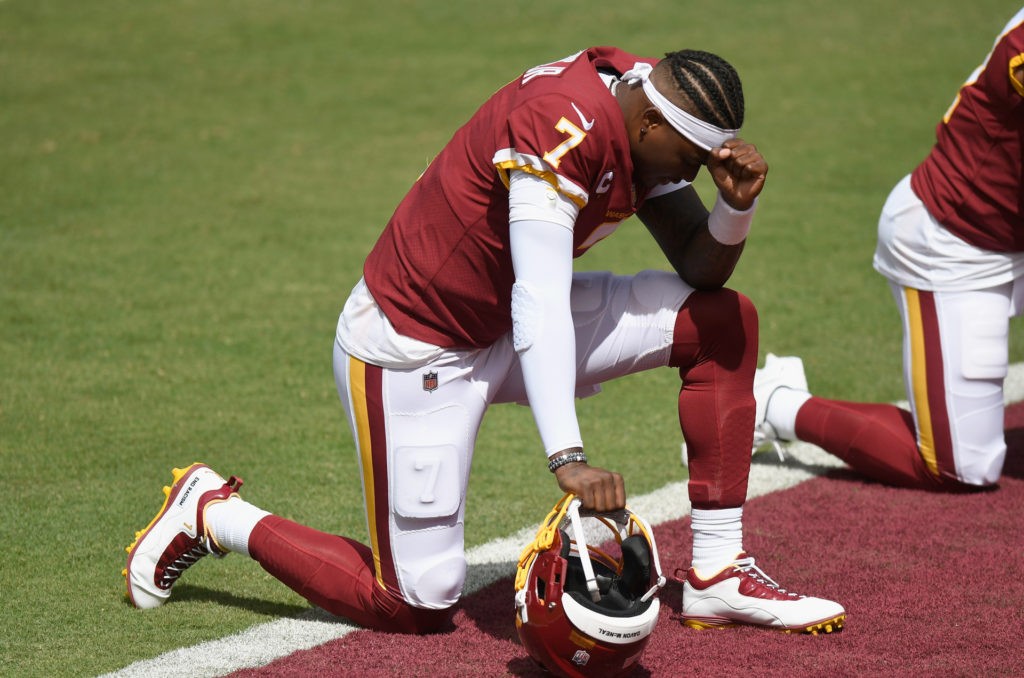 Dwayne Haskins #7 of the Washington Football Team takes a knee before the game against the Philadelphia Eagles at FedExField in Landover, Maryland. (Greg Fiume/Getty)

When asked about who performed better on Sunday — Tom Brady or Bill Belichick, the long-time coach of the New England Patriots, Trump noted he was still friends with both of them.

“He’s some coach, he’s a very good friend of mine, and he’s tough, and he endorsed me … some people don’t want to get involved, they just don’t,” Trump said about Belichick. “He doesn’t care, he wants to do whatever’s right, he’s a tough guy.”

Trump recalled questioning Belichick’s decision to kick a field goal when they were losing big to the Atlantic Falcons in Super Bowl LI.

“It ended up being a perfect decision because they ended up tied and ended up winning the game because of that field goal,” Trump said.