A new poll set to be released Wednesday by Rasmussen Reports indicates that 75% of Americans support voter ID laws that require voters to show photo identification before voting — including 60% of Democrats. Only 21% oppose such laws.

Democrats are currently pursuing federal legislation to override state voter ID laws. H.R. 1, the so-called “For the People Act,” has already passed the Democrat-controlled House and will soon be introduced in the Senate.

Many Democrats are calling for the filibuster to eliminated or reformed so that H.R. 1 can pass by a simple majority vote, ending voter ID.

Seventy-five percent (75%) of Likely U.S. Voters believe voters should be required to show photo identification such as a driver’s license before being allowed to vote. Only 21% are opposed to such a requirement.

Thirty-six states have enacted some form of voter ID law, but those laws would be nullified if the Senate approves H.R. 1, which passed the House on a party-line vote. Critics say H.R. 1 “would force states to allow anyone to vote who simply signs a form saying that they are who they claim they are.”

Support for voter ID laws has actually increased since 2018, when 67% said voters should be required to show photo identification such as a driver’s license before being allowed to vote.

Eighty-nine percent (89%) of Republicans support voter ID requirements, as do 60% of Democrats and 77% of voters not affiliated with either major party.

Preliminary cross-tabs shared with Breitbart News show that black voters also favor voter ID, 69% to 25%, and were evenly split (43% to 43%) on the question of whether voter ID is discriminatory. (51% of Democrats as a whole said that it was, as did 59% of self-identified liberals; 60% of overall voters said that it was not, versus 31% who said that it was.)

Voter ID is standard in much of the rest of the world — including poor, war-torn regions such as Uganda and Iraq, below. 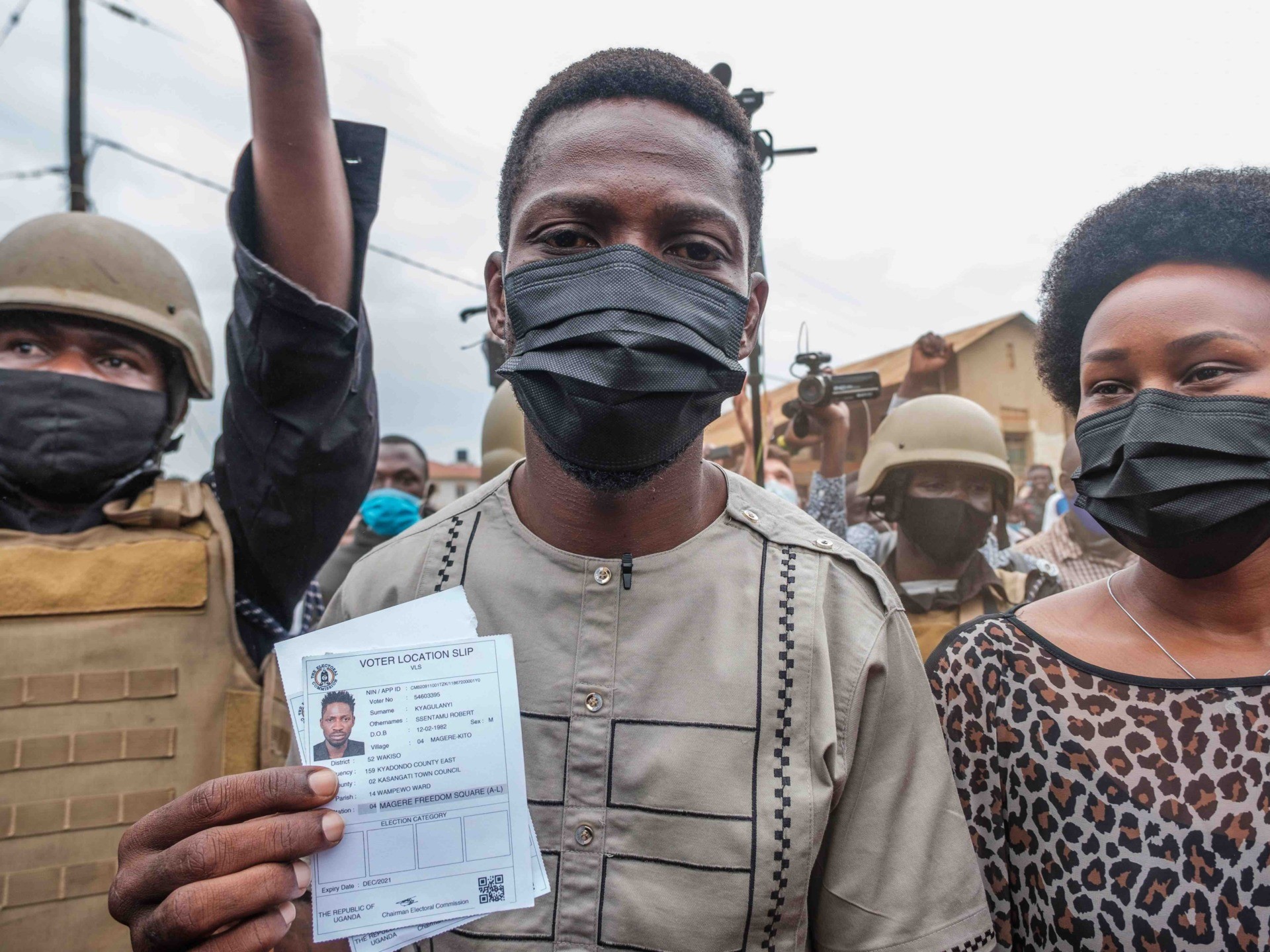 Musician-turned-politician Robert Kyagulanyi (C), shows his voter ID card before casting his ballot as he stands next to his wife Barbara Itungo Kyagulanyi (R) during the presidential and parliamentary at a polling station in Magere, Uganda, on January 14, 2021. – Ugandans began voting in a tense election on January 14, 2021 under heavy security and an internet blackout as veteran leader Yoweri Museveni pursues a sixth term against a former pop star half his age. The internet went down on the eve of the vote, with some parts of the country reporting complete disruptions or significant slowdowns, after one of the most violent election campaigns in years. (Photo by SUMY SADURNI / AFP) (Photo by SUMY SADURNI/AFP via Getty Images) 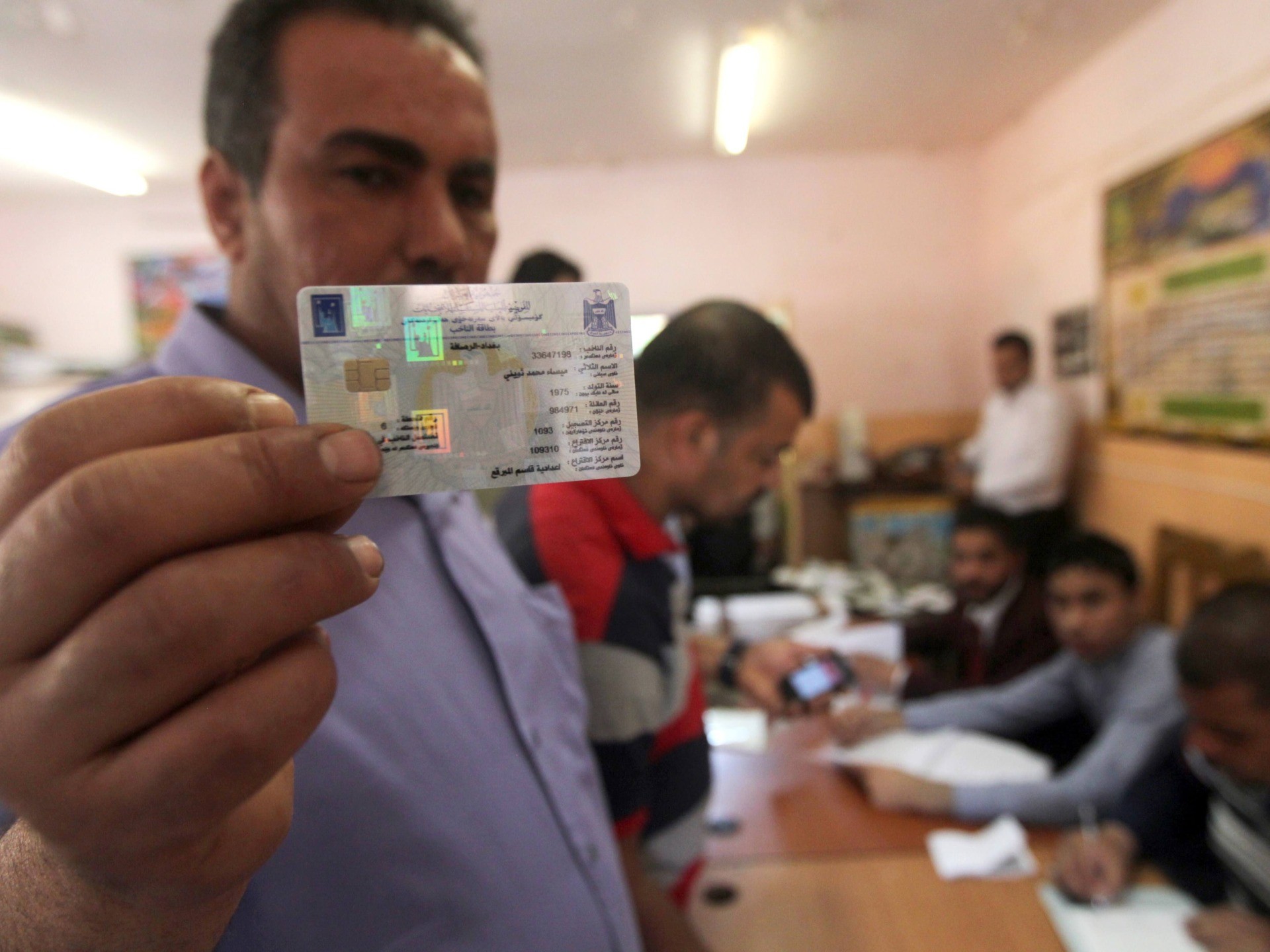 An Iraqi man displays his electronic voter ID card he received from election commission officials in the capital Baghdad on February 25, 2014, ahead of legislative elections in April. AFP PHOTO / AHMAD AL-RUBAYE (Photo credit should read AHMAD AL-RUBAYE/AFP via Getty Images)

Democrats, such as Senate Majority Leader Dick Durbin (D-IL), the number two-ranked member of his caucus, said Monday that the filibuster needed to be reformed because it is “being misused by some Senators to block legislation urgently needed and supported by strong majorities of the American people.”

However, a strong majority opposes parts of H.R. 1. — at least the voter ID provisions, which contradict the preferences of three out of four likely U.S. voters, according to Rasmussen.

H.R. 1 says states “may not require an individual to provide any form of identification as a condition of obtaining an absentee ballot” and lets voters to use a “sworn written statement” rather than photo ID, which it calls a restriction on the right to vote.