The takeover has forced the 78-year-old to cut his vacation at Camp David short as U.S. allies fume over Biden’s failure to defend the country from terrorists.

According to data from Rasmussen Reports, Biden’s approval fell to 46 percent on Monday — three points down from 49 percent one week ago, on August 9. Of those, 26 percent “strongly” approve. Fifty-three percent disapprove of his performance, and of those, the vast majority, 43 percent, “strongly” disapprove.

Tomorrow morning – may be interesting …

“People are bewildered that after two decades of this big, high-tech power intervening, they are withdrawing and effectively handing the country back to the people we went in to defeat,” Tobias Ellwood, who chairs the Defense Committee in the British Parliament, said.

“This is the irony. How can you say America is back when we’re being defeated by an insurgency armed with no more than [rocket-propelled grenades], land mines and AK-47s?” he asked.

Biden opted to go on an extended vacation at Camp David on Friday, despite news of Afghanistan quickly losing territory to the Taliban. Upon his departure, he refused to answer any questions from reports about the crumbling situation in the country. 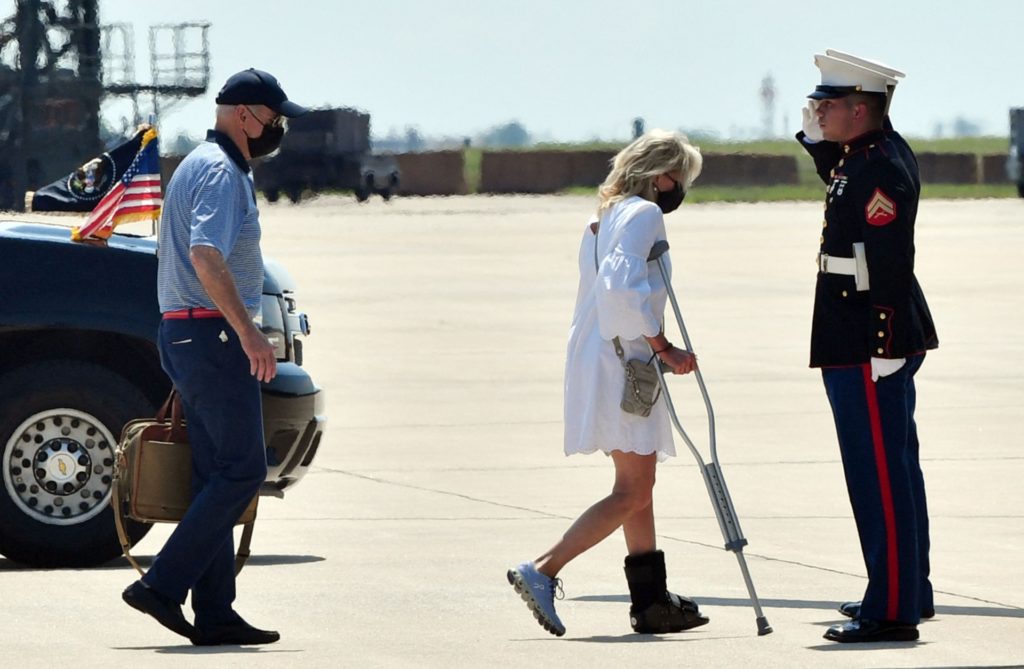 Last week, Biden told reporters he did not regret his plan to withdraw U.S. troops in Afghanistan amid reports of cities falling to the jihadist organization.

“Look, we spent over a trillion dollars over 20 years. We trained and equipped with modern equipment over 300,000 Afghan forces. And Afghan leaders have to come together. We lost thousands — lost to death and injury — thousands of American personnel,” Biden said, adding, “They’ve got to fight for themselves, fight for their nation.”

While Biden was expected to stay at the presidential retreat until Wednesday, August 18, he is returning to the White House on Monday and is expected to deliver remarks on the crisis at 3:45 p.m. Eastern.