Sherry founded her Missouri-based group after the December 14, 2012, Sandy Hook Elementary School attack in Connecticut. Since that time, Sherry admits that Missouri has only increased protections of gun rights, rather than passing “meaningful” gun control, Yahoo News reported. 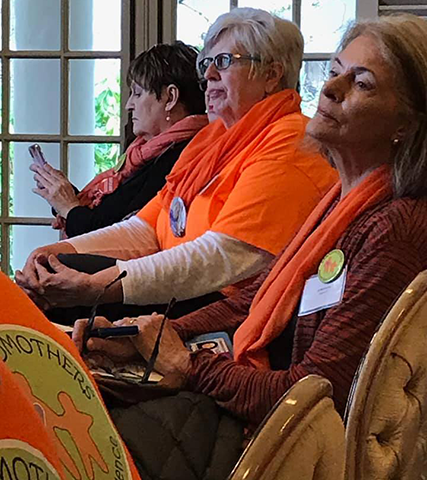 Sherry is especially bothered by the Second Amendment Preservation Act (SAPA), which Gov. Parson signed into law on June 12.

Sherry responded to SAPA by saying, “It’s hideous. They talk so much about the rights of gun owners, as if non-gun owners and the rest of the population have no right to feel safe.”

Parson added, “We will reject any attempt by the federal government to circumvent the fundamental right Missourians have to keep and bear arms to protect themselves and their property. Throughout my career, I have always stood for the Constitution and our Second Amendment rights, and that will not change today or any day.”

Today, at 2 p.m., I will sign HB 85 into law, establishing the Second Amendment Preservation Act in the state of Missouri. #SAPA #mogov

The signing ceremony will take place at Frontier Justice in Lee's Summit. Watch it LIVE at: https://t.co/j4CTDTs02N

Sherry’s response: “But how can you say that a gun owner has more rights than we do and now has the ability to keep the federal government from doing what it takes to cut down gun deaths?”