Dr. Anthony Fauci is reportedly discussing booster shots for the Chinese coronavirus every five months, President Joe Biden said on Friday, days after Fauci said there is no way to accurately predict when the U.S. will get control of the pandemic as long as there are 90 million unvaccinated individuals who are eligible to get the vaccine yet continuing to refuse the jab.

“The question raised is should it be shorter than eight months? Should it be as little as five months? That’s being discussed. I spoke with Dr. Fauci this morning about that,” Biden said on Friday during an Oval Office visit with Israeli Prime Minister Naftali Bennett. 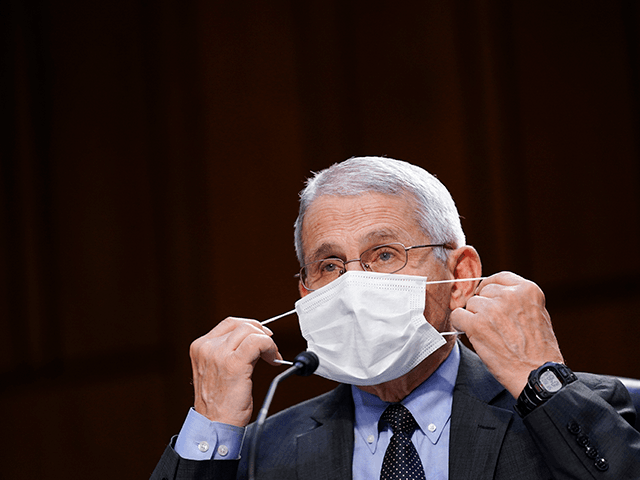 Dr. Anthony Fauci, director of the National Institute of Allergy and Infectious Diseases, adjusts a face mask during a Senate Health, Education, Labor and Pensions Committee hearing on the federal coronavirus response on Capitol Hill on March 18, 2021 in Washington, DC. (Photo by Susan Walsh-Pool/Getty Images)

“Do you think we’re near the peak, or are we looking at another possible wave with the arrival of cooler weather and kids back to school and people out and about?” she asked.

“Mary Louise, honestly, it’s going to depend totally on how effective we are in getting people vaccinated,” Fauci said,  calling out the millions of Americans who, up to this point, have refused to get the jab for a variety of reasons — from personal concerns to unknown long-term side effects.

“You can’t have 90 million people who are eligible to be vaccinated who are not vaccinated and expect that you can make a good prediction about where we’re going to be,” he began, preemptively blaming unvaccinated Americans for triggering more mutant strains of the Chinese virus.

“Because when you have people unvaccinated to the extent that they are unvaccinated, you have the possibility of the virus continuing to circulate, mutating, forming more variants and getting us back into another situation similar to or worse than delta,” Fauci said, predicting that the U.S. could “start to really get some good control” over the virus as we enter the new year:

If all things go the way we want them to go and we’re really successful with this BLA that we just discussed over the last couple of minutes and we get really the overwhelming majority of the people vaccinated, I think as we get into the fall and the winter, we could start to really get some good control over this as we get into 2022.

Fauci also spoke favorably of vaccine mandates, predicting that there will be “organizations and enterprises and companies” which will “feel much more empowered now to mandate vaccines” following the Food and Drug Administration’s (FDA) approval of the Pfizer vaccine. 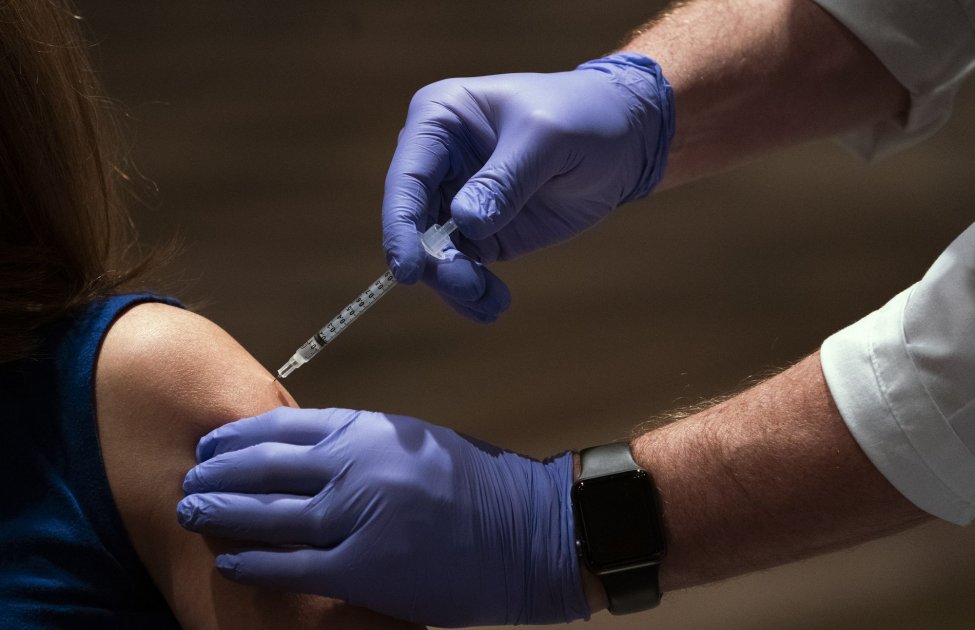 “The Pentagon, colleges, universities and even major organizations of places of employment, large corporations may say, this is it. If you want to work for us, you’ve got to be vaccinated,” Fauci said:

So I think you’re going to see a lot more mandates and hopefully a combination of people who, on their own, decide because of this stamp of approval that they want to get vaccinated, combined with the mandates that we may be able to make a big dent in that 90 million people or so who are eligible but not vaccinated.

During a Monday appearance on CNN’s Anderson Cooper 360,  Fauci endorsed vaccine mandates yet again, stating he respects “people’s freedom” but immediately adding that “the time has come” and “enough is enough.”

Surveys have indicated that the majority of unvaccinated Americans do not plan to get vaccinated, citing a lack of trust as well as safety concerns.