A recent SurveyUSA poll shows Maine Gov. Janet Mills (D) could find trouble heading into the Democrat primary for her reelection as the 2022 midterms approach.

The poll found that Maine’s Senate president, State Sen. Troy Jackson (D), has a strong standing in the hypothetical poll going head-to-head against Mills next June in the primary: 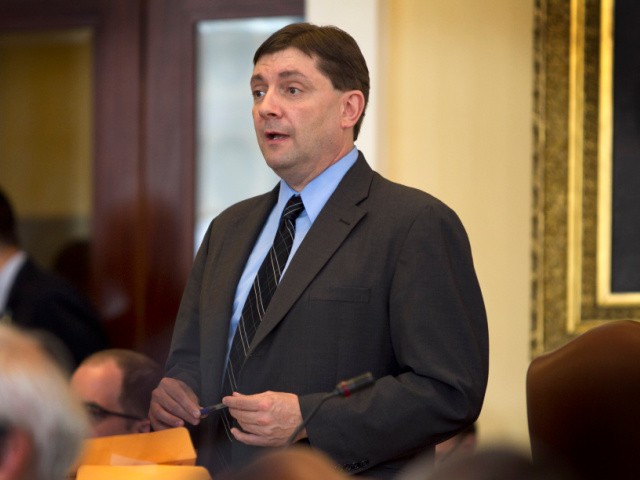 In the SurveyUSA poll, before mentioning a hypothetical primary against Jackson, Mills was favored by all the registered voters over former Gov. Paul LePage (R), 46 percent to 41 percent:

Once Jackson was introduced to the registered Democrat, in double digits, voters said that in the primary they would vote for Mills over Jackson. Fifty-six percent said Mills, and only 23 percent said Jackson, with 21 percent undecided.

However, the pollsters went through a series of ten bills that Jackson strongly supported, which were vetoed by the governor this year. Some of the bills were:

After hearing Mills vetoed the bills, the registered Maine voters were asked if they would change their minds about their initial answer concerning LePage and Mills. LePage holds the upper hand against Mills in the hypothetical poll, 44 percent to 42 percent; 14 percent were undecided.

The registered Maine voters were also asked head-to-head if they would choose LePage or Jackson: 51 percent favored Jackson, and only 35 percent favored LePage, with 14 percent undecided.

Maine’s has ranked voting, which allows voters to rank the candidates by preference:

Ranked-choice voting, sometimes called “instant run-off voting,” allows voters to choose their candidates in order of preference, by marking candidates as their first, second, third, and subsequent choices. The votes are tabulated in rounds, with the lowest-ranked candidates eliminated in each round until there are only two candidates left. The one who is determined to have received the majority of the votes (more than 50%) in the final round is declared the winner. It is different from our previous method of voting, in which voters choose only one candidate for each office and the winner is determined by plurality (whoever gets the most votes) [Emphasis added].