Called the Freedom to Vote Act, the proposed new bill was released by Sen. Amy Klobuchar (D-Minn.), along with several co-sponsors, including Democratic Sens. Joe Manchin (W.Va.), Tim Kaine (Va.), Jon Tester (Mont.) and Raphael Warnock (Ga.), according to a statement from Klobuchar’s office shared with The Hill.

The legislation was first reported Tuesday by NPR and CNN. It builds on a base proposed earlier this year by Manchin as well as the sweeping For the People Act, which was ultimately blocked by Senate Republicans back in June. 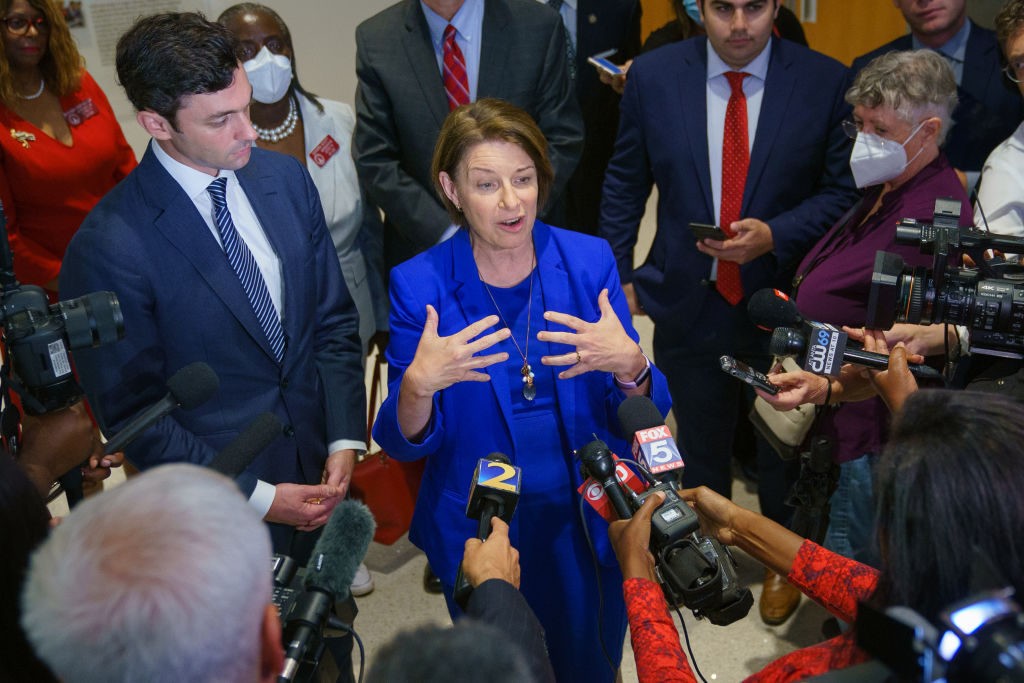 If passed, it would set national standards for states to follow as they administer elections.

Reuters reports the Democratic senators claimed their bill, dubbed the “Freedom to Vote Act,” would ensure all qualified voters can request mail-in ballots and have at least 15 days of early voting.

The legislation also would allow people to register to vote as late as election day.

So, just to be clear, when common sense, basic election security measures are in place, Democrats concede they are “f***ed.” https://t.co/YeFAhNJRgR

“Following the 2020 elections in which more Americans voted than ever before, we have seen unprecedented attacks on our democracy in states across the country.” Klobuchar, chair of the Senate Rules Committee, said on Tuesday.

“These attacks demand an immediate federal response,” she added.

On Monday, Senate Majority Leader Chuck Schumer said a vote by the full Senate on the retooled bill could come as early as next week, the Reuters report added.