Psaki cited the ban as proof that the president was upset by the images, after members of Congress and activists voiced their outrage that these tactics were happening during Biden’s presidency. 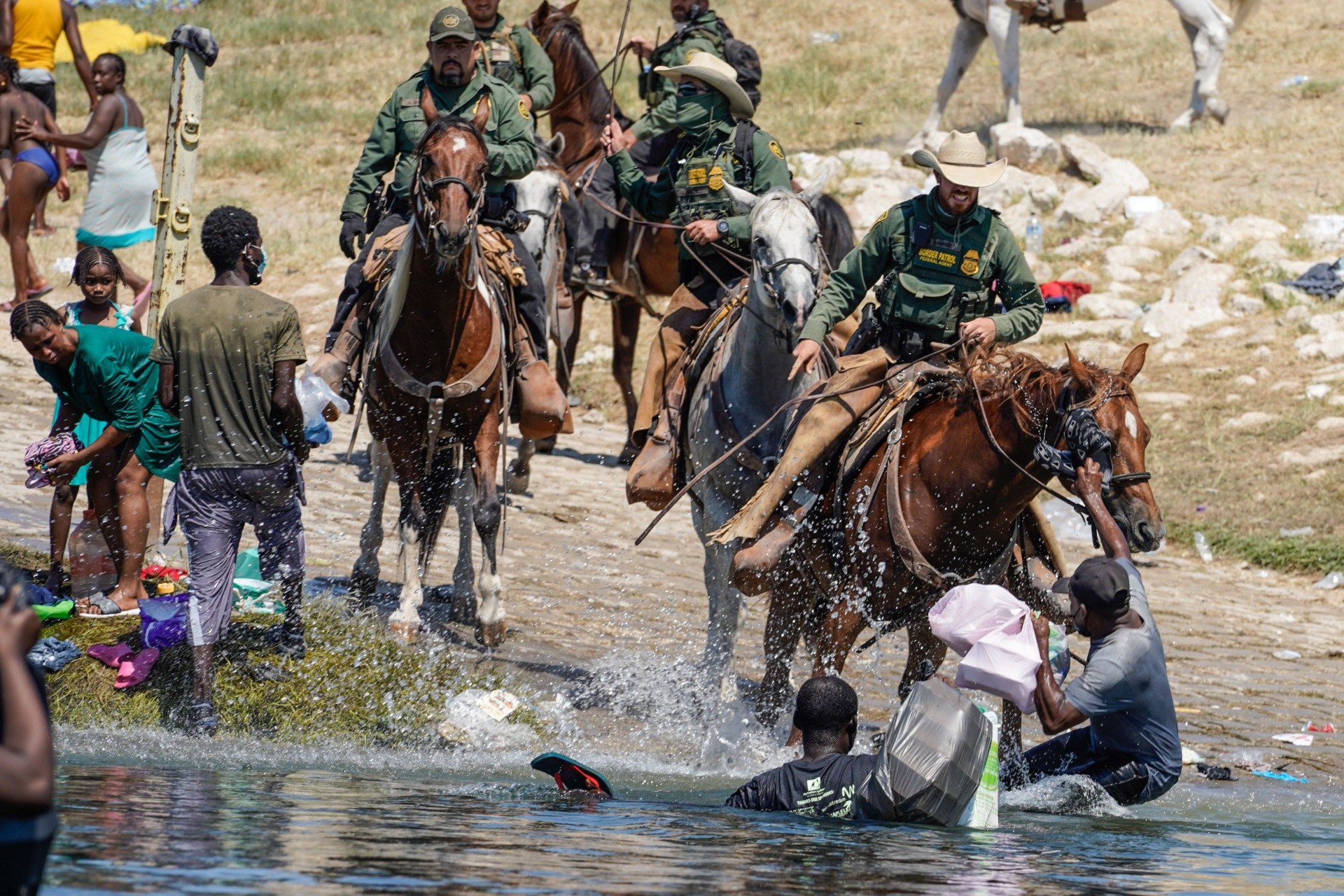 United States Border Patrol agents on horseback tries to stop Haitian migrants from entering an encampment on the banks of the Rio Grande near the Acuna Del Rio International Bridge in Del Rio, Texas on September 19, 2021. (PAUL RATJE/AFP via Getty Images).

Psaki defended Biden for failing to publicly condemn the images.

“His actions make clear how horrible and horrific he thinks these things are,” she said. 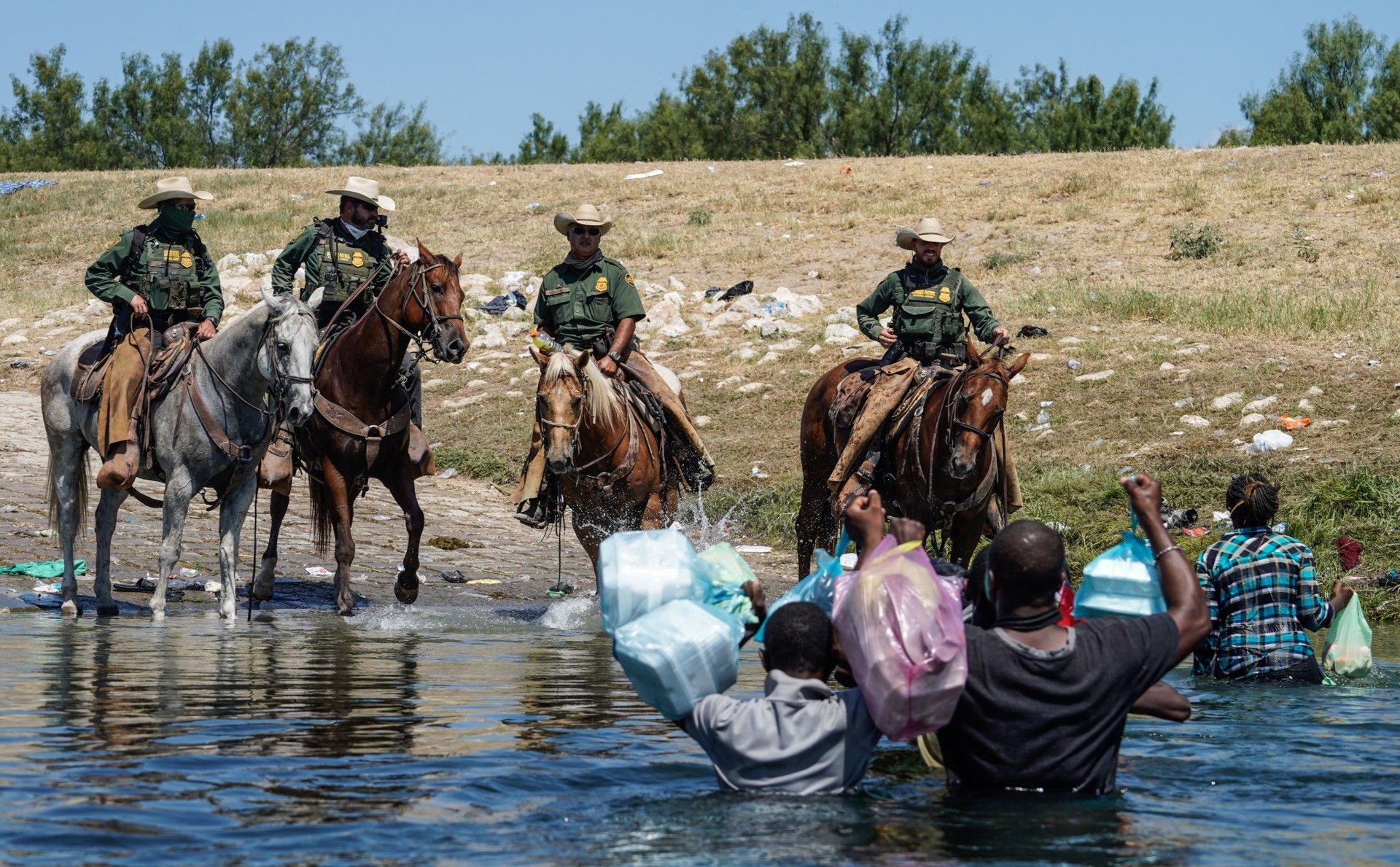 “I’m pissed,” she said during a press conference Wednesday. “And I’m not just unhappy with the cowboys who were running down Haitians and using their reins to whip them. I’m unhappy with the administration. We are following the Trump policy.”

This is so sick and @CBP will continue to commit human rights abuses if we don't stop it now.

Biden’s Homeland Security (DHS) Secretary Alejandro Mayorkas pushed back on the claim that agents were using whips on people and that the images captured the long separated reins used to control their horses.

He later said he was “horrified” by the images and said the incident was under investigation.

These images although centuries apart still seem to represent the worst of America’s capacity for humanity. @Potus if the plan is to #BuildBackBetter step 1 must be tearing down a foundation of oppressive practices. pic.twitter.com/bEkGDYl6Wg

Vice President Kamala Harris voiced her outrage at the photos on Tuesday calling for an investigation.

“I fully support what is happening right now, which is a thorough investigation into exactly what is going on there,” she said. “But human beings should never be treated that way. I’m deeply troubled about it.”