His message argued money was currently “wasted” on “tax breaks, loopholes, and tax evasion” and need to be redistributed to American workers.

“And it adds zero dollars to the national debt,” he added.

Instead of wasting money on tax breaks, loopholes, and tax evasion for big corporations and the wealthy, we can make a once-in-a-generation investment in working America.

And it adds zero dollars to the national debt.

The audacious talking point has raised questions from budget and spending hawks, as Biden’s own budget officials have estimated that his agenda would raise the national debt by nearly $1.4 trillion over ten years, according to the Associated Press.

Although there is not any official text for Biden’s Build Back Better bill, the budget resolution framework (the legislative vehicle for his bill) allows up to $1.75 trillion of new borrowing that is not paid for with more taxes, according to the Committee for a Responsible Federal Budget.

The United States has borrowed $6 trillion in just two years to help the economy recover from the coronavirus pandemic.

“One requirement of a modern political flack is being incapable of embarrassment,” the editorial read.

Biden himself tried to sell the “zero dollars” idea on Friday after delivering a speech on COVID-19 vaccines. 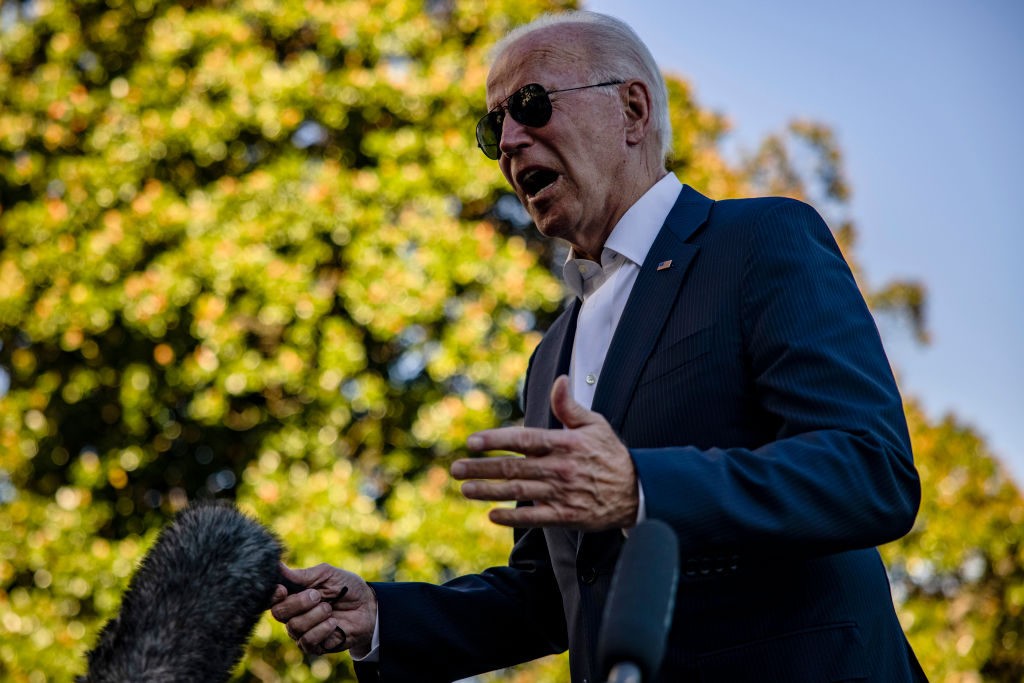 U.S. President Joe Biden takes questions from reporters at the White House after spending his weekend at Camp David on September 26, 2021 in Washington, DC. The president returns as the deadline for debt ceiling negotiations approaches and a massive infrastructure bill is still being worked on by Congress. (Photo by Samuel Corum/Getty Images)

“It is zero price tag on the debt. We’re paying — we’re going to pay for everything we spend,” he said.

Biden argued his bill was actually a tax cut.

“Right now, if you take a look at the — the reconciliation piece, a trillion dollars of that is tax cuts, not raising anybody’s taxes; it’s tax cuts,” he said. “People are going to be paying less taxes.”

He admitted afterward that the only people paying less in taxes would be “working-class folks.”

Biden’s Build Back Better agenda would dramatically increase tax rates on businesses and people making over $400,000 a year so the government can fund subsidized child and elder care, universal pre-K, and two years of free college.