With the House scheduled to vote on the $1.2 trillion “bipartisan” bill Thursday, Clyburn stressed the importance of whipping the radical left into voting for the bill. “If we fail to pass these two bills, people will not forgive us,” he said, referencing the $3.5 trillion reconciliation package.

But Rep. Pramila Jayapal (D-WA) and her 94-member “Congressional Progressive Caucus” have repeatedly encouraged House members to block the bill, which would result in the far-left maintaining their leverage over Biden’s agenda.

“I will not be able to support that, and neither will the majority of our members,” Jayapal told CNN’s Wolf Blitzer on Tuesday evening. 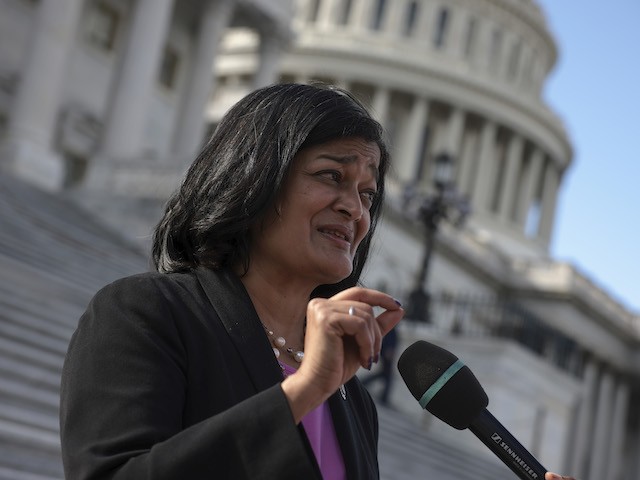 Rep. Pramila Jayapal (D-WA) speaks to reporters outside of the U.S. Capitol on September 23, 2021 in Washington, DC. Lawmakers continue to work towards coming to an agreement to pass legislation to fund the government by the new fiscal year deadline on September 30th. (Photo by Anna Moneymaker/Getty Images)

Socialist Sen. Bernie Sanders (I-VT), who is writing the reconciliation package, issued his support on Tuesday for the radical House Democrats’ position in direct opposition to the House leadership.

Passing the “bipartisan” bill “will end all leverage that we have to pass a major reconciliation bill. That means there will be no serious effort to address the long-neglected crises facing the working families of our country, the children, the elderly, the sick and the poor,” the socialist stated.

“I strongly urge my House colleagues to vote against the bipartisan infrastructure bill until Congress passes a strong reconciliation bill,” Sanders said. 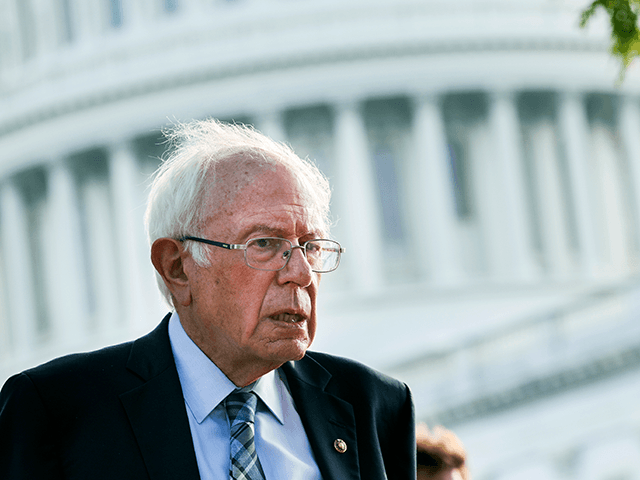 Sen. Bernie Sanders (I-VT) speaks to a reporter outside of the U.S. Capitol on September 28, 2021 in Washington, DC. Congress is currently working to pass a government spending bill, an infrastructure package and an increase to the debt limit. (Photo by Kevin Dietsch/Getty Images)

As the far-left House members have the Democrat leadership in a bind over the “bipartisan” bill, Sen. Kyrsten Sinema (D-AZ) has Sen. Chuck Schumer (D-NY) in a pickle.

Sinema is reportedly one of two senators that will not bend to Schumer’s demands and vote for the reconciliation package, throwing the legislative process into a tizzy and Biden’s agenda dangerously close to failing. 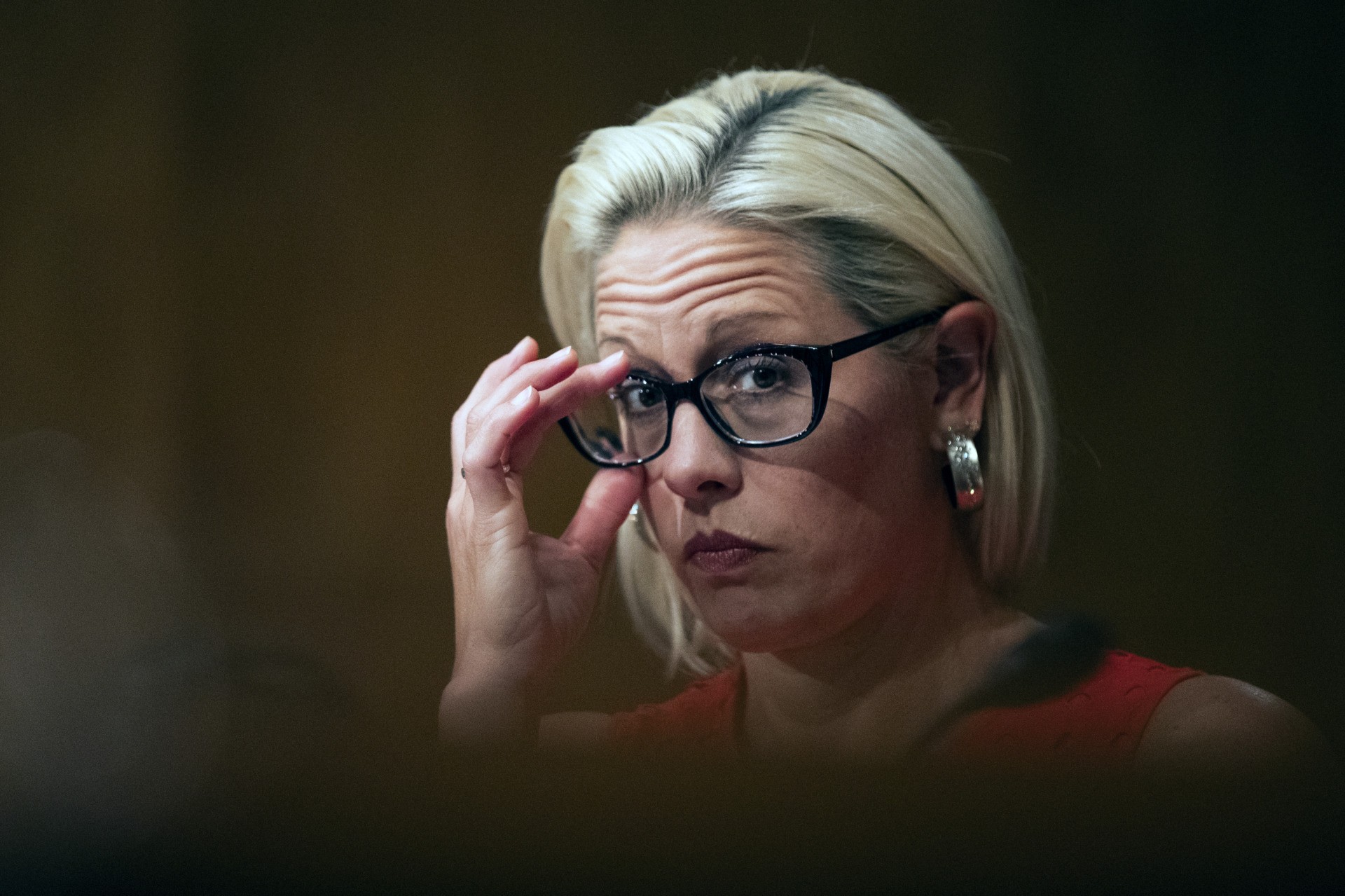 Punchbowl News reported Sinema was “summoned” to the White House three times on Tuesday – “once to meet with Biden, and twice more to huddle with senior White House aides.” President Biden even “canceled a Wednesday trip to Chicago to help work through the reconciliation-infrastructure problems.”

“None of these meetings went particularly well or resulted in any deals,” a source told Punchbowl.