Republicans in the House and Senate are calling on the Marine Corps to release Marine Lt. Col. Stuart Scheller, who was thrown in a military jail this week after he criticized military leadership for the botched Afghanistan withdrawal on social media and continued posting about his disposition.

According to a Marine Corps spokesperson, Scheller is currently in pre-trial confinement in the Regional Brig for Marine Corps Installations East aboard Marine Corps Base Camp Lejeune pending an Article 32 preliminary hearing. The time, date, and location of the proceedings have not been determined.

The Marine Corps notes that he has not been charged with anything but the “general nature” of offenses being considered at the hearing are:

Scheller first caught the nation’s attention after he posted a short video of himself on Facebook criticizing his leadership on August 26, the day that 11 Marines, one Navy corpsman, and one Army soldier were killed during the Biden administration’s hastily-planned non-combatant evacuation operation in Kabul.

Scheller, a battalion commander with 17 years of active duty, said he knew he was risking his career by speaking but demanded accountability for the disastrous withdrawal that saw thousands of desperate Afghans rush to the airport, some falling from C-17s as they tried to cling to the aircraft, and the deaths and woundings of American service members and nearly 200 Afghan civilians.

The reason people are so upset on social media right now is not because the Marine on the battlefield let someone down. … People are upset because their senior leaders let them down, and none of them are raising their hands and accepting accountability or saying, ‘We messed this up.’ If an O-5 battalion commander has the simplest live-fire, EO complaint — boom, fired.

He called out his Defense Secretary Lloyd Austin, Chairman of the Joint Chiefs of Staff Army Gen. Mark Milley, and others. His video went viral. As of September 30, it has been shared about 66,000 times and has 77,000 likes and 10,000 comments.

On Monday, his parents wrote in an update:

It is with a heavy heart that we, his parents, are informing you that our son, Lt. Col. Stuart Scheller, has been incarcerated by the USMC this morning, September 27, 2021. He was issued a Gag order which he broke this weekend by posting on social media.

Recently, Stu asked to resign; The USMC told us, his parents, that our son serves at the pleasure of the President. They have not accepted his resignation.

Army veteran Sen. Tom Cotton (R-AR) asked Austin about Scheller during a Senate hearing on the withdrawal on Tuesday:

Obviously, this is an issue on which many of our troops and our veterans feel very passionately…One of those service members, Marine Colonel Stuart Scheller posted a very critical video on social media last month and he was relieved of his command for that posting. Media reports today indicate that he is being held in pretrial confinement. Why is that?

Austin referred Cotton to the Marine Corps, saying, “I don’t have any specifics of what caused him to be held in pretrial confinement, and I would certainly ask the Marines to provide that insight.” 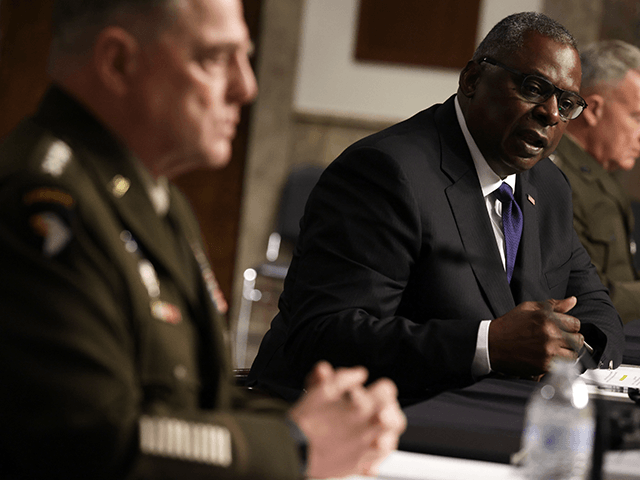 The next day, more than 30 House Republicans issued a letter to the Marine Corps Commandant Gen. David Berger asking that Scheller be released from confinement. Led by Rep. Louie Gohmert (R-TX), they wrote:

The purpose of this letter is to request an expedited review and removal of LTC Scheller from pretrial confinement.

As you know, Rule for Court Martial (R.C.M.) 305 (h) (2) (B), outlines that within 24, 48, and 72 hours of confinement, the service member’s commander must make a determination or show just cause that it is reasonably foreseeable that the service member: will not appear at trial, pretrial hearing, or investigation, or will engage in serious criminal misconduct, and that lesser forms of restraint are inadequate.

In fact, this confinement appears to be simply for messaging, retribution, and convenience in flagrant violation of R.C.M. 305(h)(2)(B) “a person should not be confined as a mere matter of convenience.” Furthermore, R.C.M. 305(h)(2)(B) also states that LTC Scheller should be accommodated in the “less serious forms of restraint.” For the above reasons, we urge you to use your considerable authority to correct this misapplication of law and immediately remove LTC Scheller from his confinement.

Given his excellent record and more than 15 years of dedicated service, we do not believe and have seen no evidence that LTC Sheller poses a grave risk of criminal misconduct. It is our understanding that some member offices have emailed the governments counsel Mr. Troy Campbell troy.h.campbell@usmc.mil with no response or feedback on the upcoming reevaluation hearing. It is imperative that Members of Congress be afforded an opportunity to conduct their oversight duties with respect to military justice. For the aforementioned reasons we request that LTC Scheller be released from pretrial confinement and be housed in the least restrictive form of housing.

In a letter to the U.S. Marine Corps Commandant, my colleagues and I have asked that LTC Stuart Scheller be released from pretrial confinement: pic.twitter.com/vTSBXTvKvh

Many of the members made their own statements on Twitter:

It’s outrageous that the only military official who has borne any consequence over the botched Afghanistan withdrawal is LtCol Scheller, who sought accountability from civilian and military leadership. My colleagues and I demanded he be removed from confinement immediately. pic.twitter.com/gM3IRGWwox

It’s asinine that LTC Scheller is unjustly confined, while the “woke” generals won’t be held responsible for anything.

If the Afghanistan withdrawal was botched under Trump and Scheller spoke up, he would be treated as a hero by Dems and the media. And everyone knows it. https://t.co/fceMYgt9jY

I’ve joined colleagues calling for the release of Marine Corps LTC Stuart Scheller. It is shameful that the only person in uniform to boldly demand accountability for the failures in Afghanistan is jailed. Release Scheller; fire Austin and Milley. pic.twitter.com/9xhUC8VzcF