Food shortages were reported to be spiking across the country Tuesday as President Joe Biden struggles to resolve the supply chain crises crippling the nation.

“People are hoarding [food],” CEO and founder of Saffron Road, a producer of frozen and shelf-stable meals,  Adnan Durrani told the Seattle Times. “What I think you’ll see over the next six months, all prices will go higher.”

He spoke as evidence shows food costs have dramatically risen since 2020 with meats, poultry, fish and eggs increasing by 10.5 percent.

The increasing food costs have impacted the ability of suppliers to meet the demands of retailers. Durrani warned he is “keeping about four months’ supply on hand instead of the typical one or two months.” 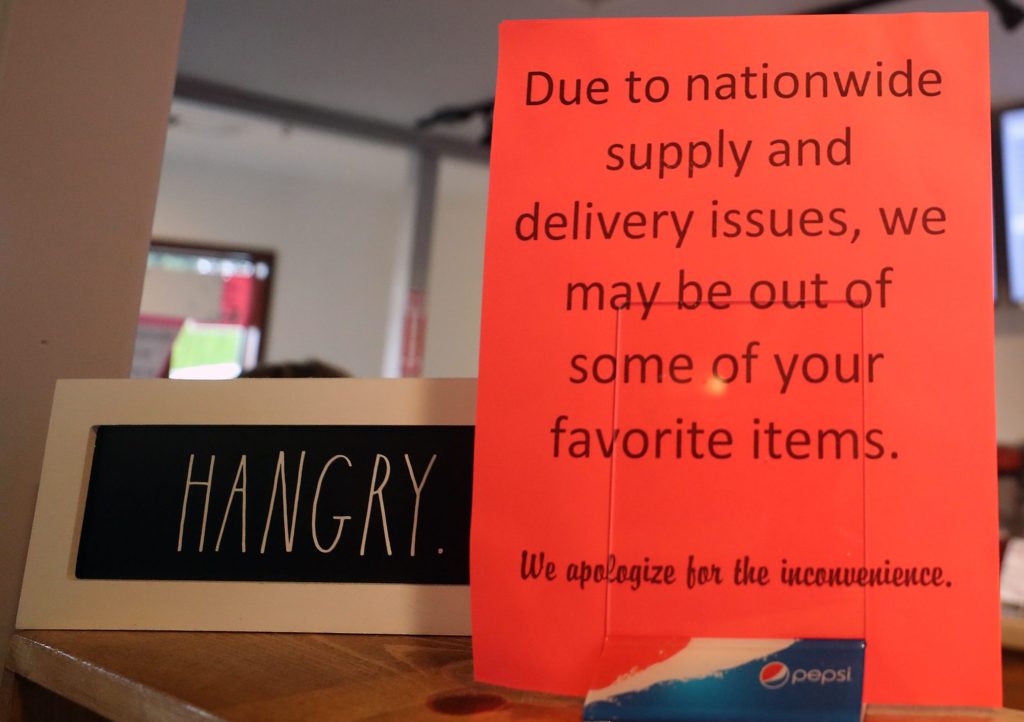 The new food shortage has restaurants rearranging their business operations, which is impacting other business outside the food chain. A&W Restaurants reportedly canceled their marketing contract to sell more chicken tenders because chicken supplier ran out of poultry to sell. “Instead, the chain, which has about 560 locations domestically, went with chili-cheese fries.”

Kevin Bazner, CEO of A&W Restaurants told the Times the marketing was changed to reflect the shortage of chicken. “Rather than running short, we replaced the promotion with something we could get,” said Bazner, noting only 80 percent of his orders from suppliers are being received by his restaurants.

A large manufacturer of farm cooperatives, Land O’Lakes, told the publication the shelves at stores at less stocked due to Biden supply chain crisis. “The challenges in the supply chain continue to be issues such as driver shortages, labor and congestion at the ports,” chief supply chain officer Yone Dewberry explained.

On Tuesday 100 vessels were waiting off the Los Angeles coast to unload their freight full of goods consumers are looking to buy. But because the port was full of containers, the ships may have to wait up to two weeks to unload their goods.

Meanwhile, Transportation Secretary Pete Buttigieg has been on paternity leave with his husband and two children.

While Buttigieg has been away from the office, the White House has been reportedly questioning whether to deploy the National Guard to confront the crisis.