President Joe Biden broke his silence Monday about the deadly incident at a Christmas parade in Waukesha, Wisconsin on Monday.

Five people were killed and 40 wounded after an SUV plowed into a crowd of people celebrating at the parade.

The president commented on the tragedy at a White House event announcing his choices to the Board of Governors of the Federal Reserve.

“An entire community is struggling, struggling to cope with the horrific act of violence,” Biden said about the Waukesha community.

Biden referred to the 59th Annual Waukesha Christmas Parade as “the holiday parade in Wisconsin” and lamented the five lives lost in the incident.

Police arrested Darrell E. Brooks Jr. in connection with the violent incident, who was free on a $1,000 bail on November 16 despite a history of violent crime including “two felony counts of second-degree recklessly endangering the safety of others using a dangerous weapon” according to the Milwaukee Journal Sentinel. 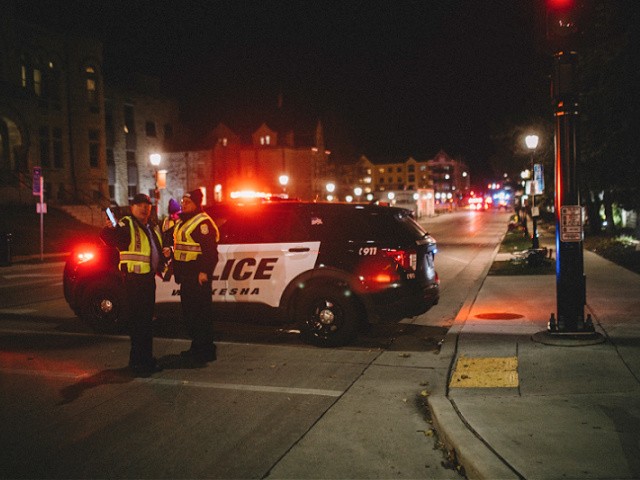 WAUKESHA, WI – NOVEMBER 21: Police and emergency personnel work on a crime scene on November 21, 2021 in Waukesha, Wisconsin. According to reports, an SUV drove through pedestrians at a holiday parade, killing at least one and injuring 20 more. (Photo by Jim Vondruska/Getty Images)

A statement Monday from the Milwaukee County District Attorney’s Office said that bail was “inappropriately low” for Brooks.

The president acknowledged that the full facts and details in the investigation of the case were not completed, but he offered prayers for the victims.

Last night the people of Waukesha were gathered to celebrate the start of a season of hope and togetherness and Thanksgiving. This morning, Jill and I and the entire Biden family and I’m sure all of us pray that that that same spirit’s gonna embrace and lift up all the victims of this tragedy, bringing comfort to those recovering from the injuries and wrapping the families of those who died in the support of their community.

Biden praised the first responders, doctors, and emergency room personell who responded to the incident and said he was in touch with state and local officials about the response.

“My administration is monitoring this situation very closely,” he concluded.