President Donald Trump tested positive for the coronavirus three days before the first presidential debate with Joe Biden in September 2020, according to a new book by his former chief of staff Mark Meadows.

After Trump tested positive, he took another test that showed up negative, Meadows wrote, which led staff to believe he could still attend the debate.

The Guardian first reported details of the book by Meadows.

The new information has already prompted reporters to question whether Trump actually had the coronavirus before the debate.

“Hours after he received the call from Meadows informing him of a positive test, Trump came to the back of Air Force One without a mask and talked with reporters for about 10 minutes,” New York Times reporter Michael Shear observed on social media. “I was wearing a mask, but still got COVID, testing positive several days later.”

Former President Trump called the report “Fake News” in a statement to reporters after cable news featured the new information on Wednesday morning.

“The story of me having COVID prior to, or during, the first debate is Fake News,” Trump wrote. “In fact, a test revealed that I did not have COVID prior to the debate.” 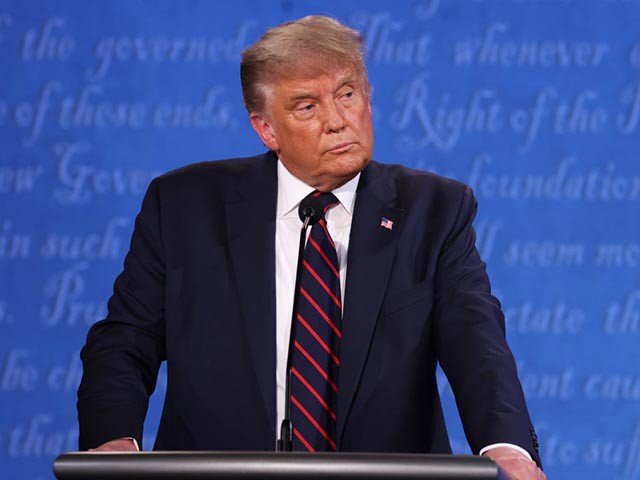 According to Meadows’ book, Trump’s doctor informed him of the president’s positive test as Trump traveled to a political rally in Pennsylvania on September 26.

When Meadows called the president to inform him of the positive test, Trump replied, “Oh shit, you’ve gotta be fucking kidding me.”

He said Trump’s positive test was from an older testing kit and doctors used a more modern system to test the president again.

Trump arrived at the presidential debate on September 29th as if nothing had happened, delivering his most confrontational debate performance against Biden.

Three days after the debate, Trump announced on social media that he and his wife had officially tested positive for the virus.

Meadows’s book “The Chief’s Chief” will be released on December 7th.