The decorated State Dining Room celebrated the “Gift of Family,” the White House said, and the six stockings hanging over the fireplace were for Naomi, 27, Finnegan, 21, Maisy, 20, Natalie, 17, and Robert Hunter Biden II, 15, and little Beau, 1, according to the “Today” show. Hunter Biden’s 3-year-old daughter, Navy Jones Roberts — who was born out of wedlock to a stripper — was reportedly not included in the festive display. The family reportedly has not met the child.

The White House on Tuesday shared photos of the decorations and one picture appeared to show the stocking display between two Christmas trees: 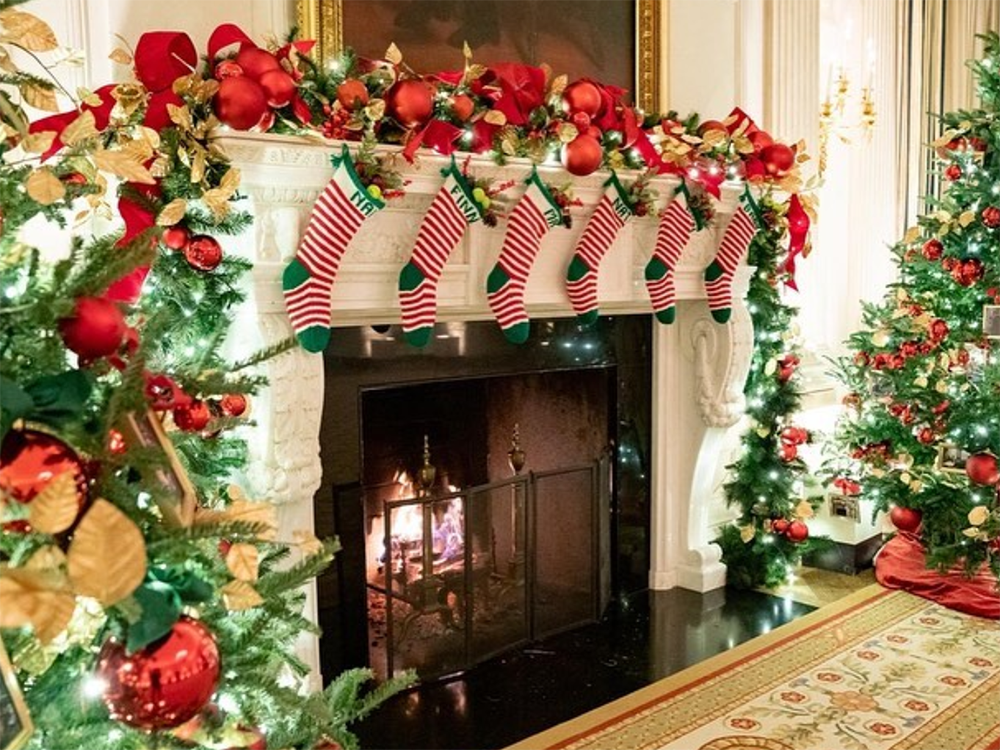 Fifty-one-year-old Hunter previously denied being the father of Navy because he claimed he had “no recollection” of meeting the child’s mother, Lunden Alexis Roberts.

“That’s how little connection I had with anyone. I was a mess, but a mess I’ve taken responsibility for,” he wrote in his recent memoir titled Beautiful Things.

A DNA test established Hunter Biden as the father of the baby born out of wedlock in Arkansas, according to a motion filed in the state by the child’s mother’s legal counsel, Breitbart News reported in November 2019.

“In an October interview with Hunter Biden in October, ABC News’s Amy Robach did not ask the former vice president’s son about allegations that he fathered a child outside of marriage,” the article said.

“In May, Lunden Alexis Roberts sued Hunter Biden, filing a petition against him for paternity and child support,” it continued.

The Post reported that Roberts was on the payroll for Hunter’s consulting firm while she was pregnant in 2018 but was removed from its insurance plan once she gave birth, according to texts reviewed by the outlet.

Meanwhile, Hunter Biden was reportedly hailed as the “True sheikh of Washington” by former British SAS officer James Gilliar, who had close connections to one of the biggest energy companies in the world allied closely with the Chinese Communist Party, emails from Hunter’s “laptop from hell” showed.